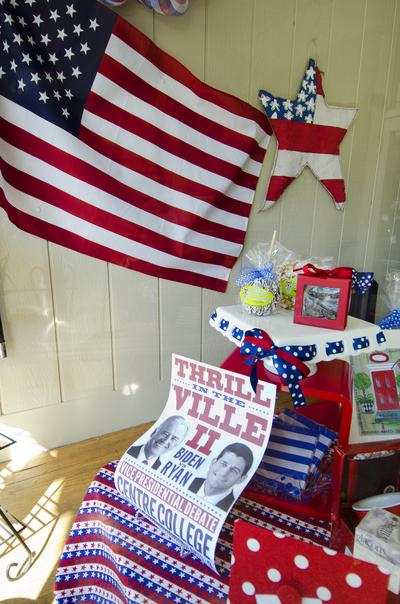 Shops in Danville, Ky., are decorated for thousands of media, political operatives and spectators expected to arrive for Thursday's debate. 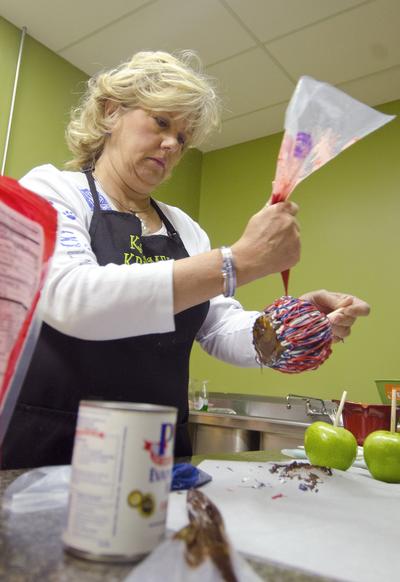 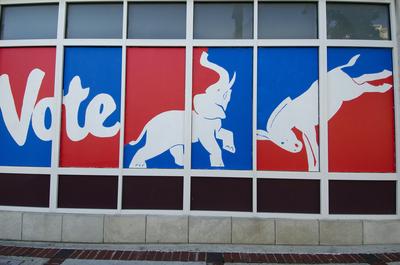 A sign in the windows of a business in downtown Danville promote the city's national exposure because of Thursday's vice presidential debate at Centre College. 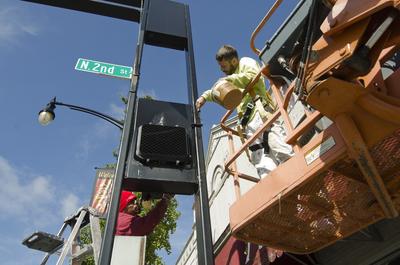 Shops in Danville, Ky., are decorated for thousands of media, political operatives and spectators expected to arrive for Thursday's debate.

A sign in the windows of a business in downtown Danville promote the city's national exposure because of Thursday's vice presidential debate at Centre College.

Company’s coming, and residents of this central Kentucky hamlet can hardly wait.

On Thursday evening, Danville's cultural epicenter, private Centre College, enrollment 1,340, will be the setting for the country's only chance to see vice presidential candidates Paul Ryan and Joe Biden debate during the fall election season. People in this city of 16,000 are preparing for a phalanx of media, political operatives and spectators.

"We're thrilled! Why wouldn't we be? This is grand, and we're just tickled to death," said resident Jan Nallinger.

Danville is sprucing up just as any hospitable host would.

This weekend, windows in the Maple Tree Gallery were decked out in bunting, patriotic merchandise and a poster promoting the debate, "Thrill in the 'Ville."

Next door, at Karamel Kreations Gourmet Caramel and Gifts, owner Beth King and her husband, Jeff, were dipping caramel-covered apples in red, white and blue chocolate.

Down the block, Chris Corman and another worker were putting a fresh coat of paint on a structure supporting an overhead street sign.

“We’re trying to clean everything up and make it look real pretty for our visitors,” said Corman.

Thursday's spotlight on Danville is sure to be especially intense as the undercard debate of presidential running mates attracts heightened interest.

Inside the Maple Tree Gallery, the campaign is unfolding symbolically - and fragrantly - as owner Julie Nelson sells slices of red, white and blue soap. For $8, customers can express their political loyalties by choosing a donkey or an elephant.

The soap poll isn't especially even.

"We’re on our second loaf of Republican soap, but we’ve sold just half a loaf of Democratic soap," said Nelson.

Indeed, it seems to mirror Kentucky's red-state politics. Obama had a poor showing here in the 2008 primary and general elections, and he's expected to lose to Romney by a large margin come November.

But Nelson's straw poll may soon be skewed by out-of-towers.

Nelson said she's already been visited by a number of visitors lately, including a young couple from London, England, who arrived for this weekend's 150th commemoration of the Civil War Battle fought in nearby Perryville. A reenactment there was expected to draw 2,500 participants and 25,000 spectators.

Danville's visitors will include Secret Service agents who've rented an entire section of a local hotel, and the broadcast networks, expected in town Sunday and Monday.

Two national media outlets are negotiating to rent the Bluegrass Pizza and Pub downtown - one for a debate forum, the other to entertain VIP guests - though owner Colin Masters was reluctant to give specifics until details are final.

The college, just three blocks from downtown, hosted the 2000 vice presidential debate between Dick Cheney and Joe Lieberman. The Commission on Presidential Debates was so impressed, it chose Center, and Danville, again this year.

"It's a bigger show this time," said Dr. Clarence Wyatt, professor of history, who co-chaired the 2000 debate and has the same role this year. "It's more complex in every way. It's post 9/11, and there's an incumbent this time."

Security is noticeable tighter than it was eight years ago. Only those with official credentials are allowed inside a secure zone, cordoned off from the rest of the college with concrete barriers topped by chain link fences.

The debate will take place inside the college's Norton Performing Arts Center, next to a field where Michael Strysick, the college's communications director, expects 70 satellite trucks to set up.

Despite all of the attention, crowds and security, everyone in Danville has been all smiles.

Joe Feather, 63, operations manager for a nearby water district, said he’s so tired of politics, he’ll just be happy when it’s all over. He has no plans to attend - or even watch - Thursday's debate.

“I’m tired of all the ads,” said Feather. “They ought to pass a law that all those ads have to be on between midnight and 6 a.m., and never on during a football game!”

He may be dreading this week. But no one else in Danville seems to be.