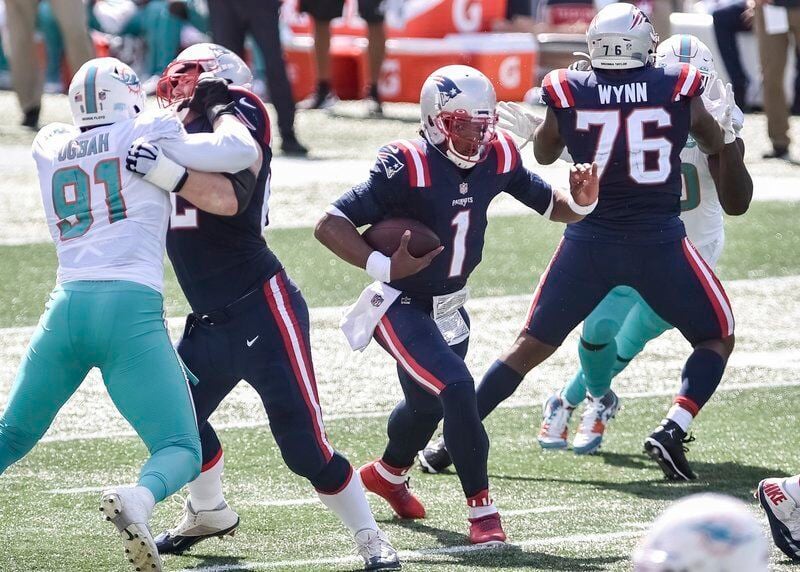 New England Patriots quarterback Cam Newton runs through the line for a gain during Sunday’s game against the Miami Dolphins at Gillette Stadium. 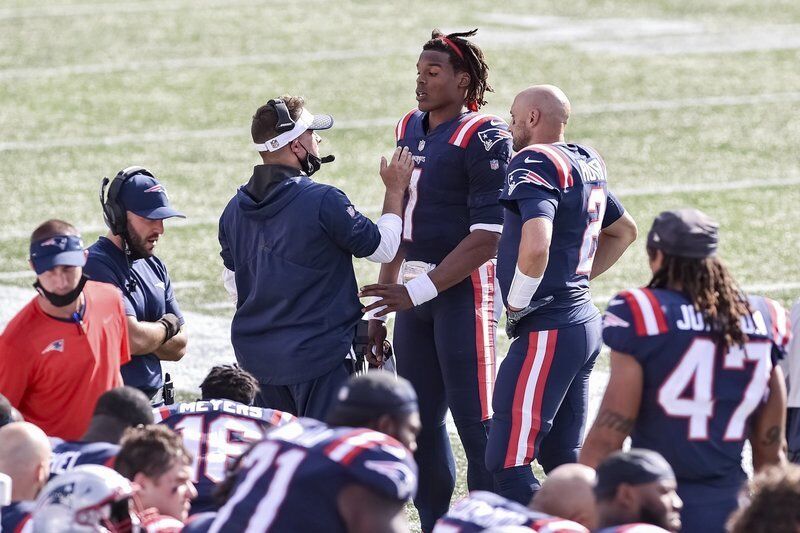 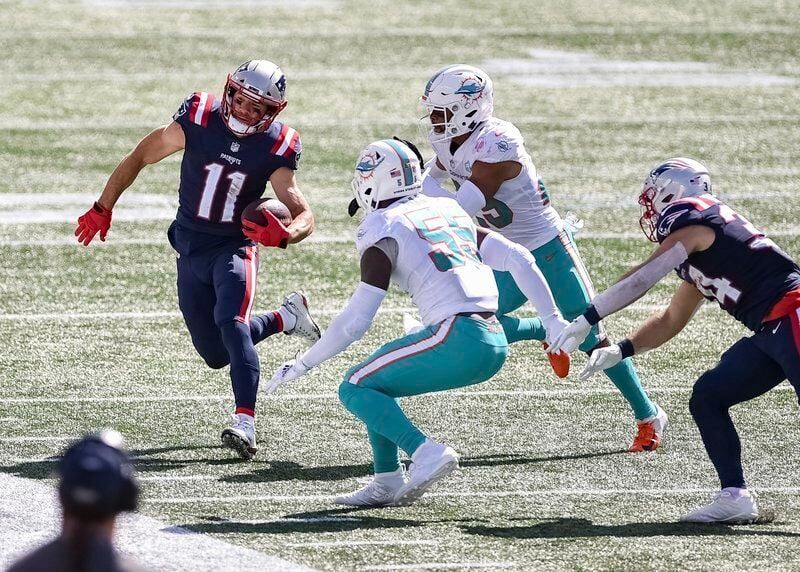 New England Patriots wide receiver Julian Edelman rushes out of bounds after a catch Sunday against the Miami Dolphins. 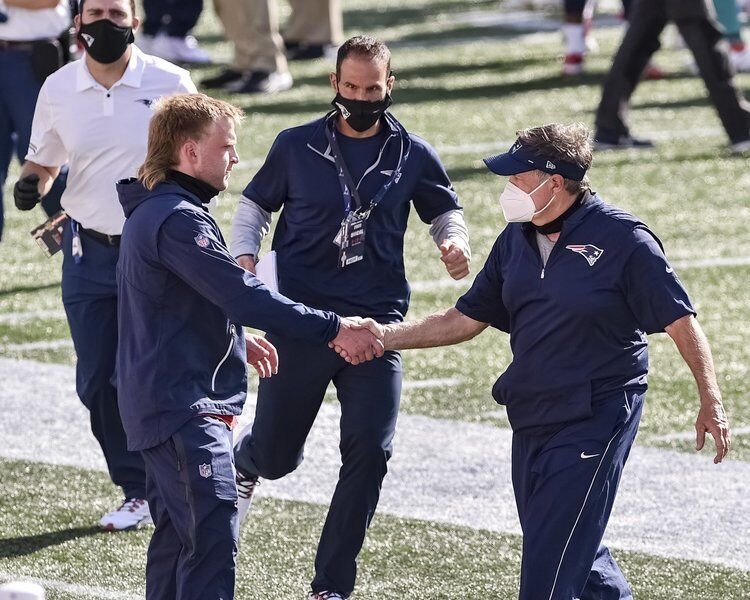 New England Patriots quarterback Cam Newton runs through the line for a gain during Sunday’s game against the Miami Dolphins at Gillette Stadium.

New England Patriots wide receiver Julian Edelman rushes out of bounds after a catch Sunday against the Miami Dolphins.

FOXBOROUGH — It was 12:46 p.m. on a Sunday. I sat in the south end zone of Gillette Stadium, directly behind the uprights, among 360 seats in the section.

Absolutely nobody was on the field other than two ball boys for the Dolphins and three staff members for the Patriots.

It was 19 minutes before kickoff of an NFL game, Patriots hosting the Dolphins.

Was there really going to be a game? Where the heck is everybody?

It was weird, as in Weird 101. Probably a lot like the first day of virtual school.

We’ve all been to football games where we hear nearly everything, including players or coaches cussing. I heard cussing yesterday.

But after watching the NFL become the full-fledged force it has become on the national sports landscape, America’s favored sport, these were uncharted waters at 1 Patriot Place in Foxborough.

The Dolphins fourth and 1 to open the fourth quarter? Normally, fans are losing their voices and the opposition can’t hear itself think. Instead, there was the sound of silence. I actually heard, from 50 yards away, Dolphins quarterback Ryan Fitzpatrick yell out “Number 51 is the mike (middle linebacker)!” and then, “Watch number 50!”

First-time Patriots quarterback Cam Newton is a world-class entertainer. (Did you see the yellow suit he wore to work on Sunday?)

And entertainers need an audience. They just do.

Newton’s first running play, called by offensive coordinator Josh McDaniels, deserved a standing ovation. We knew it was coming, but it was a baton-passing event. A new era of Patriot Way football had begun; Tom Brady never did that!

Other than the reactions of a few of his teammates, it was received like just any other run.

This was the entire day.

About 20 minutes before the opening kickoff, there was nobody on the field. There was no music blaring.

“Is there really a game in 20 minutes?” I said to myself.

There was. And it was, as expected, pretty boring.

Was it the teams, both predicted to be near the .500 mark when all things are said and done in late December?

Maybe a little. But it was more the “quiet.”

Like the first touchdown run by Newton: We were waiting for something funny, wild, like his pregame suit. Instead there was a little celebration, a few teammates jumping up, but then it was over.

The second touchdown run by Newton would’ve warranted a joyous, one-minute standing ovation peppered with yells like “How ya doin’ now Brady?”

The Patriots won the game in ugly fashion with an ugly score, 21-11.

It was unlike anything Julian Edelman had seen ... since junior college.

“It reminded me at times of my time at College of San Mateo,” said Edelman, who had five receptions for 57 yards and a huge 23-yard run for a first down (also a 15-yard unsportsmanlike penalty) on the last scoring drive for the Patriots.

“It was a full love-of-the-game-type mentality out there,” he added. “You could hear the other guys. They could hear you. ... It was obviously unfortunate that we don’t have any fans, that energy, (which is) amazing. It brought me back to high school, junior college.”

It was all about getting the “W” and finally playing real, rock ‘em, sock ‘em football.

“After all of what we have been through for the last whatever it’s been, however many months, it’s good to actually get out on the field and coach and play,” Belichick said. “And the environment was different than what it has ever been before, but the opportunity to get out there and play and compete was good. Proud of the way these guys have handled everything.”

Newton and the fans lost an opportunity to form a bond.

Newton did everything as advertised, completing 15 of 19 passes, and rushing for 75 yards.

He deserved the cheers — and the fans deserved his usual show in the end zone.

That will have to wait, though. Maybe, it’ll happen a month from now, or maybe two months. But the wait’s going to be difficult, not only for Patriots fans but all fans to watch.

Football is about adjustments. We — players, coaches, media, fans, etc. — are going to have figure this all out on the fly.

You can email Bill Burt at bburt@derrynews.com.