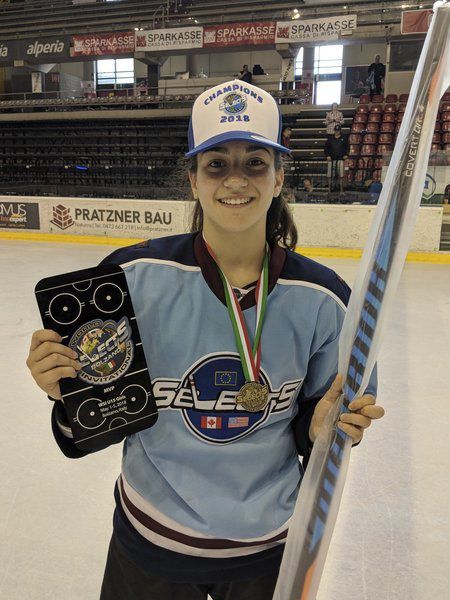 Langlois Family Courtesy photoMia Langlois was named MVP of the World Selects Invitational U15 tourney last May in Italy. 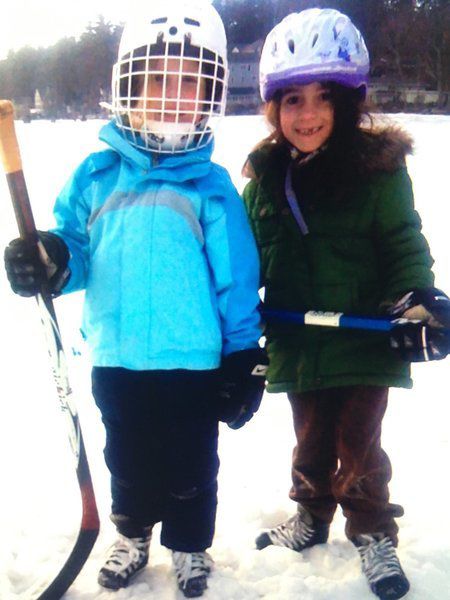 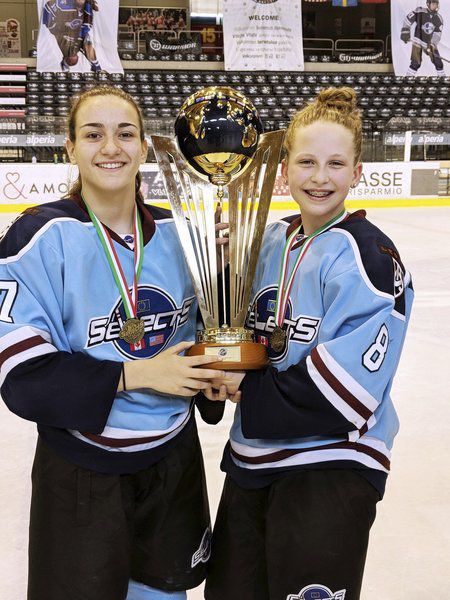 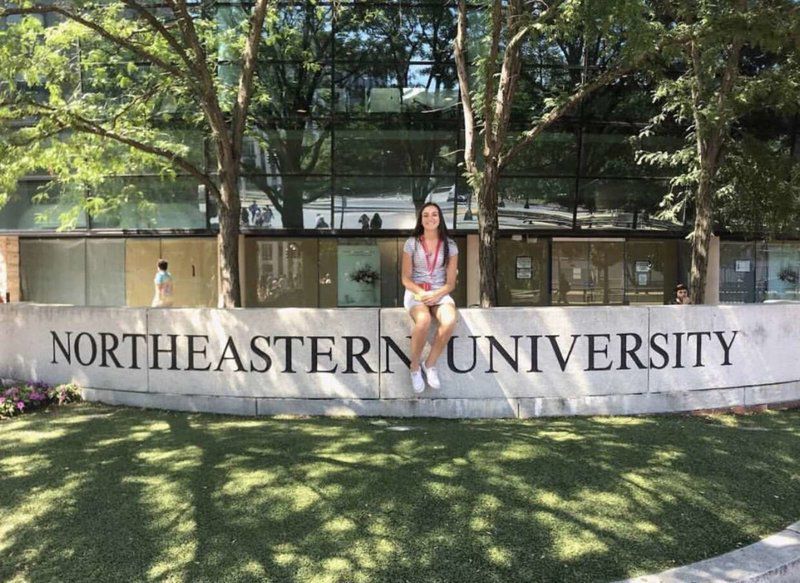 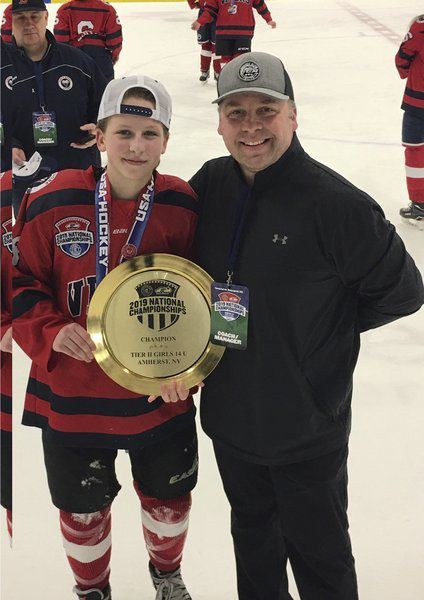 Langlois Family Courtesy photoMia Langlois was named MVP of the World Selects Invitational U15 tourney last May in Italy.

WINDHAM — Mia Langlois committed to a hockey scholarship to Northeastern last August, just before she began her freshman year at Cushing Academy.

While that may seem remarkable, her close friend from Windham, Julia Pellerin, had committed to Boston College in May. She was one of the youngest commits in the history of the sport ... still in 7th grade and five months shy of her 14th birthday.

Pellerin will graduate from Windham Middle School this spring, head to New Hampton School in Andover, New Hampshire, in the fall then head to the Heights to play for Salem High and Olympic hockey legend Katie King Crowley at BC.

“I personally don’t know anyone else who has committed in 7th grade. It’s always been my dream school since I was a little girl,” said Pellerin, not immediately realizing the irony of the “little girl” comment.

She continued, “The opportunity arose so I thought it was the right decision for me. A lot of my classmates were confused. They didn’t understand the concept. The teachers, too. They asked, ‘Wait, what did you say?’”

Folks in Durham (UNH had already offered) and Orono, Maine, were no doubt disappointed by Pellerin’s verbal commitment.

Her dad is former University of Maine great Scott Pellerin, who won the Hobey Baker Award as college hockey’s top player in 1992.

“BC just felt like the right fit,” said Julia, who also is a standout in field hockey and lacrosse. “It felt like home.”

Langlois and Pellerin have been an unstoppable 1-2 punch for years now including many years in the Windham boys program. The journey has only begun to wind in different directions with their college (and high school!) decisions.

Langlois said of her college commitment, “It’s pretty cool. There was a lot of pressure during the process. It was exciting, scary, overwhelming … all my emotions.”

Of course, nothing is official for the college or the player until they sign the official scholarship during their senior year. Young teens obviously are prone to change their mind. Schools, too, can change their minds.

But it seems like Northeastern and BC will have their fingers crossed.

This after some brilliant play with the North Shore Vipers club team out of Tewksbury last year with 41 goals and 21 assists in 42 games.

Playing for the East Coast Selects, she was MVP of the World Selects Invitational U15 tourney last May in Bolzano, Italy, against squads from Finland, Sweden, Russia, Italy, and Canada.

Pellerin also starred in Bolzano and recently led the Vipers to the U14 Tier 2 national championship.

Pellerin, a 5-foot-4 center, isn’t a Bruins fan. No, not when dad is senior director of player development with the Toronto Maple Leafs, Boston’s first-round playoff foe.

He has been there every step of the way.

Julia said, “I’m one of the very lucky people to have him as dad and as coach. I really look up to him every day, on and off the ice. He knows when to push me and when to ease up.

“He always said, ‘Do what you want you to do.’ If you don’t want to play any more, stop. If you want to go to the rink all the time, do it.”

Hockey and sports are in her blood. After Maine, Scott Pellerin, a New Brunswick native, played 536 games (72 goals, 126 assists) in the NHL with the Devils, Blues, Wild, Hurricanes, Bruins, Stars and Coyotes.

Her great-grandfather, Sammy McManus, played 26 games in the NHL including one game in 1935-36 with the Bruins. Her brother, Jacob Pellerin, is a Windham High senior who plays for the Northern Cyclones squad and sister, UMaine sophomore Jordan Pellerin, played tennis and field hockey at Windham.

Mom, Jen (Staton) Pellerin, was an athlete at Pinkerton. Julia is a natural on the ice and also is well beyond her years dealing with the media.

She has an advantage there, too, as her uncle, Jen’s brother Jamie Staton, is a popular sportscaster at WMUR-TV in Manchester, where he has worked for 21 years.

Mia Langlois, who also plays soccer and softball (part-time starter at first base), comes from impressive stock, too.

The youngest of three children of Tom and Michele Langlois, her sister, Brianna, was a Windham field hockey star and is now an accomplished student-journalist at Syracuse University. Her brother, Tommy, is a hockey and baseball standout as a junior for Windham.