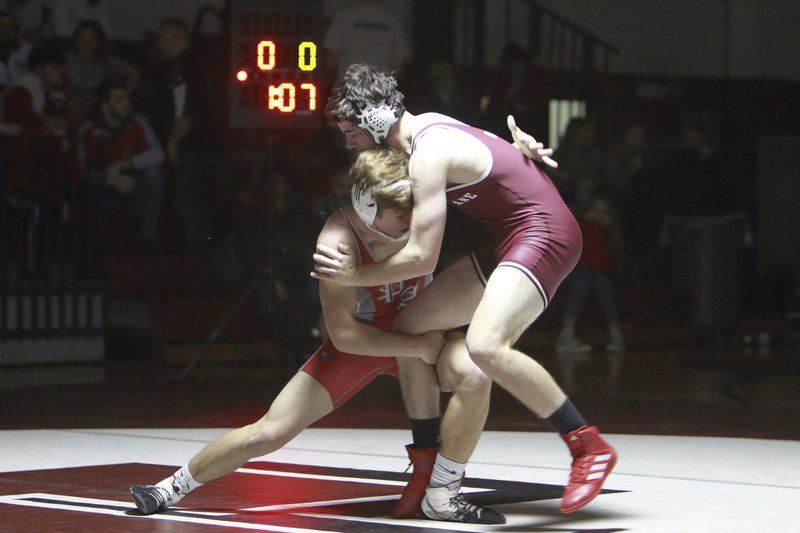 Photo courtesy of Zdrada photosPinkerton’s Jack Mackiernan (left in red), goes for a takedown against Timberlane’s Joe Friel. Mackiernan won with a pin. 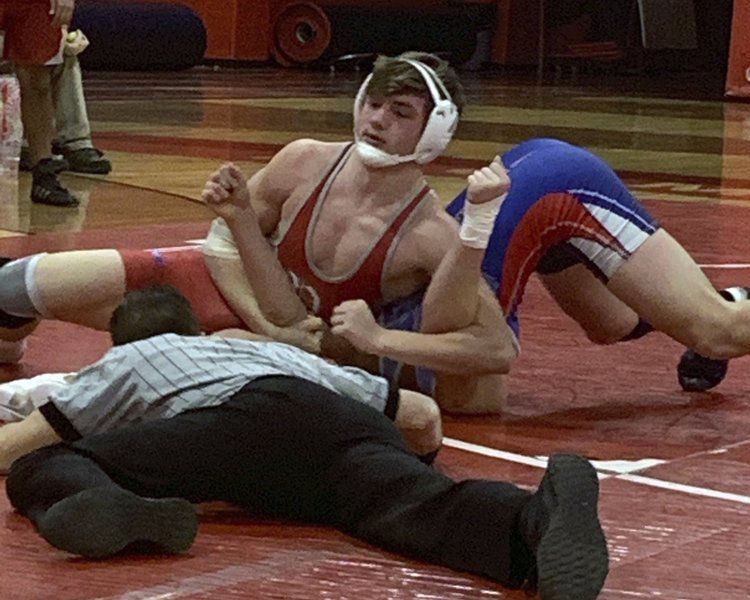 Courtesy photoPinkerton wrestler Jack Mackiernan goes for the pin in a match earlier in the season.

Photo courtesy of Zdrada photosPinkerton’s Jack Mackiernan (left in red), goes for a takedown against Timberlane’s Joe Friel. Mackiernan won with a pin.

Courtesy photoPinkerton wrestler Jack Mackiernan goes for the pin in a match earlier in the season.

Tyler Mackiernan may have graduated last year, but his presence is still felt with the Pinkerton wrestling team.

To recognize that, all one needs to do is glance over at Mackiernan’s younger brother, sophomore Jack Mackiernan. While he’s certainly a different personality, they have a lot in common, especially on the mat.

Both were almost equally successful last year. Tyler was a Division 1 state champion at 152 with Jack third at 160 and then Jack, who was 25-18 overall for the season, was runner-up at the Meet of Champions with Tyler taking third.

And, in some ways, they’re also alike on the mat according to Jack. “We both like to use legs to our advantage and we’re similar in other ways,” he said.

But, said Jack, “my brother is more of a neutral guy and is better at takedowns than me. That’s something that I need to get a lot better at.”

Fortunately, Jack has just the teacher in his brother, starting last year in the Astros’ wrestling room and continuing this year whenever Tyler finds the time. He’s serving as an assistant coach this year at Bedford High School.

“He still gives me advice and works with me when he can,” said Jack. “He’s made me a lot better. When we worked out together last year, he used to beat me up, but I learned from it. I’m still learning.”

The younger Mackiernan appears to have learned well. He owns a 16-3 record with his only losses coming in the finals of the Blue Devil Classic and at the Lowell Holiday Tournament, where he finished fifth.

And it’s only going to get better according to Pinkerton coach Dave Rhoads.

“He’s about where Tyler was as a senior and has the potential to be really dominant,” said Rhoads. “Jack is tough as nails like his brother. ... with strong technique and deceptive strength.

“A student both on the mat and in the classroom, Jack has the potential to go as far as he wants to both in and out of wrestling.”

Although Mackiernan started wrestling in the second grade with the Derry Rebels, partly under the influence, along with his brother, of cousin and North Andover wrestler Matt Messina, what makes his most recent development so impressive is that it’s without much offseason work. Unlike most of today’s standouts, he is not spending numerous hours at a wrestling club.

“I don’t really work out much at all in wrestling (in the offseason) — in the summer I’m mainly getting ready for football,” said Jack, who is a fullback and linebacker for the Astros.

That may change in the future if Jack wants to take wrestling up yet another level but, for now, he’s doing just fine — with a little help from brother Tyler and the Pinkerton coaches — with his in-season progress.