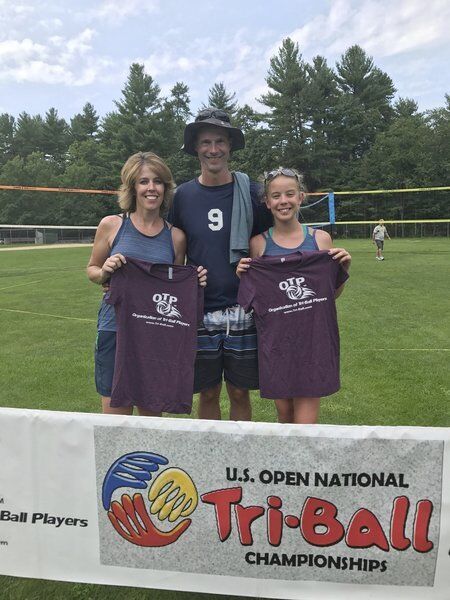 Courtesy photoPinkerton’s Ella Koelb with her parents, father Jay and mother Tracie, after they competed together in a tournament when she was 13-years-old. 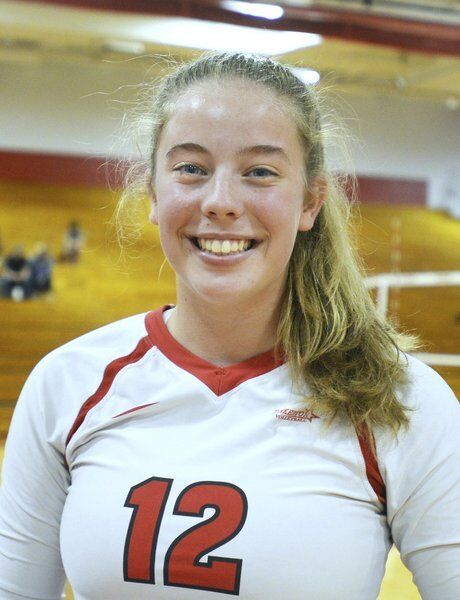 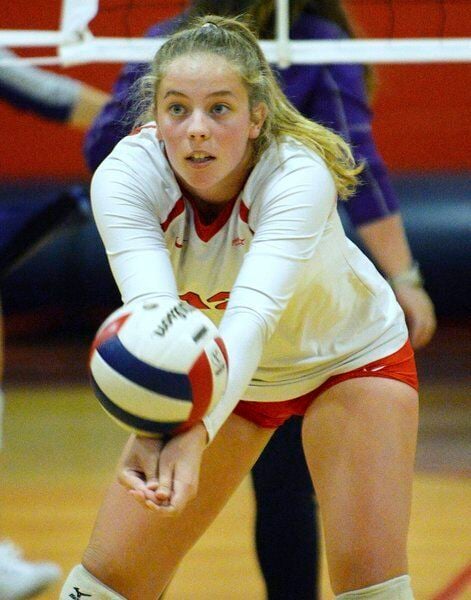 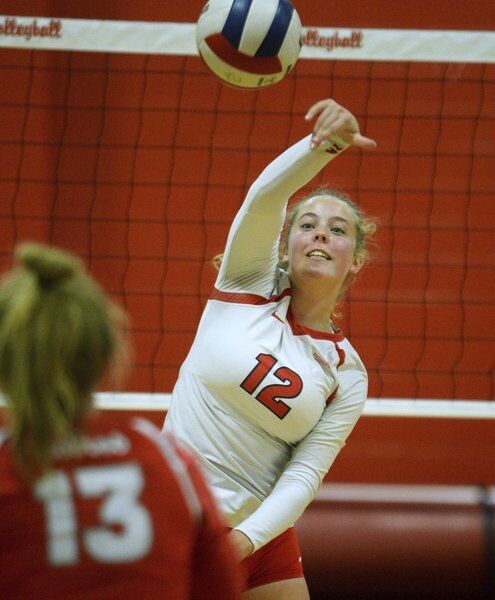 CARL RUSSO/Staff photoAlthough listed as a setter, Pinkerton Academy junior Ella Koelb is just as adept at the net in attack mode.

Courtesy photoPinkerton’s Ella Koelb with her parents, father Jay and mother Tracie, after they competed together in a tournament when she was 13-years-old.

CARL RUSSO/Staff photoAlthough listed as a setter, Pinkerton Academy junior Ella Koelb is just as adept at the net in attack mode.

Ella Koelb will probably be the first to admit that she owes a debt of gratitude to older sister Jocelyn.

But, the way it’s looking, so do her teammates on the Pinkerton volleyball team.

Koelb, a 5-foot-9 junior from Auburn, is back as the Astros’ setter and a key player on a team that was 17-3 last year, but is regrouping in the wake of losing several standout players to graduation.

“Ella really knows the game and does a lot for us,” said Pinkerton coach Todd Royce, whose team is off to a 2-1 start. “She is a very important player for us.”

Koelb demonstrated her importance, and versatility, in Pinkerton’s opener, even if it wound up being a loss to archrival Londonderry. In addition to leading the Astros in assists as expected, she was also the team leader in kills (9) and blocks (2).

When Pinkerton faced Londonderry later that week, Pinkerton won in straight games, 3-0, and Koelb not only led the team in assists but also service points (19) and aces (8).

“We were just a little off the first time we played them,” said Koelb. “I think we were still figuring things out.”

Koelb figured out long ago that she wanted to immerse herself in volleyball — thanks to her older sister, Jocelyn.

When she was in elementary school, her mother used to drag her along to Jocelyn’s volleyball practices. After a short time, she didn’t mind at all.

“I really took to it (volleyball) and that’s when I started playing,” said Koelb.

Ironically, Jocelyn, who is now a freshman at Northeastern, did not continue in volleyball. But her younger sister has been going non-stop ever since, first playing for the Latitude 42 team and, more recently, Dynamo New Hampshire, when not suiting up for Pinkerton.

She is also regularly playing in outdoor “grass” tournaments, which — like beach volleyball — features just two players per side. “I think that’s helped me the most because you have to cover so much ground and you have to play all over,” she said.

Although Jocelyn has gravitated away from the sport, volleyball is definitely a family affair for Koelb. Her father, Jay, was a 6-foot-3 middle hitter at UNH while her mother, Tracie, played “opposite” at St. Anselm College. They actually met while playing volleyball at a YMCA.

“They have definitely been an influence,” said Koelb. “They coached me when I was younger and they still play some (volleyball).”

Koelb has pretty much always been a setter. As a freshman, she swung between JV and varsity, backing up talented Ella Dandrade. Last year, she settled in as the starting setter when Dandrade moved to outside hitter.

Playing as a freshman behind Dandrade, who was the Eagle-Tribune MVP last year and was named to our All-21st Century team, was definitely a learning experience for Koelb.

“Mostly I learned from her placement of the ball — she (Dandrade) was very consistent,” said Koelb, who is hoping to play college volleyball one day. “She was scrappy and just very good all-around.”

Interestingly, those comments are the kind that are beginning to be made about Koelb herself.

Home to Derry and back

Ella Koelb was hoping for a complete in-school learning experience this year but, because of the coronavirus pandemic, it hasn’t worked out that way thus far. The last two years, she has been studying online at home via the Virtual Learning Academy Charter School (VLACS), the only public online high school in the state. She excelled there last year with a 3.8 GPA.