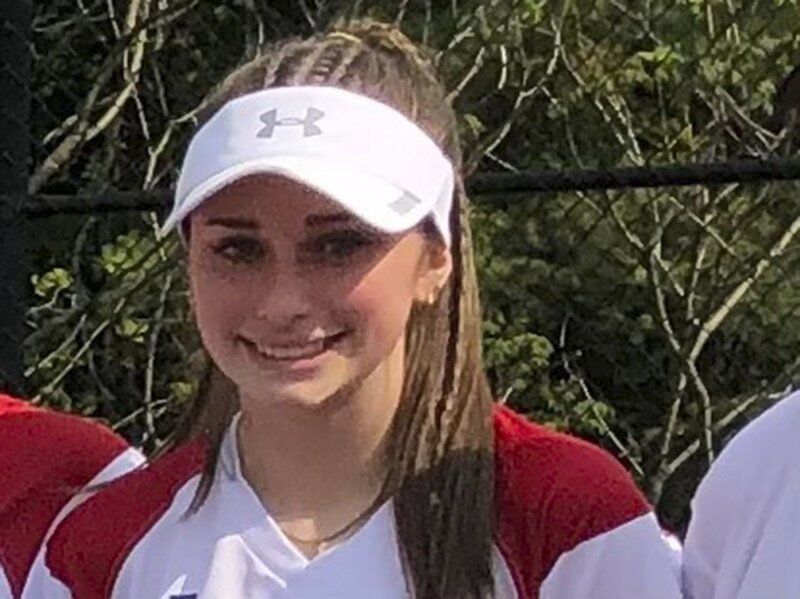 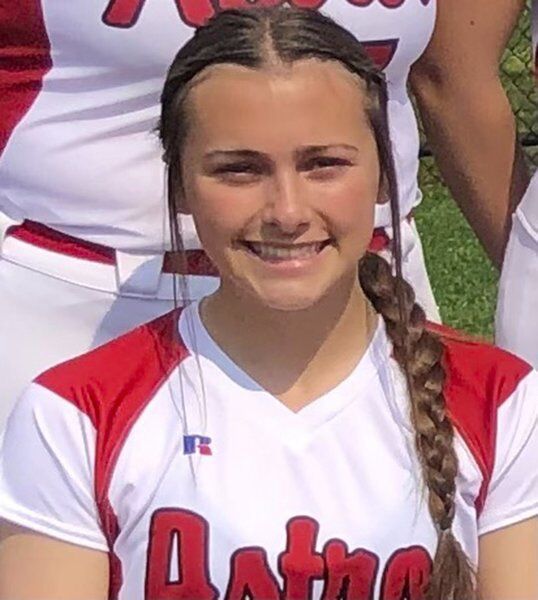 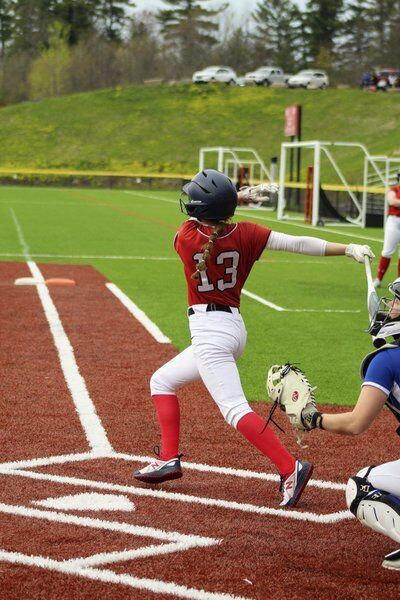 Pinkerton’s Lily Mason is adept as a slap leadoff hitter but she can also drive the ball. 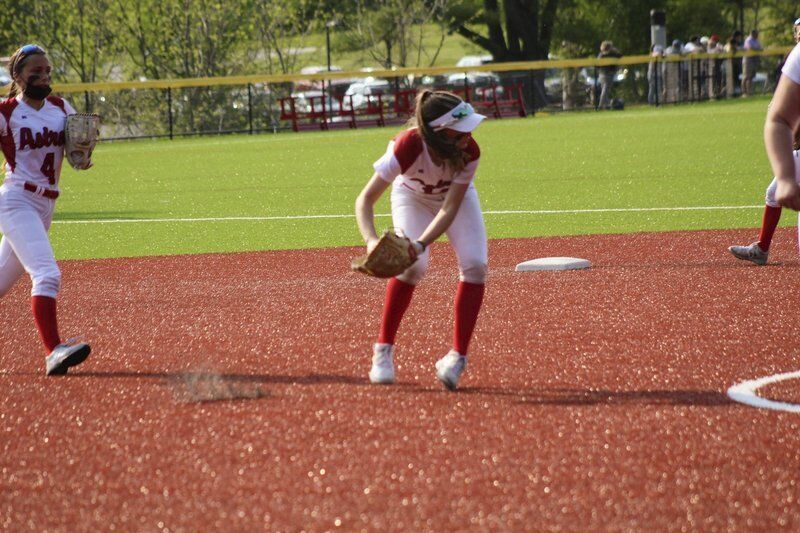 Courtesy photosWith her sister, Olivia, backing her up, Pinkerton’s Lily Mason gets ready to gun the ball to first base.

Pinkerton’s Lily Mason is adept as a slap leadoff hitter but she can also drive the ball.

Courtesy photosWith her sister, Olivia, backing her up, Pinkerton’s Lily Mason gets ready to gun the ball to first base.

That’s something that you’ll often hear softball and baseball coaches yell out at their defense after a contested pop-up, fly ball or ground ball.

It’s not something that Pinkerton softball coach Tom Wall needed to instruct the left side of his infield this year, however. Nor will he next year.

At third base for the Astros this past year was junior Lily Mason while her sister and fraternal twin, Olivia, played shortstop. They not only communicate just fine, but they usually don’t even need to vocalize.

Confirms Lily, who plays centerfield for her travel team, the New Hampshire Prospects: “We feel like we’re always on the same page. We communicate really well. It helps.”

That undoubtedly limits Wall’s concerns defensively and he also has few worries offensively with his sister duo from Derry.

Leadoff hitter Lily batted .367 and scored 21 runs while Olivia, batting third in the order, hit a nifty .436 while scoring a team-high 24 runs.

Despite their defensive proficiency and their offensive production, and that their GPAs are almost identical (3.87 for Lily, 3.85 for Olivia), the twins are really not that similar, either in appearance or as players.

“At Pinkerton, a lot of people didn’t know we were twins or even sisters,” said Olivia.

As players, Lily is a left-handed batter who is adept as a slap hitter while Olivia is a righty with more bat pop. Lily is the faster of the two and has a stronger arm while, both sisters agree, Olivia is a better baserunner and has more range defensively.

Moreover, while they both credit their ability to train and practice together as youngsters (one would pitch, the other catch for years), it’s not like they’re always together now. They have different hitting coaches and often work out at different times.

And, while they’re both focused on being recruited for softball in college, they are pretty much going their own way in that pursuit.

Said Lily: “That’s my main focus right now, getting recruited. I keep working for that and I know she (Olivia) is. I might have an easier time because I play different positions. It might be harder for her because there are a lot of good shortstops.”

That may or may not be true, but it could be a byproduct of the sisters’ competitiveness between them.

“I would say we’re very competitive,” said Olivia. “We do try to one-up each other.”

That’s fine with Wall as long as it continues to result in terrific communication on the field and rubs off on their teammates which, he says, has definitely been the case.