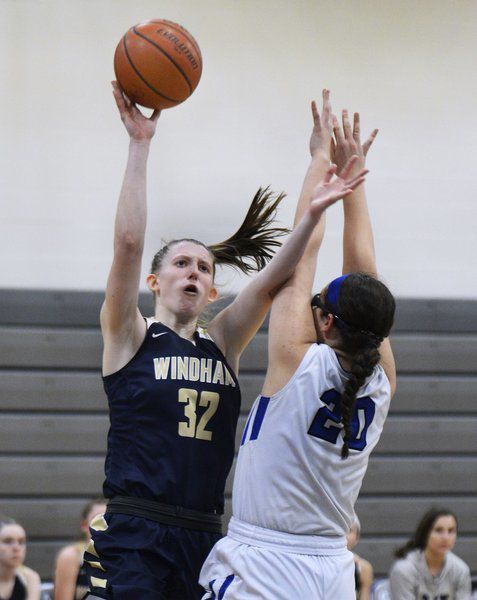 CARL RUSSO/Staff photo.Windham’s Sarah Dempsey can score the basketball many different ways. The junior is averaging 22.2 points per game. 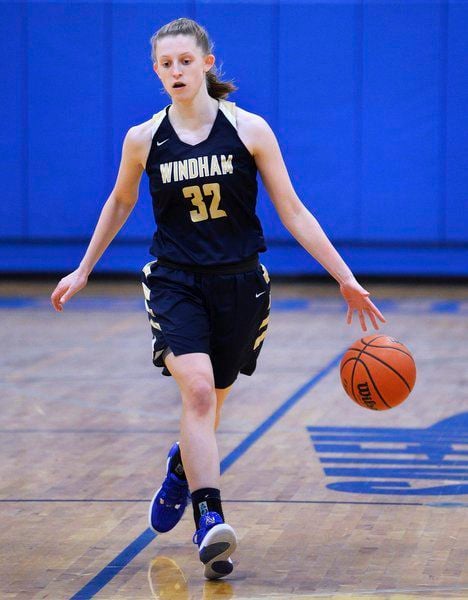 CARL RUSSO/Staff photo.Windham’s Sarah Dempsey has been unstoppable so far this winter. The talented junior is one of the best players in the area. 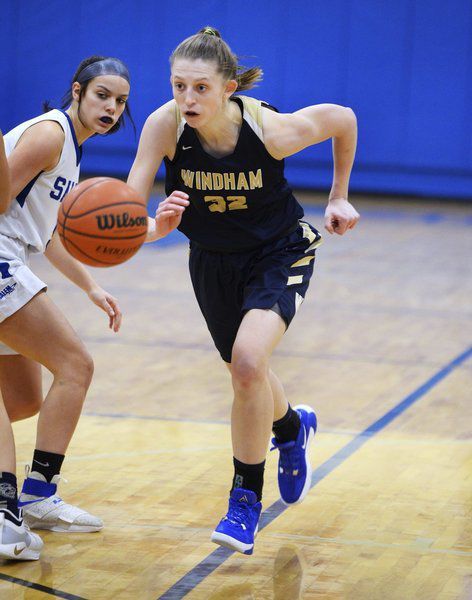 CARL RUSSO/Staff photo.Windham’s Sarah Dempsey, here making a steal against Salem, can do it all on the court.

CARL RUSSO/Staff photo.Windham’s Sarah Dempsey can score the basketball many different ways. The junior is averaging 22.2 points per game.

CARL RUSSO/Staff photo.Windham’s Sarah Dempsey has been unstoppable so far this winter. The talented junior is one of the best players in the area.

CARL RUSSO/Staff photo.Windham’s Sarah Dempsey, here making a steal against Salem, can do it all on the court.

We’re only a few weeks into the winter season, but Sarah Dempsey has already broken a Windham High basketball record — boy or girl.

Playing Winnacunnet in the Portsmouth Holiday Tournament, the 5-foot-10 junior exploded for a single-game school-record 35 points in the win.

Now, Windham High has only been around since 2011, sure. But for any athlete to set a single-game scoring record for their school — again, regardless of gender — is something noteworthy.

And Dempsey took the record from herself.

Yup, she had already broken it with a 32-point performance a year ago.

But that really didn’t come as much of a surprise to Jaguars coach Anne Haky.

“The kid is a star,” said the sixth-year head coach. “Her success is no accident. The kid is a gym rat that just wants to do what she has to do to help her team win.”

Coming into the winter, Dempsey — a three-year starter — was projected to have a big season. She was an Eagle-Tribune All-Star and Second-Team All-Division 1 selection last year who averaged 14.2 points, 6.6 rebounds, 3.3 steals and 1.7 blocks per game.

But she’s been more than just good for the Jags (5-4) so far. She’s flat out dominated.

She’s second in the area in scoring, averaging 22.2 ppg — 0.1 behind Whittier’s Grace Efosa — with five games of at least 20 points or more. The talented forward can dominate in the post, but has a rock-solid jumper and a quick first step to create space off the dribble. She hit 27 3-pointers a year ago, and has continued to be a weapon from beyond the arc this season.

“She’s a scoring machine,” said Salem coach Ricky Oliver, who coaches Dempsey in AAU for the New England Crusaders. “I mean, she can literally beat you by herself. And there’s not a lot of kids in the conference that can do that. She makes everybody better around her.”

Watching Dempsey play, it’s easy to see the talent everyone raves about.

“I definitely put a lot of time into basketball,” said Dempsey. “I love it! I’m in the gym almost every day, or if I’m not than I’ll go for runs to work on my conditioning.

She’s had a lifetime coach in her father, Craig, who played at Dean College and Guilford College in North Carolina. In fact, the entire family has a love of hoops. One of Dempsey’s favorite pastimes has been bullying younger brother Blake in the post during their one-on-one games in the driveway. She admits that: “it’s been a little harder ever since he got taller than me.”

But Dempsey has certainly been the star of the show for Windham.

It’s still a bit too early for a college decision, but Haky believes any program would be lucky to add Dempsey — both the basketball player and the person — to it.

“As her coach, I’m not sure that I personally have made her a better player, but I do know that she has made me a better coach,” said Haky. “Her knowledge of the game, as well as her physical skills, are beyond her years.

“Off the court, she’s a kid everyone wants to be around. She is a member of S.A.L.T., is on the Honor Roll and is part of the SMILES club that raises money for breast cancer. She also volunteers for the town’s special needs baseball and basketball programs and puts in extensive hours with the youth basketball program.”

Dempsey certainly has a bright future with basketball.

But, for now, she’ll keep trying to lead the Jaguars to another successful season in Division 1 — the team’s second after moving up last year and making the state quarterfinals.

“Everyone in our program is so competitive,” said Dempsey. “We first just want to make it to playoffs, then it’s just one game at a time.”

Windham junior Sarah Dempsey has made an immediate impact since Day 1.

The Windham girls basketball team has a lot to look forward to, not only this year but in the future.