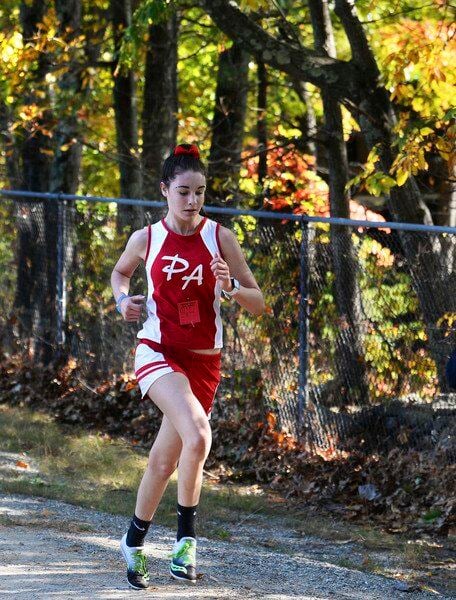 CARL RUSSO/staff photoPinkerton freshman Ginia Rufo is all alone on the Pinkerton cross country course last week on her way toward finishing first for the third straight meet. 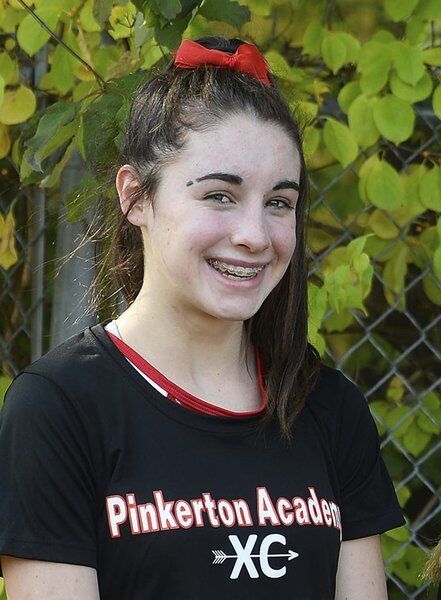 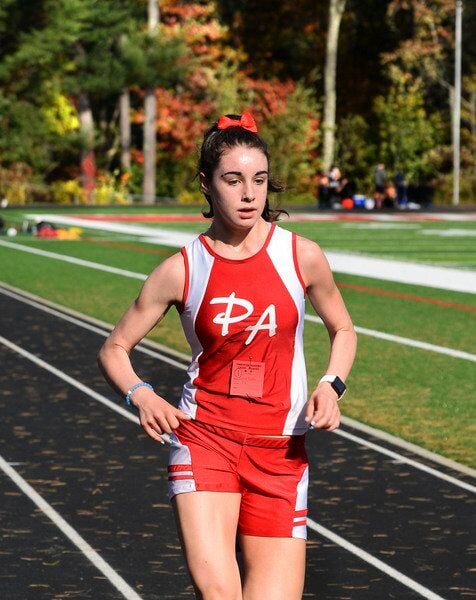 CARL RUSSO/staff photoPinkerton freshman Ginia Rufo is all alone on the Pinkerton cross country course last week on her way toward finishing first for the third straight meet.

Just in the last decade, Morgan Sansing and Meghan Cross were both Eagle-Tribune MVPs and among the top runners in New Hampshire as freshmen before enjoying outstanding four-year careers for the Astros.

And now we have Derry’s Ginia Rufo, who clearly seems to be a worthy successor to Sansing, Cross and others.

In three meets, Rufo — who is the frontrunner of a strong freshman class that includes Isabelle Groulx and Contessa Silva — placed first in all three races, winning by 34, 27 and 36 seconds. On Pinkerton’s 3.0-mile home course, she has impressive winning times of 19:41 and 19:51.

“She has so much potential,” said Pinkerton coach Jon Alizio, whose team is unbeaten after three meets. “We’re just letting her be herself, adjust to high school training, and encouraging her to let the season come to her.”

Alizio knew all about Rufo after she enjoyed a tremendous middle school career. Last year, when both races were held on the same day, she placed first at the Tri-County meet and two hours later finished third at the New Hampshire Middle School Championships.

“That was impressive,” said Alizio.

Nevertheless, despite that type of success, Rufo was not overly confident entering her freshman campaign.

“I was really nervous I wouldn’t be able to do as well as I did in middle school,” she said.

Now that she has some meets behind her and reinforced her confidence, Rufo has goals in mind for the rest of the season.

At this point, those are both certainly attainable goals. But even if Rufo falls a bit short, she already deserves to join the list of previous precocious Pinkerton freshmen, one of whom she is well aware of.

“I had known about Meghan Cross and I wanted to be like her,” said Ruffo, who will also run indoor and outdoor track for the Astros. “She came to some summer practices and our time trials and she ran with me to make sure I knew where I was going.”

With the anticipated state meet rapidly approaching, Rufo clearly knows where she is going now.