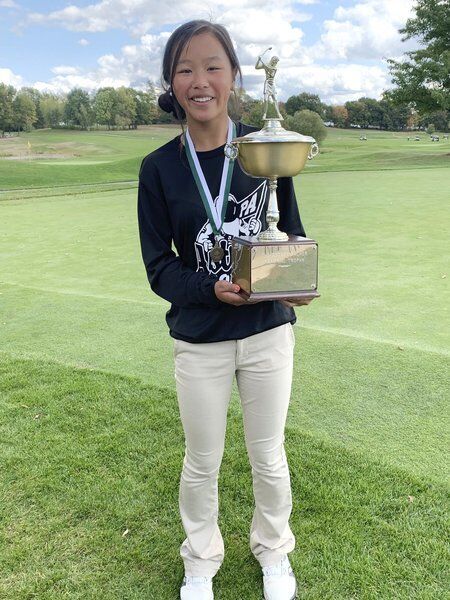 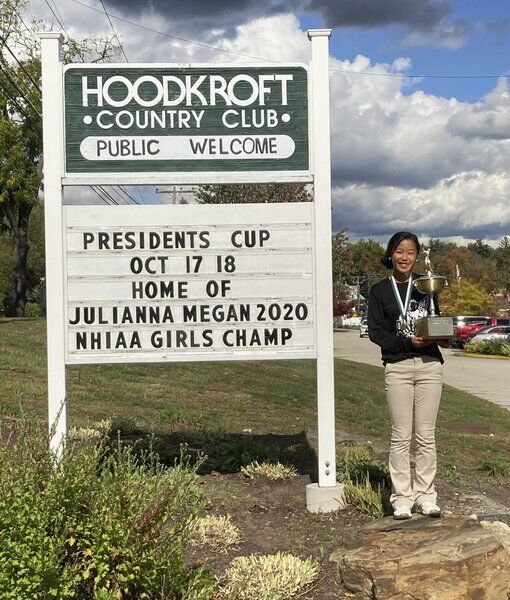 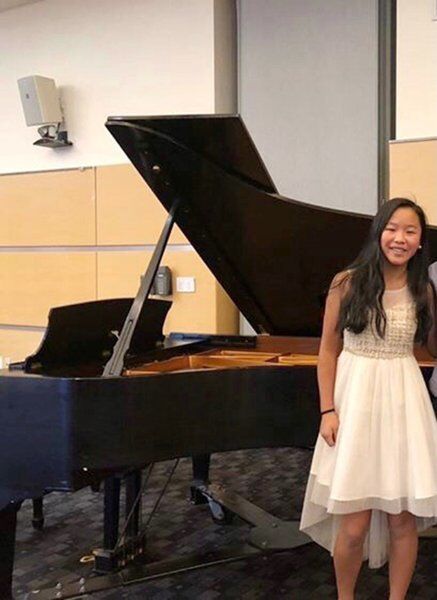 Courtesy:Julianna Megan is a scholar, an athlete and a pianist. 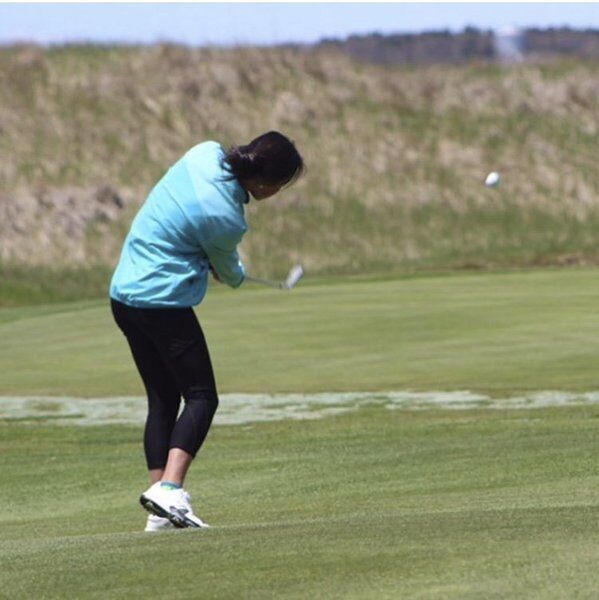 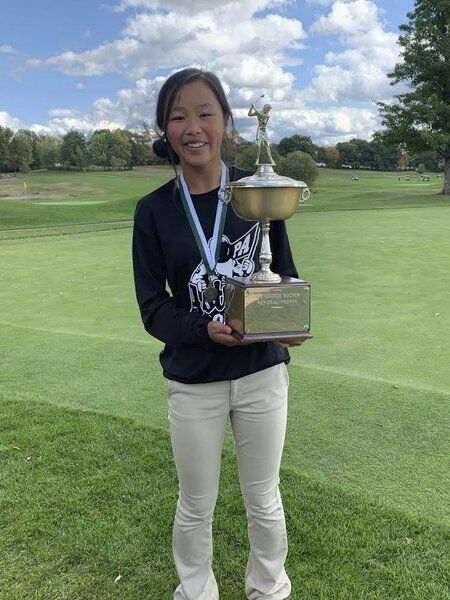 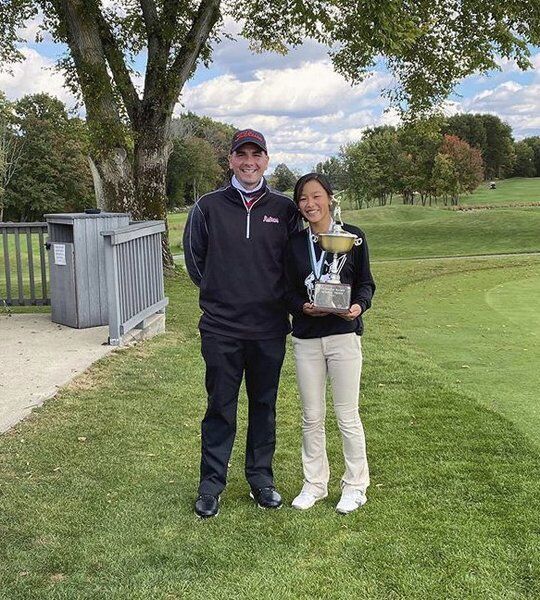 COURTESY PHOTO: Pinkerton sophomore Julianna Megan with her coach Jeff Sojka after Megan won the state golf title with a 78. 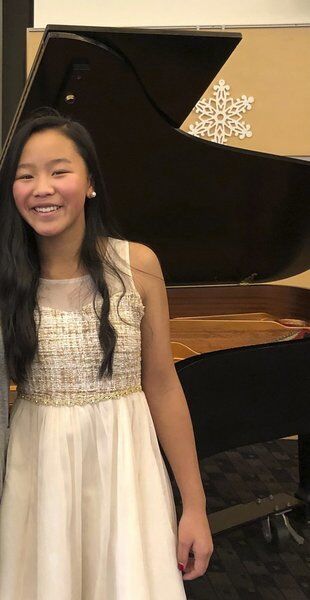 Courtesy:Julianna Megan is a scholar, an athlete and a pianist.

COURTESY PHOTO: Pinkerton sophomore Julianna Megan with her coach Jeff Sojka after Megan won the state golf title with a 78.

Golf is a cruel, cruel game.

As a freshman in 2019, Megan wilted down the stretch, unable to hold onto her lead in the NHIAA girls open championship. She settled for a third-place tie.

It was almost deja vu a week and a half ago. Now a sophomore, Megan took the lead and then had some struggles. That cruel game was going to do it again.

Not so fast. This is one tough Astro.

Megan (rhymes with BEE-fin) regained her bearings and played championship golf to secure the title with a 7-over 78 (40-38) at Campbell’s Scottish Highlands in Salem. She defeated runner-up June Doerr, a freshman at Winnacunnet, by two strokes.

Likely the first of many.

Right out of the gate she showed last year was ancient history. She birdied the first two holes and everyone was playing catch-up.

Julianna realizes sports is not the be-all and end-all.

She’s a brilliant student, ranked fifth in a sophomore class of 807 students at Pinkerton, one of the biggest schools on the East Coast. She’s an accomplished pianist who has taken lessons for nine years from Jeannette Lambert of Atkinson. She is practicing diligently for the National Piano Playing Audition 10-year medal.

Megan hopes to play Division 1 college golf at a top academic school. Who knows, maybe the Ivy League or Notre Dame are in her future.

Megan, who grew up in Hampstead but moved to Hooksett over the summer, took up the sport relatively late.

“I first picked up a club in the summer of 2016,” explained Megan, the youngest of four siblings to attend Pinkerton.

Megan said, “Peggy Kirsch was an amazing coach at Newfound Lake at Birdies Range. She played on the (LPGA) tour.”

Kirsch, who died tragically in a July 2018 auto accident, got Julianna started.

The 5-foot-2 Megan then honed her skills under Paul Cournoyer with the Hampstead Middle School team. She’s a member at Hoodkroft Country Club in Derry, Pinkerton’s home course.

“This summer I put in more work than ever before,” she said. “I shot in the 70s for the first time. I broke par for nine holes at Hoodkroft. I played in a lot of tourneys. It was cool for all that work to pay off.”

She brings a maturity to the game. She knows what happened freshman year.

“My range-finder died. I chose the wrong club and my putting wasn’t what it is now,” she said. “I 3- or 4-putted and gave away the lead.”

Her drives are now up to 200 yards and her putting is much improved. She’s always been mentally tough.

“Consistency. I’m not particularly good at anything. Chipping if anything. I can recover from shots.”

She proudly points to a disastrous 9 at the New Hampshire Junior Championships. That’s about as bad as it gets for a talented young golfer but she put it behind her and played well the rest of the way.

“I was able to keep plugging along,” she said.