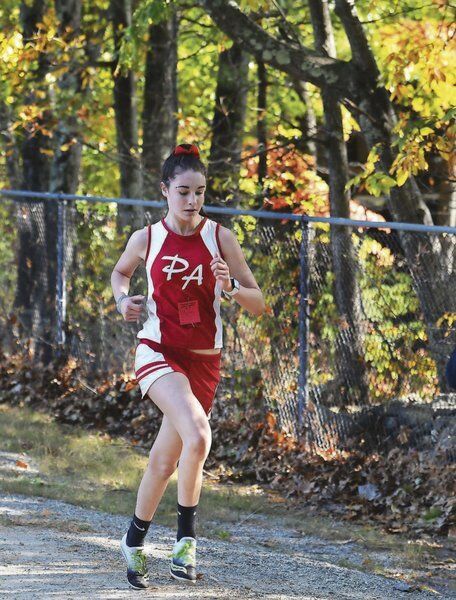 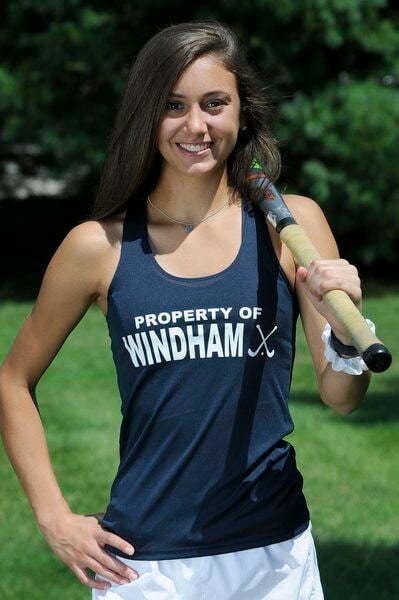 TIM JEAN/Staff photoAmy Lanouette is now a two-time Eagle-Tribune MVP in field hockey who is headed to UPenn after another year with the Jaguars.

TIM JEAN/Staff photoAmy Lanouette is now a two-time Eagle-Tribune MVP in field hockey who is headed to UPenn after another year with the Jaguars.

Amy Lanouette was the MVP for the Derry New's sister paper, The Eagle-Tribune, last fall and she took her game to a higher level this season.

The 5-foot-8 junior midfielder powered Windham to another Division 1 state title and repeated as Eagle-Tribune MVP.

Coach Katie Blair said, “It was her leadership. Her game play was better. She’s a dominant passer. Her fitness was even better. I think she’s the best player in New Hampshire.”

She led Windham to a 10-0 season and its fifth state title in nine years. This fall, Lanouette had 3 goals and 7 assists. She added 5 defensive saves, with two in the comeback win in the title game against Dover.

Ranked among the top 10 students in Windham’s junior class, she recently made a verbal commitment to Penn, choosing the Quakers over another Ivy League school, Columbia. Her sister, 2014 MVP Rachel Lanouette, was a four-year starter at Brown.

Bourque raved about Lanouette’s mentoring of the younger Jaguars and her work with the youth league players.

Lippold is a stellar defenseman and repeat all-star while O’Hare is a speedy forward who had a goal and three assists in the Division 1 state championship win over Dover and is headed to Holy Cross.

There were also a number of athletes from both Windham and Pinkerton who were named Eagle-Tribune All-Stars in other sports.

In boys soccer, Windham was represented by forwards Charlie Breen and Owen Larouco and goalie Preston Neal for its Division 1 state championship while Reagan Murray and Jess Thibodeau were cited for the state runner-up girls soccer team.