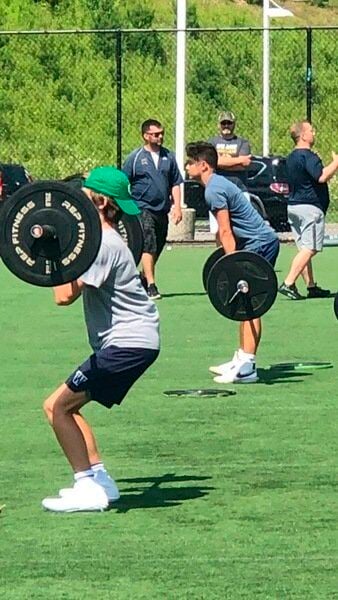 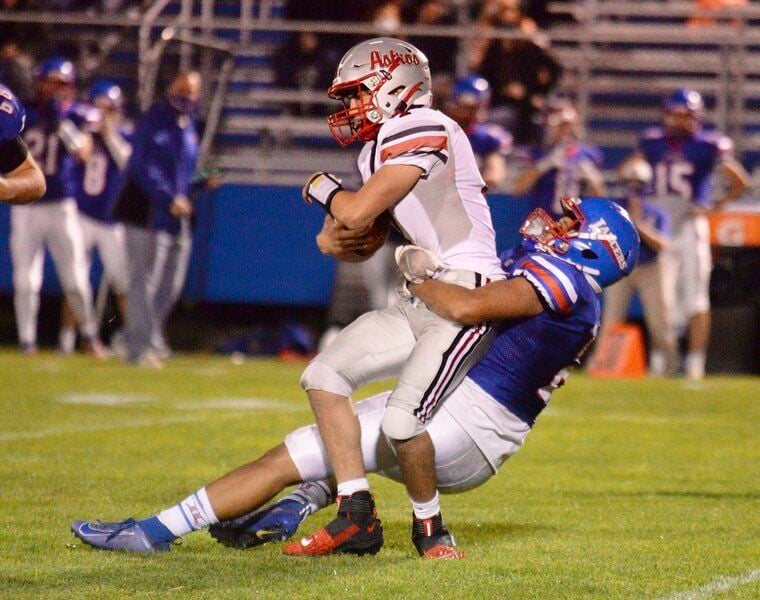 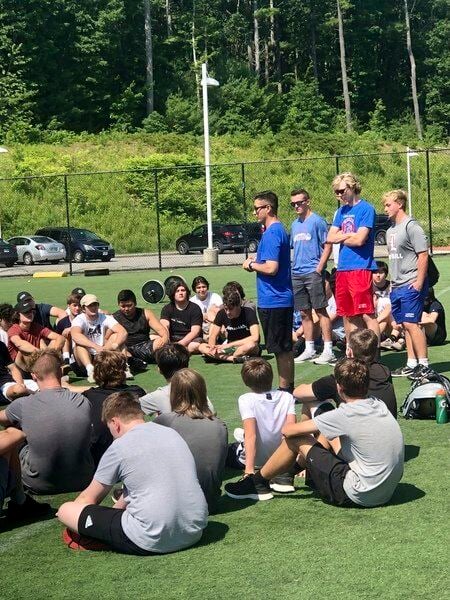 The Windham football team had already made plans for a “Lift-A-Thon” weightlifting event for the end of the school year. The Jaguars just hadn’t decided where the money they raised would be donated.

That is, until tragedy struck an on-field rival.

“Coach (Jack) Byrne came up with the idea,” said captain-elect Jackson Milano. “We just needed to decide what foundation the money raised was going to go to. After Londonderry’s Jacob Naar passed away, it was only right for the money to go to his foundation after such a tragedy.”

In March, Londonderry senior Naar — a Lancers football captain this past fall — was killed in a car accident.

On June 19, the Windham football team that faced him twice during the 2020 football season dedicated their first “Lift-A-Thon” to Naar, raising $1,500 for the Jacob Naar Memorial Scholarship.

“Londonderry has always been one of our big rivals, but they’re also high school kids just like us,” said Windham captain-elect AJ Fox. “A lot of people were really affected by the (Naar) tragedy. When we found out there was a way for us to help, we knew we had to do something to raise money.”

Windham athletes remember Naar, a tight end and defensive end who had been selected to the New Hampshire CHaD East-West All-Star Game, as a formidable opponent.

“Jake was one of the matchups I remember the most,” said Milano, a lineman. “I was matched up against him almost every play and had to block him. This obviously wasn’t the most fun time because he was a great player and would beat you a lot 1-on-1. But what I remember most about playing him came after the game. Jake came up to me and a few of my teammates to tell us that we played a great game.”

Added captain-elect Keegan Parke: “You could tell at every snap that Jake was playing his hardest and brought intensity the whole game. It was such a tragic event. So we felt a great sense of pride that, while we were rivals on the field, we were able to help with something bigger than football.”

“We raised money by hitting our goals for each individual lift,” said Parke. “Each weight had a dollar amount associated with it. Our parents sponsored our lifts and together, our team raised the money.

Added Fox, “The school donated a certain amount of money for each player depending on how much he lifted.”

The captains said they were impressed by the way their teammates performed in the workouts.

“I’m super proud of my teammates,” said Fox. “A lot of guys were working very hard in the weight room all spring getting stronger. I’m glad they got to showcase their gains as part of something bigger than themselves.”

Next, Windham will focus on preparing for the 2021 season.

“For the summer we have optional conditioning, team lift, and 7-on-7s until the preseason starts,” said Milano. “A few of the upperclassman including myself who want to pursue college football will be attending camps throughout the summer.”