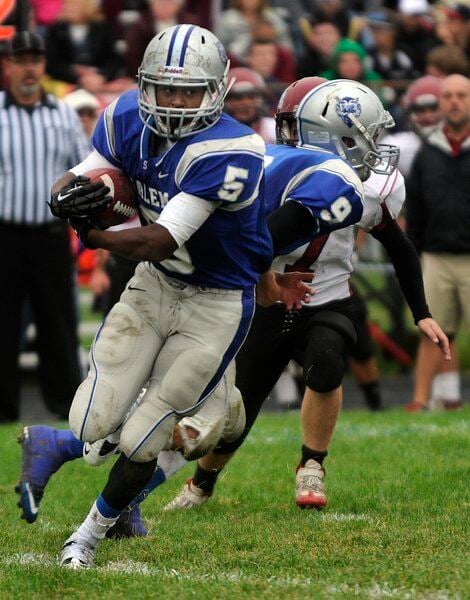 CARL RUSSO/Staff file photoJason Martinez was a star running back at Salem High. He is now pursuing a career in acting, and played a role in the recent film “Spenser Confidential”. 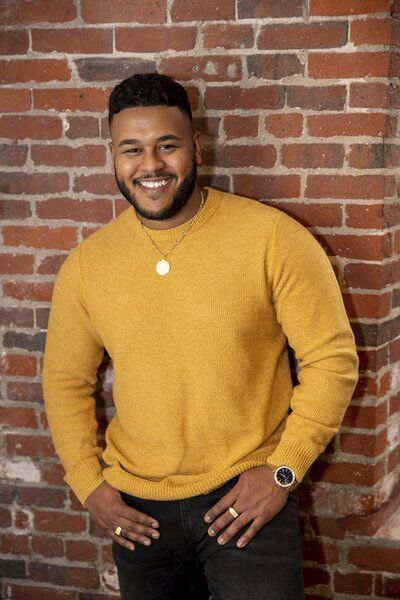 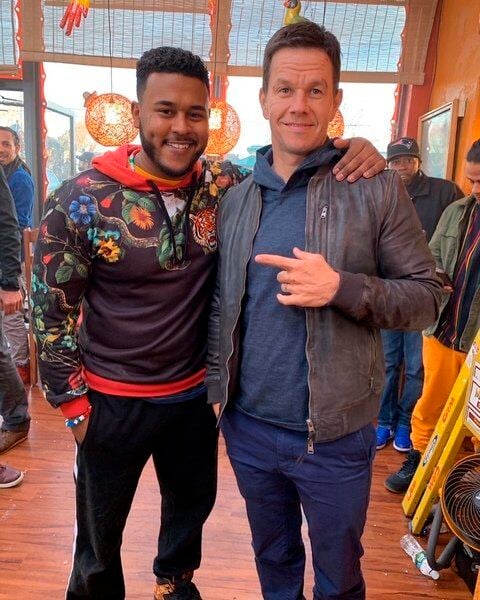 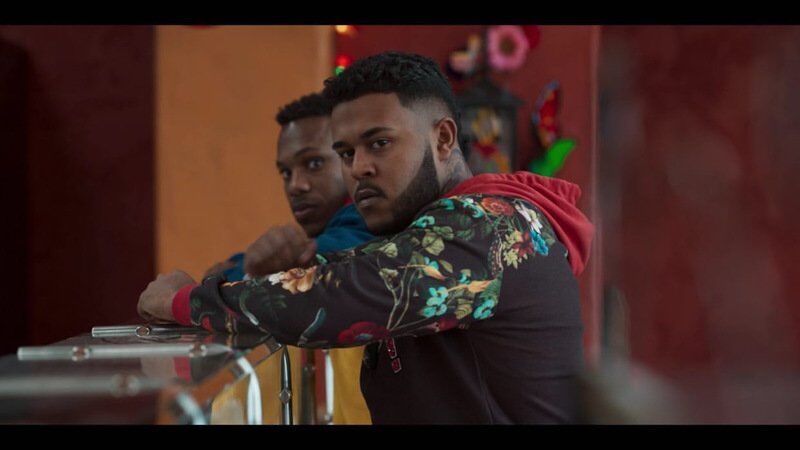 Courtesy PhotoSalem’s Jason Martinez during one of his scenes from the movie Spenser Confidential.

CARL RUSSO/Staff file photoJason Martinez was a star running back at Salem High. He is now pursuing a career in acting, and played a role in the recent film “Spenser Confidential”.

Courtesy PhotoSalem’s Jason Martinez during one of his scenes from the movie Spenser Confidential.

In the first true role of his young acting career, former Salem High football star Jason Martinez found himself sharing the screen with one of Hollywood’s biggest stars of the last 30 years, two-time Oscar nominee and Boston royalty Mark Wahlberg

“My manager at the time had a younger sister who worked as a casting agent,” said Martinez, who graduated in 2014. “Just out of luck, she happened to be looking for a Dominican man in his early 20s with some acting training or experience. Shortly after, I was called to go in for an audition, and it turned out to be for the film ‘Spenser Confidential.’”

Martinez won the role of “Trinitario” in 2020’s Boston-based “Spenser Confidential,” starring Wahlberg, “Avengers” actor Winston Duke and Academy Award winner Alan Arkin. The film debuted on Netflix on March 6, and is already the third most-streamed Netflix Original Move in the history of the streaming service, with over 90 million views.

“Working on this movie was a dream come true,” said Martinez, a 2013 Eagle-Tribune All-Star running back. “It was my first real acting job, and I soaked it all in like a sponge. Being around my fellow castmates like (Wahlberg) was like taking a master class. And being directed by (Emmy winner) Peter Berg was too good to be true.”

His role included scenes with Wahlberg

“I was lucky enough to work with (Wahlberg) in two of the three scenes I shot,” Martinez said. “The first day he came on set we were all super nervous because most of us were first-time actors. He broke the ice by joking around with us and made us feel super comfortable. He was always super warm, but would get right back in the zone when we were about to shoot. It was cool to be around such an experienced pro.”

FROM FOOTBALL TO ACTING

“I grew up in a household where we loved watching movies and TV shows together almost every night,” Martinez remembered. “From my earliest memories, it was my favorite thing to do. The idea of being an actor seemed like my way into this medium I loved so much. Anytime someone would ask me what I wanted to be when I grew up, I would mention that I wanted to be an actor.”

Martinez, who spent his early years in Lawrence before moving to Salem, took an acting class as a child, before turning his focus to another passion — football.

Martinez continued his football career at the University of New Hampshire as a preferred walk-on. But he found himself drawn back to his first love heading into his junior year.

“I had a great experience with UNH football, but it was time to move on to something else,” he said. “I decided to study abroad at Regents University in London. They have a really good acting program. I took my first intro class and I fell in love. The professor and my classmates gave me great feedback to continue to pursue acting once I got back to UNH.

“I started taking multiple theatre/acting classes in the (UNH) theatre program and driving from Durham to Boston two nights a week to take classes at the Michael Chekhov Actor’s Studio from 7-9 p.m. That all while auditioning for plays and rehearsing.”

After graduating from UNH in 2018, Martinez earned his audition for "Spencer Confidential," a remake of the 1980’s TV show "Spencer: For Hire."

“I got sent an email with the lines for the audition and went in two days later,” he said. “I was very nervous, but felt prepared. No one was really paying attention to me while the audition was getting started, but once I got going I got great feedback. When I left the room, I felt like I had gotten the part.”

Martinez won the role, and now hopes it will be the start of a productive acting career.

“I just moved to New York City in September,” he said. “I’m trying to balance both a full-time job while auditioning and taking acting classes. In the meantime, I’ve been acting in short films and recently acted in a music video.”

Actor Jason Martinez rushed for 1,362 yards and scored 16 TDs as a senior for Salem High in 2013. The season included: