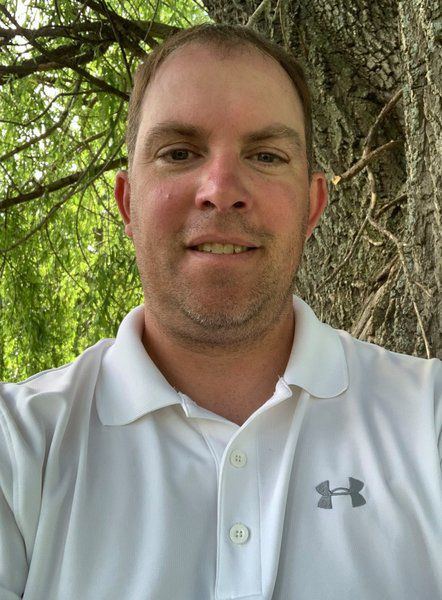 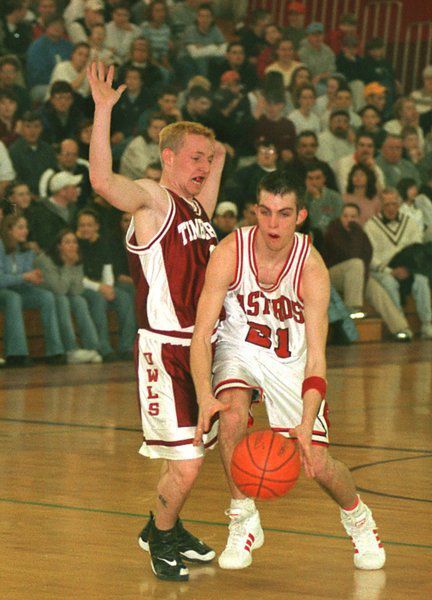 CARL RUSSO/Staff File PhotoMark Dunham, then a star for Pinkerton Academy, makes a move on Timberlane's Kevin Botsch. Dunham has been hired as head coach for Central Catholic. 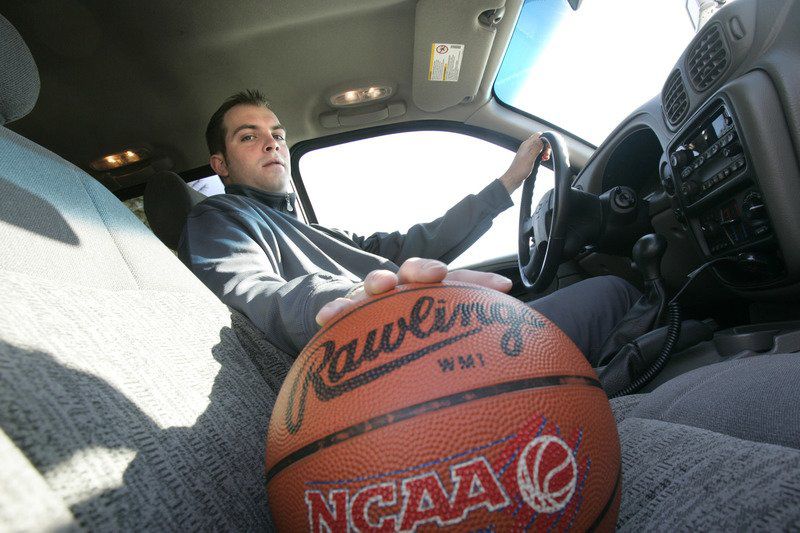 Staff File PhotoMark Dunham, here in 2008, has been hired as Central Catholic boys basketball head coach. He is a former Pinkerton Academy star.

CARL RUSSO/Staff File PhotoMark Dunham, then a star for Pinkerton Academy, makes a move on Timberlane's Kevin Botsch. Dunham has been hired as head coach for Central Catholic.

Staff File PhotoMark Dunham, here in 2008, has been hired as Central Catholic boys basketball head coach. He is a former Pinkerton Academy star.

Growing up as a basketball star in New Hampshire, Mark Dunham learned what it meant to face Central Catholic on the court.

“During my sophomore year at Pinkerton Academy, we were invited to play in the Greater Lawrence Christmas Tournament,” said Dunham. “And in our first two years, we pulled Central Catholic as our opponent in the first round both times.

“Those were the great Dick Licare teams that played so hard. I really admired them. I went 6-3 in the tournament, and two of those losses were to Central Catholic.”

Now, more than 20 years later, Dunham will be leading the Raiders basketball program.

Dunham has been hired as Central Catholic’s new boys basketball coach, the school announced on Monday.

“I’m absolutely through-the-roof excited,” said Dunham, who lives in North Andover. “I’ve fallen in love with Central. This is a special program and a special school. I’m still pinching myself, realizing that I’m actually the head coach at Central Catholic.”

The 40-year-old Dunham spent the last two seasons as an assistant coach for Central under John Walsh, who stepped down after three seasons (52-16 record) to take the head coaching job at Malden Catholic.

“Coach Dunham brings a wealth of knowledge and experience to our basketball program,” said Raiders athletic director Ernie DiFiore. “I feel very strongly that Mark’s philosophy is consistent with the core values of Central, and his passion and enthusiasm for the game of basketball is contagious. Our student-athletes are fortunate to have him as their head coach.”

The son of 1967 Eagle-Tribune three-sport Athlete of the Year Butch Dunham of Salem High, Mark emerged as a star for Pinkerton Academy.

Dunham scored 1,025 career points, third most in Astros history. He hit 127 career 3-pointers, and as a senior averaged 20.2 points per game on the way to Eagle-Tribune All-Star honors. He was twice named an All-Star for the Greater Lawrence Christmas Tournament — now known as the Commonwealth Motors Christmas Classic. He set a tournament record with 12 3-pointers in 1997.

The 6-foot guard began his college career at Southern New Hampshire, before transferring to Plymouth State, where he averaged 8.2 points per game as a senior in 2005-06.

Dunham began to explore coaching during college. He spent one season as an assistant at Pinkerton (2001-02) and at just 20-years-old founded his own AAU program, the Granite State Jayhawks.

Dunham then spent two seasons as an assistant coach at Salem (N.H.) High under E.J, Perry, helping the Blue Devils win their second of back-to-back Class L state titles in 2007-08.

“I’ve always been in love with basketball,” he said. “Something struck a cord, that I wanted to coach. I love working with kids, forming relationships and making a difference.”

Dunham and wife Kate lived in New York City for four years for her job, before moving to Massachusetts. His route to the Central Catholic job then began in unexpected fashion.

“I’m close with the Perry family,” said Dunham. “I was living in Charlestown at the time, and (coach) E.J. Perry called and asked me to work out a kid. That turned out to be John Walsh’s son. He was 5-years-old and was just pounding the ball.

“John took the Central Catholic job that summer, and asked me to join his staff. The first year I couldn’t, but I did help out. He asked me again the next year, and I knew I had to be a part of it. John was a great coach to work for. He trusted me to make decisions for the offense and defense.”

Dunham is now thrilled to take on the Central head job.

“I’m so excited for the challenge,” said Dunham, who is the vice president of sales at a logistics company. “I know Central is a high-profile job, but there is no better situation. I met with Ernie DiFiore and (principal) Doreen Keller, and had a great conversation with (president) Chris Sullivan.

“I’m happy to be a familiar face and voice for the program. We have been successful over the past few years, and I feel prepared to continue that success.”