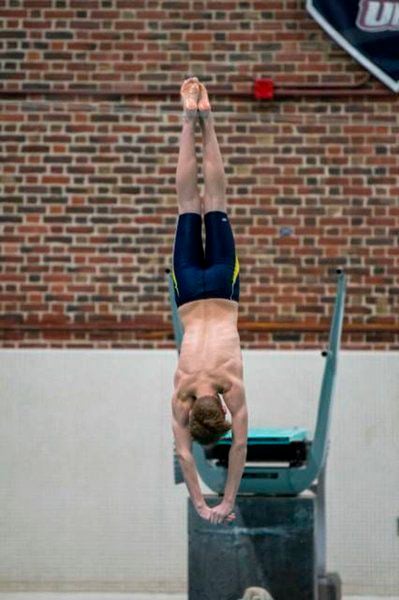 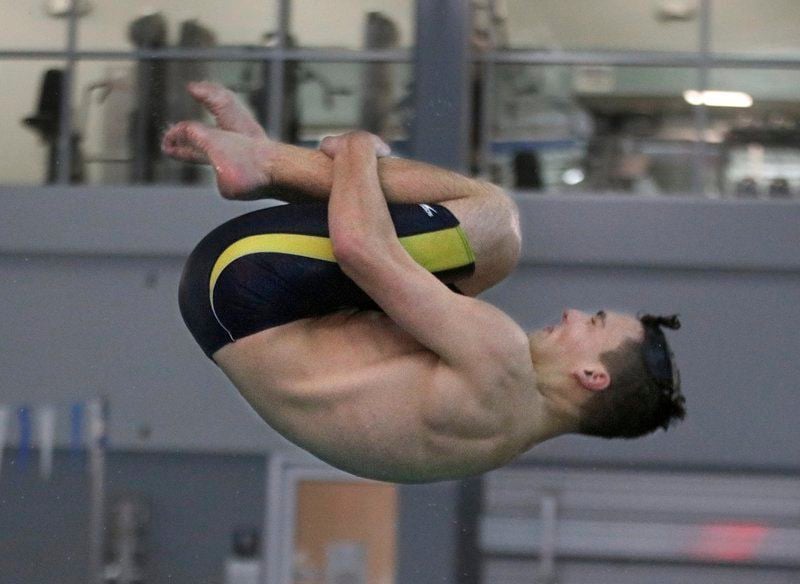 MIKE SPRINGER/Staff photosWindham High senior Jack Armstrong is equally at home in the water or on the diving board. Left, Amstrong shows perfect form as he dives into the water. Below, he tucks and heads toward the water during practice at the Salem Workout Club. 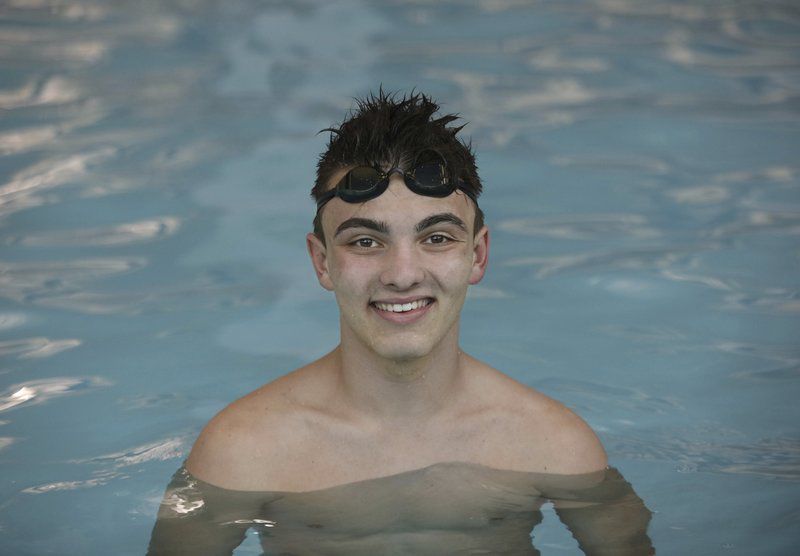 MIKE SPRINGER/Staff photosWindham High senior Jack Armstrong is equally at home in the water or on the diving board. Left, Amstrong shows perfect form as he dives into the water. Below, he tucks and heads toward the water during practice at the Salem Workout Club.

Like any teenager, Windham senior Jack Armstrong is probably not a big fan of stringent rules and regulations.

But there’s one rule that Armstrong is definitely a big fan of, that of head swimming coach Sheryl “Scotty” Scott.

“It’s her rule that if you want to dive for the team, you also have to swim for the team,” said Armstrong. “I wasn’t sure about it at first, but now I think it’s a good rule. I wouldn’t be where I’m at now without it.”

And where Armstrong is now is rather remarkable. After finishing fourth in diving at the state meet last year, he has improved significantly and was considered one of the favorites in Division 2. And last week, he backed up that sentiment by winning the state diving championship with an excellent score of 350.10.

“I don’t think I have a favorite event,” said Armstrong. “I just like helping out the team anyway I can.”

And that’s exactly what he has done according to Scott.

“Jack does so much for the team and he has a great attitude about it,” said Scott. “We hope to be at least in the top three teams (in Division 2 at state) and Jack is a big reason why.”

In fact, the Jaguars were runner-up to Hanover at state last year and were one of the favorites this year. They finished second again this winter with 192 points, trailing only Oyster River (202).

In addition to Armstrong’s dual contributions in both the pool and the diving board, what’s truly impressive and maybe even amazing is that he is self-made as both a swimmer and diver.

He has no background in gymnastics, as is the case with most divers, he’s never belonged to a swim club and he didn’t decide to try out until his freshman year.

“A friend persuaded me to try it,” said Armstong. “I joined primarily to dive, but I liked the team and I started swimming different events and liked it.

“Before that, I had never wanted to be on a team. When I was younger, some swim clubs reached out to my parents about me joining, but I didn’t want to do it. I was really shy and didn’t think I’d like it. But now I wish I had.”

Armstrong did have some experience in the water. His family lives on Cobbett’s Pond, so he was swimming whenever he could. And, as far as diving, “me and some friends had a place where we’d do flips and things into the water.”

“But when I started at the high school, I didn’t know any of the strokes or anything about diving. I’ve had to learn from the coaches as I’ve gone on.”

Like the other Windham divers, Armstrong goes to swim practice with the rest of the team five afternoons a week in Salem. He dives in Nashua Friday nights and on Sundays and one day a week at Greater Lowell.

The diving coach in Nashua, Derek Peabody, has been impressed with Armstrong’s steady progress.

“Jack has been the most coachable athlete I’ve worked with in my career,” said Peabody, who also coaches divers for Alvirne and Bishop Guertin. “He shows up to every practice excited, and will listen and try anything you tell him to.

“He has plenty of natural ability.  Combine that with his fearlessness and his desire to get better, it’s no surprise that he has worked and competed his way to becoming one of the best divers in the state. His growth in the sport has been incredible year after year.”

If forced to choose diving or swimming, Armstrong would reluctantly choose the former, and he’s hoping to continue diving in college (Hartwick College and the University of Evansville are his top choices). He’s just glad he doesn’t have to choose any time soon.

“I can’t imagine not doing both now,” said Armstrong, who considers a reverse double dive as his best. “Both sports have helped me grow as a person and both have given me a lot of confidence that I didn’t have before.

“But what I’m proudest of is what our team has become. We’re really close, we have a lot of fun and I’m glad I’m part of it.”

None of it would have been possible, of course, without Scott’s rule.

“I’m just grateful that our coach has that requirement,” said Armstrong.