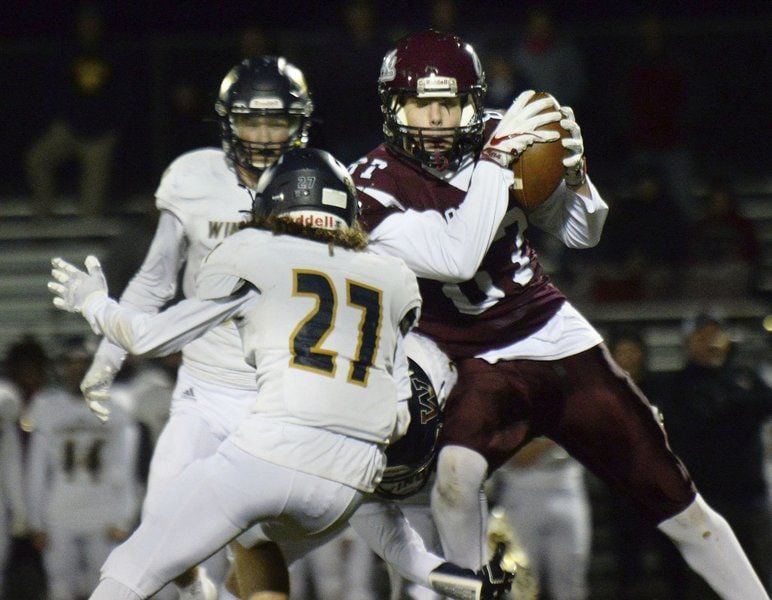 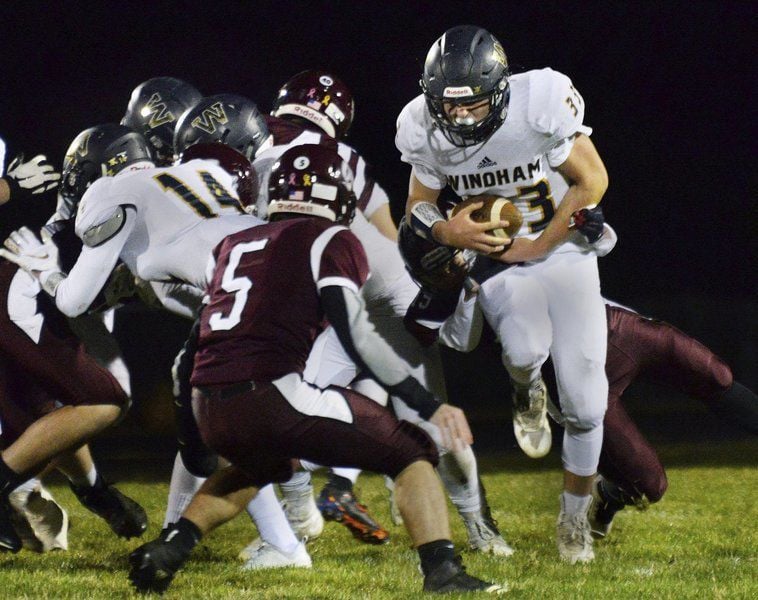 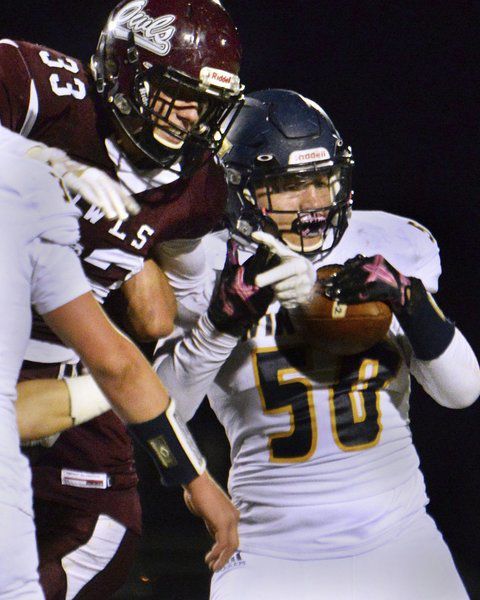 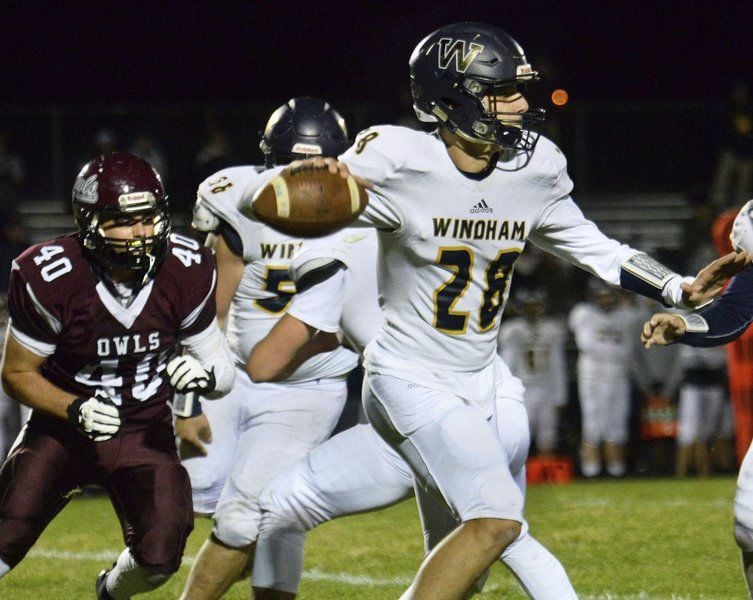 PLAISTOW — There was little perfect about Windham’s 17-14 victory over Timberlane Friday night.

The Jaguars fumbled five times and gave up a touchdown on a 52-yard fumble return, was whistled for nine penalties and was far from consistent on either side of the ball.

But there was one player who was perfect in sophomore kicker Adam Burke, and it was his 27-yard field goal on the last play of the game, following two extra-point kicks, that allowed the Jaguars to prevail in a hard-fought game. The Owls remained winless, but played their hearts out.

The game seemed destined to go overtime when Windham took over at midfield with only 52 seconds left to play. But timely rushes by Riley Desmarais (18 yards on two carries) and Bobby Dicicco (14 yards on two carries) helped bring the ball down to the 10-yard line with two seconds to play.

And, after a timeout by both teams, Burke calmly booted the ball through the uprights for the win. Actually, he did it twice, first right after the Owls called timeout, perhaps to “freeze him.”

Was he nervous with the game on the line? Not at all.

“I was feeling pretty confident,” said Burke. “My teammates were telling me ‘it’s all good.’ You think about winning a game like this but I wasn’t nervous.”

And neither was Windham coach Jack Byrne.

“This was a new experience for us. We made a lot of mistakes that we need to work on, but we came back and got the win so I’m thinking maybe this is one of those games that can give us some momentum.

“At the same time, you’ve got to give them a lot of credit. They’re having a tough season but they didn’t quit and gave us a lot of problems. They did some things we weren’t expecting.”

Windham did control the first quarter and had no problem solving the Owls’ offense, sacking Timberlane quarterback Jared Morrison twice and pushing it back to -17 yards of total offense.

Then, on the third play of the second quarter, the Owls snapped the ball way over the head of the punter, who went back and then fumbled it in the end zone, where Desmarais recovered it for Windham and a sudden 7-0 lead.

The Owls tied it up shortly before halftime when a short punt gave them the ball on Windham’s 23-yard line and, aided by a pass interference, scored five plays later on a 3-yard run by senior Ian Wilson.

Windham took the lead, 14-7, on its first possession of the second half when it capped the best drive of the game, of 62 yards, with a 20-yard little shovel pass from Rocky Heres to Bobby Dicicco on a play that started out as an intended pitchout.

Despite one Timberlane drive that stalled on the Windham 18 early in the fourth quarter, that score looked like it would stand until the Jaguars fumbled at midfield and Owl senior Reese Olsen picked up the ball and zoomed 52 yards to the house for the tying score, making a nice cutback to avoid a tackler at the 30.

The Owls put together one good drive after that, advancing to Windham’s 39, but a 15-yard sack by Dylan Szostak turned the tide and set up Windham’s final drive and Burke’s winning field goal.