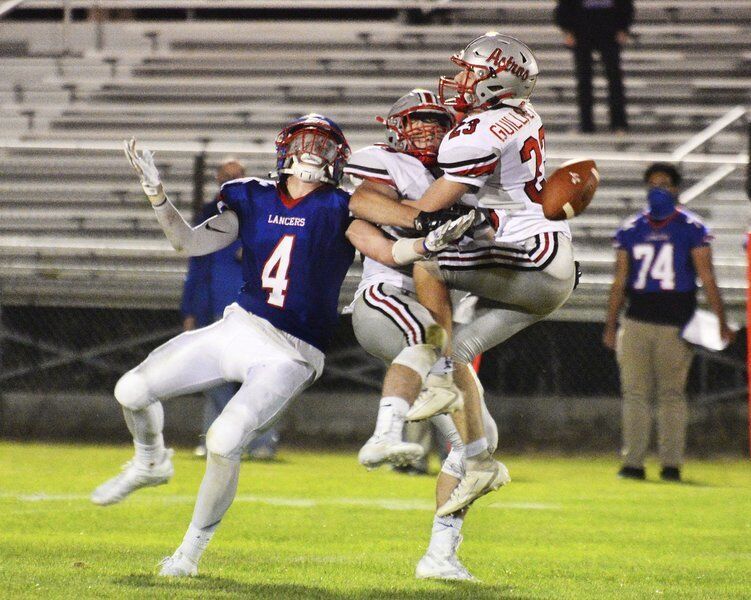 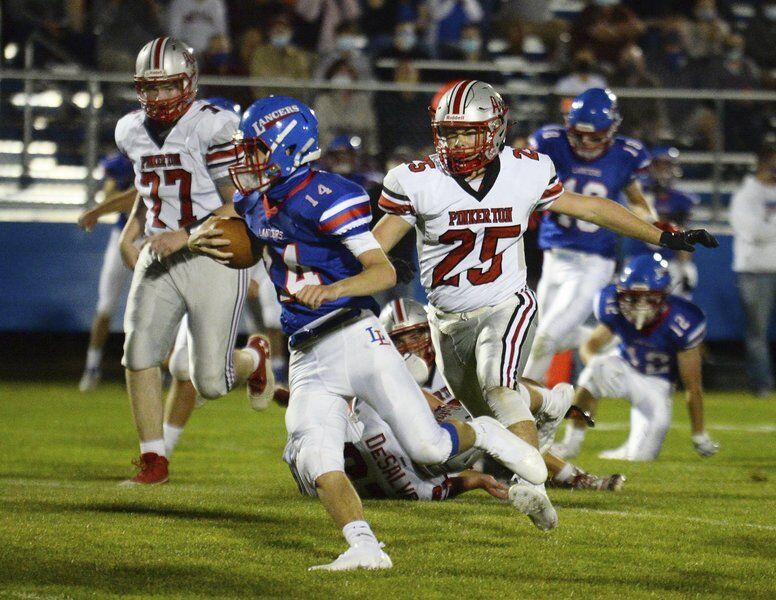 CARL RUSSO/Staff photoPinkerton’s Cole Yennaco, 25, moves in to tackle Londonderry QB Dylan McEachern last fall. Yennaco is emerging as a star in both football as a linebacker/kick returner and baseball as a catcher. 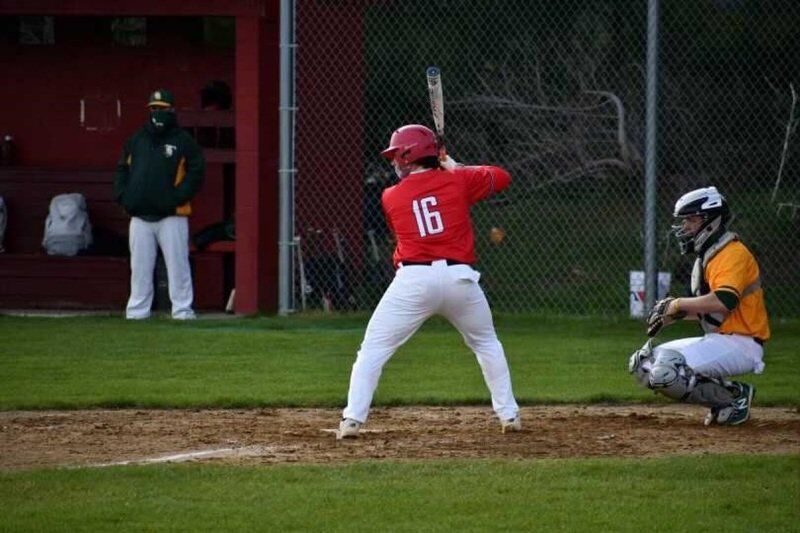 Courtesy photoCole Yennaco hit .360 with 13 RBIs for Pinkerton in the spring as the team’s starting catcher.

CARL RUSSO/Staff photoPinkerton’s Cole Yennaco, 25, moves in to tackle Londonderry QB Dylan McEachern last fall. Yennaco is emerging as a star in both football as a linebacker/kick returner and baseball as a catcher.

Courtesy photoCole Yennaco hit .360 with 13 RBIs for Pinkerton in the spring as the team’s starting catcher.

His father Jay Yennaco, after all, is a Pinkerton legend who became a Boston Red Sox draft pick.

But Cole isn’t letting any extra pressure faze him as he emerges as a star both on the diamond and in a sport all his own — football.

“I don’t feel any pressure to live up to my name,” said Yennaco. “I try to focus on doing my own thing. I’m a competitive kid, and I’m beyond grateful to play for Pinkerton Academy.”

Heading into his junior year, Cole is well on his way to building his own legacy.

In the spring, Yennaco started every game at catcher for the Astros, hitting .360 (22 for 61) with 18 runs and 13 RBIs while playing a key role managing Pinkerton’s dominant pitching staff.

“My parents put me into as many sports as they could,” said Yennaco. “The decision to play baseball and football was on my own. I was never forced or influenced to play baseball. I guess it’s just in my blood!”

Jay Yennaco starred at Pinkerton (class of 1995) as a pitcher, earning Eagle-Tribune MVP as a senior (132 strikeouts in 74 innings) and as a junior (0.61 ERA). He was then chosen in the third round — No. 74 overall —of the 1995 MLB Draft by the Red Sox. He went on to play seven minor league seasons, reaching triple-A with Boston, Toronto and St. Louis.

But he was sure to never push his son into baseball.

“We presented him with all sports,” said Jay, who coaches Cole with the Northeast Wildcats. “Baseball is the sport I could pass along with the most detail and get the most excited about. Baseball is in our blood, and he took to it at a young age. But I also love seeing him play football.”

Agreed Cole, “My dad has worked really hard to make sure I don’t feel the pressure. I’m lucky to benefit from his experience. The best advice he has given me about baseball is to, “Respect the Game.”

While his dad starred on the mound, Cole has excelled as a catcher.

“I’ve been a catcher and a pitcher since I was young,” said Yennaco. “But I’ve taken to catching more. It’s funny that my dad and I are in ‘opposite’ positions. Catching is just what I enjoy the most. I love being in the middle of the action.”

A resident of Windham, like his father, Cole was adamant he wanted to attend Pinkerton.

“That was a concern,” said Jay. “We had conversations about it. We toured Central Catholic. But Cole is a very mature young adult. Pinkerton is the school he wanted to attend, partly because he wants to go into engineering. He’s very determined.”

After losing his freshman season to the COVID-19 pandemic, Cole starred for the Astros this past spring. He had at least one hit in 15 of Pinkerton’s 20 games, including three hits and three RBIs in a win over Merrimack.

“I feel very fortunate to be at Pinkerton with such great players and talented pitchers,” said Cole.”

Since the start of his freshman year, Yennaco has been a key player for the perennial powerhouse Astros football team.

“I love playing football because I love to compete,” he said. “I also love the team atmosphere, and am very fortunate that I am able to play under coach (Brian) O’Reilly, a local football legend.

“Playing multiple positions for football is a great mental challenge. I was glad to get some time freshman year at kick returner, and I’m very excited for my future as a linebacker and running back.”

Yennaco made eight tackles and intercepted a pass in the win over Windham that proved to be the Astros’ final game of the 2020 season, which was cancelled after three games due to the coronavirus.

Jay said he loves watching his son on the gridiron.

“I get as much enjoyment out of watching Cole play football as I do watching him play baseball,” said Jay. “It’s a lot of fun, because it’s something I never did. I always tell him to work for what you want, whether it’s baseball or football. He is going to work to get the most out of the sport he possibly can.”