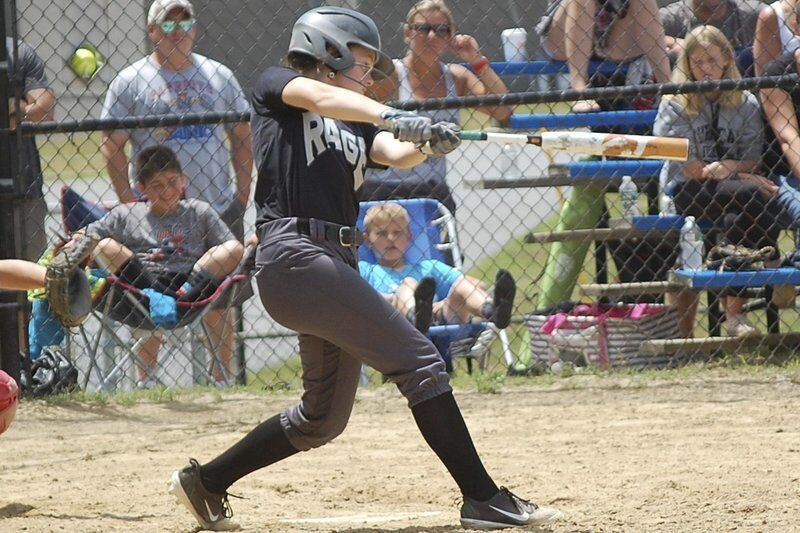 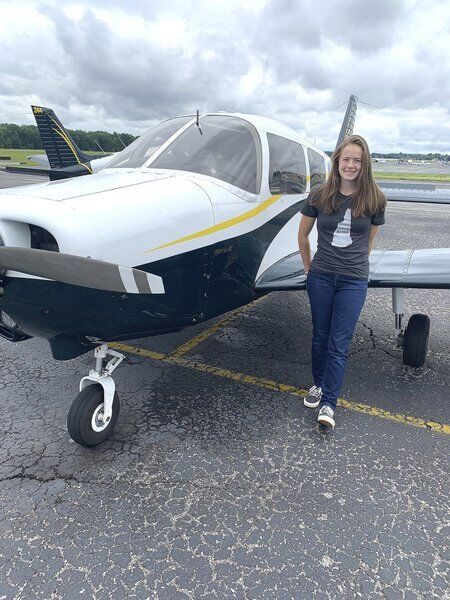 Courtesy photoPinkerton's Rachel Keisling, who enjoyed a terrific season on the softball diamond, is aiming to get a private pilot license and ultimately join the Air Force.

Courtesy photoPinkerton's Rachel Keisling, who enjoyed a terrific season on the softball diamond, is aiming to get a private pilot license and ultimately join the Air Force.

Pinkerton junior Rachel Keisling flew into the high school softball season this past spring — in more ways than one.

Like many of his players, new coach Tom Wall didn’t know much about Kiesling, who only played freshman ball two years ago. But he certainly does now.

Keisling has been primarily a catcher throughout her days in youth and travel softball and, with two senior catchers on the team, she figured her chances of starting were slim.

“I told coach I’d play anywhere, I’d just be happy to help the team,” said Keisling, who lives in East Hampstead. “He put me in right field.”

Keisling flew into the season with abandon, became a sure-handed and proficient defensive outfielder and a steady and productive hitter. She was second on the Astros with a .460 average and tied freshman Adi Runge with 22 RBIs.

“The way the season started and ended, she was on fire the whole season,” said Wall. “She was a big part of our offense.”

At the same time, Keisling was literally flying.

As a Christmas present from her parents, she started taking flying lessons. She’s gone through about 20 hours of instruction with East Coast Aero Club, Inc., out of Nashua and is close to flying solo in a Piper Warrior 3 plane.

“I always liked planes and one day I decided I just wanted to try it (flying),” said Keisling. “My brother, John, had done pilot training and is in the Air Force and that probably influenced me a little, too.

“I was elated the first time I went up. I just find it a lot of fun. You couldn’t ask for a better view and you feel great.”

And that feeling hasn’t diminished one bit. Keisling hopes to secure her Private Pilot’s License by this fall and her long term goal is to join the Air Force following college.

“I want to pilot a fighter aircraft if possible,” she said. “If not, I want to do something related to flying like being a mechanic or aerospace engineer.”

Keisling isn’t interested in attending the Air Force Academy, however. She’s striving to go to a four-year college or Flight School on an ROTC scholarship, preferably one where she can continue her softball career.

Based on her academic prowess, Keisling should have plenty of options as she navigates her path to the Air Force. She has a 4.0 GPA and is ranked eighth in her class of more than 750 students while taking a heavy dose of AP classes.

Meanwhile, Keisling will keep preparing for her senior campaign on the diamond. She’s in her fifth year working with her batting coach, Jake Filip, and she is playing this summer for the Rage 18U team out of Salisbury.

It’s possible that Keisling might be the Astros’ 2022 catcher, which is her travel team position, but it doesn’t matter all that much to her.

Wherever it is, expect Keisling to fly into the season once again.

Pinkerton softball had some big wins while going 13-6 under first-year coach Tom Wall but none were bigger than an 8-5 victory over eventual Division 1 state champion Salem back on May 8.

In handing Salem its only loss of the season, the Astros rallied from a 5-1 deficit with seven runs in the bottom of the sixth. Rachel Keisling played a major role, going 2 for 3 with three RBIs.

“Everyone was happy about that game,” said Keisling. “Coming from behind to win was really exciting.”