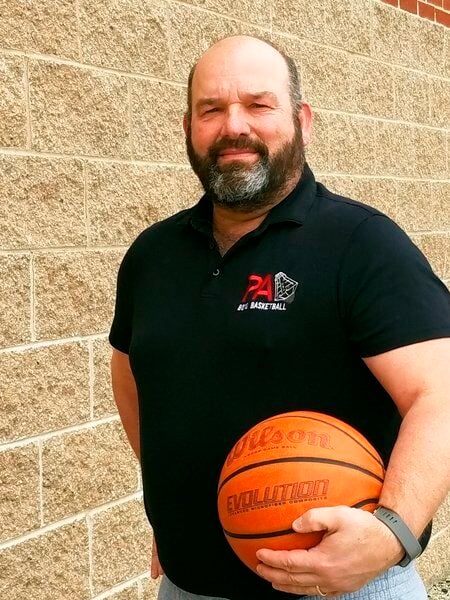 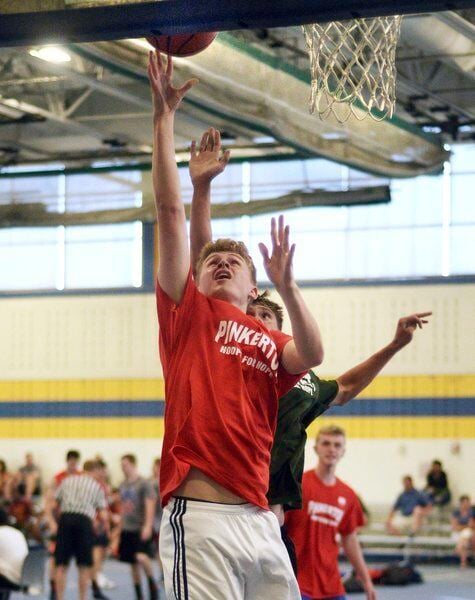 CARL RUSSO/staff file photoAndy MacDonald, here going to the basket in past Hoops for Hope action, and Pinkerton won two straight before the school paused all athletics due to COVID-19. The Astros are now hoping to make it back before the tournament.

CARL RUSSO/staff file photoAndy MacDonald, here going to the basket in past Hoops for Hope action, and Pinkerton won two straight before the school paused all athletics due to COVID-19. The Astros are now hoping to make it back before the tournament.

The 2021 regular season was off to a dream start for the Pinkerton boys basketball team.

The Astros opened the coronavirus-delayed season with two straight wins, matching their win total from the entire 2019-20 season.

On Jan. 22, Pinkerton announced it was pausing all athletics, along with in-person classes, for two weeks due to three clusters of COVID-19 reported in the school community.

“It hurts,” said Astros boys hoops coach Dave Chase. “It hurts to be stagnant. Everyone is very anxious to get back on the court. The kids want to compete. As much as no one wants to hear it, it’s the right thing to do, but it’s still a bummer. The kids were feeling good. I thought we did some good things in the two wins. We were growing and trusting each other more”

“We haven’t even been able to practice. If there are no other cases, we are hoping to return to practice on Feb. 5, which will give us four days to prepare for our first game back against Londonderry on Feb. 9. We’ll have to find a way to get the rust off.”

The news of the stoppage broke just hours before Pinkerton was set to host rival Salem High on senior night.

“It was a major letdown,” said Chase. “Everything was prepared for senior night, so it was a big stinger, getting that pulled out from under them. It’s tough after we got those two wins.”

The current pause marks the second time in the young season that the Astros have been derailed by COVID.

“We had a case on our team in the preseason,” said Chase. “He was tested the day after Christmas. We had all practiced together, so we had to quarantine for 14 days. After the winter break, we missed Jan. 4-7, so we only had four days to prepare for our opener.”

How is the team keeping busy during the current stoppage?

“(Last week) I assigned everyone on the team one of our last three regular season opponents to watch film on,” said Chase. “I gave the seniors Londonderry, four others Windham and four others Nashua South. Everyone has to prepare a scouting report, and we will discuss it (virtually). But it’s tough not being able to go out to a game to scout. On video, it’s tough to see things like how tall the kid is.

“We also talked to the guys about how important it is to stay in shape. Some have gone to the courts and played. We also have a team shooting challenge and fitness challenges.”

If all goes well, Pinkerton will return to action by hosting Londonderry on Feb. 9, then traveling to face the Lancers three days later. The Astros will then wrap up the season with home-and-away matchups with Nashua South and Windham.

Luckily for Pinkerton, New Hampshire will once again have an “open tournament” in which every team qualifies.

“Everyone that’s playing is getting further and further ahead of us,” Chase said. “And that’s tough. But we just have to stay positive and work as hard as we can once we return.

“Fortunately, everyone makes the tournament, and it’s a blind draw, so that works out well for us. All of these games are, in a way, scrimmages. We just have to keep competing. There are teams that haven’t played even one game, so we aren’t bottom-dwellers. Hopefully things will work out for us.”