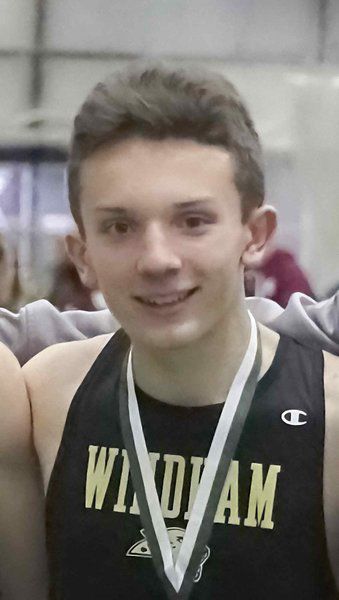 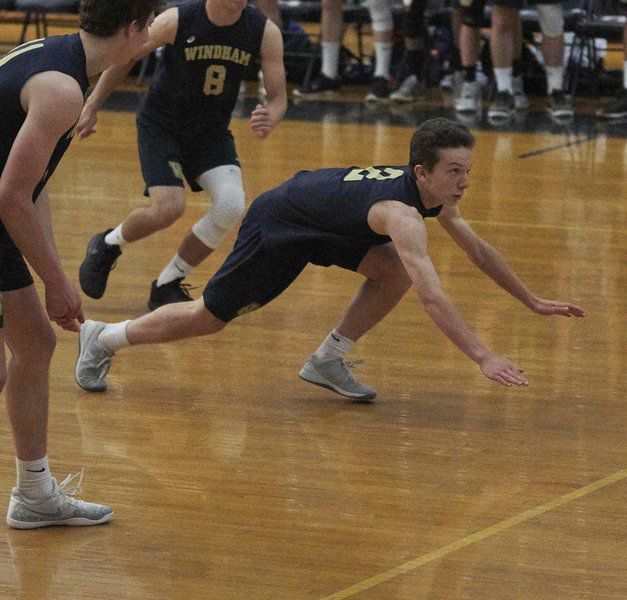 Courtesy PhotoWindham sophomore Braeden Manti dives for a ball as a freshman libero for Windham. 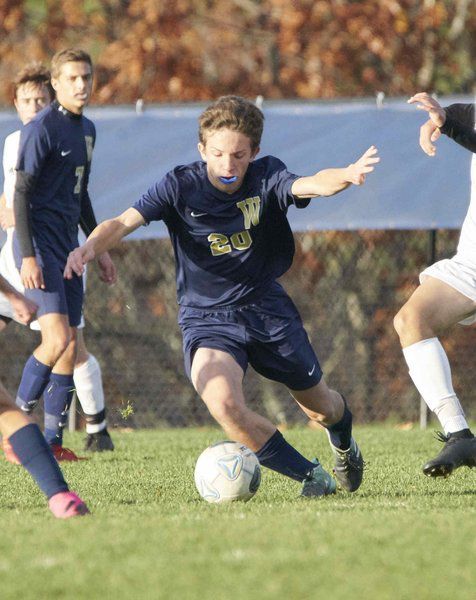 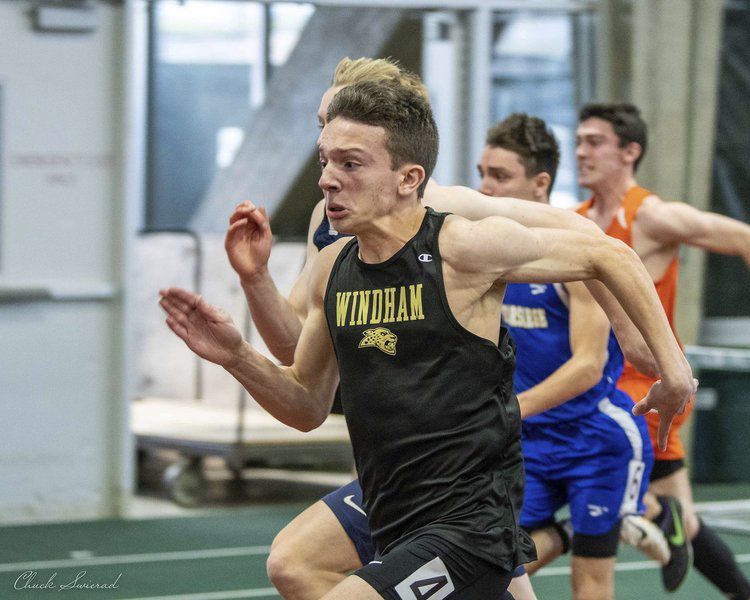 Courtesy photoWindham's Braeden Manti accelerates in the 55-meter dash. He was the Division 2 state champion this winter for the Jaguars. 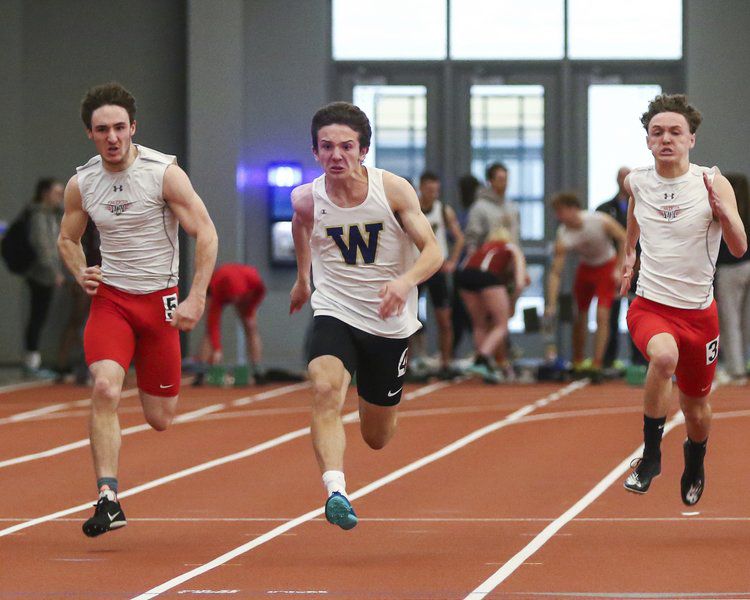 Matt Parker photoWindham sophomore Braeden Manti is in the lead in a multi-team meet at Phillips Exeter this season. In his first year in track, he became the Division 2 indoor state champion. 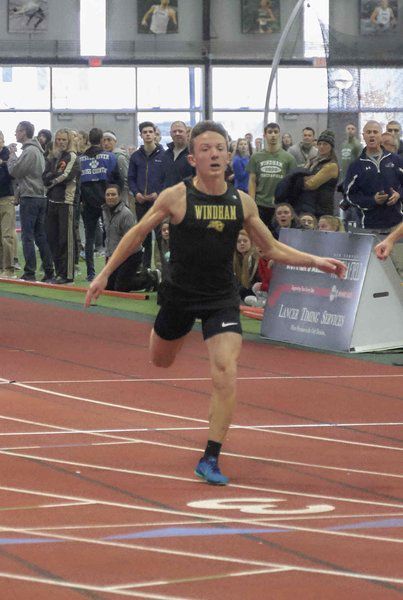 Courtesy PhotoWindham sophomore Braeden Manti dives for a ball as a freshman libero for Windham.

Courtesy photoWindham's Braeden Manti accelerates in the 55-meter dash. He was the Division 2 state champion this winter for the Jaguars.

Matt Parker photoWindham sophomore Braeden Manti is in the lead in a multi-team meet at Phillips Exeter this season. In his first year in track, he became the Division 2 indoor state champion.

Windham High sophomore Braeden Manti will need to wait another year to see if a double duty spring is feasible.

An avid volleyball player, who started on JV and moved up to varsity as a freshman, the 5-foot-7 Manti started his sophomore year intent on playing soccer in the fall and then focusing on volleyball in the spring.

But then, Manti decided to try a winter sport “for something to do” and he went out for indoor track. The decision has changed his athletic outlook, perhaps permanently.

In his first-ever season of track, Manti took to the sport from the start. He quickly became the team’s top sprinter and capped a successful season by winning the Division 2 state meet in the 55 meters with an excellent 6.65 clocking.

“We could tell he’d be our fastest guy from the second week of indoor practice, just by seeing a few things he did naturally,” said Windham coach Ryan O’Connor. “He hung around our more experienced guys to pick things up from them and get extra work in.

“What he did at the state meet was impressive for a sophomore. He has a huge ceiling.”

Manti said that winning the state title was “a pretty big surprise,” but he had improved steadily from his first attempt at the hurdles, when he was timed in 7.18.

“Every meet, I cut my time by about .1 of a second. A big part of it was learning to get out of the blocks properly and learning to transition from accelerating to top speed, plus learning better form, which I credit my coaches for.”

With success came a new appreciation for track and his potential in it. Which brings us to this spring as Manti was planning on doing both volleyball and outdoor track, something that is allowed in New Hampshire.

“I wanted to try it,” said Manti, who is a libero/defensive specialist in volleyball. “I would go to volleyball practice right after school and do track whenever I could.

“I knew it wouldn’t be easy but I was feeling I could do it if I put in the effort. I wasn’t sure how well it would work out, but I wanted to try it.”

O’Connor believes the sky is the limit for Manti in track, but volleyball coach Matt Bynum also likes his prospects on the volleyball court.

“He (Manti) would have definitely gotten playing time this spring,” said Bynum. “He actually played for the Mill City volleyball club at the same time he was doing (indoor) track and started as a libero on the best 16-and-under team in all of New England. He has a lot of potential as a volleyball player.”

With the spring season wiped out, Manti — who plays club soccer for South Central Soccer Club — is hoping to diversify among three sports this summer.

“I’ll try to do beach volleyball and go to camps for volleyball, track and soccer,” he said, hoping that the sports camps he’s interested in are operating.

As for any attempts at a double duty spring, that will have to wait another year.