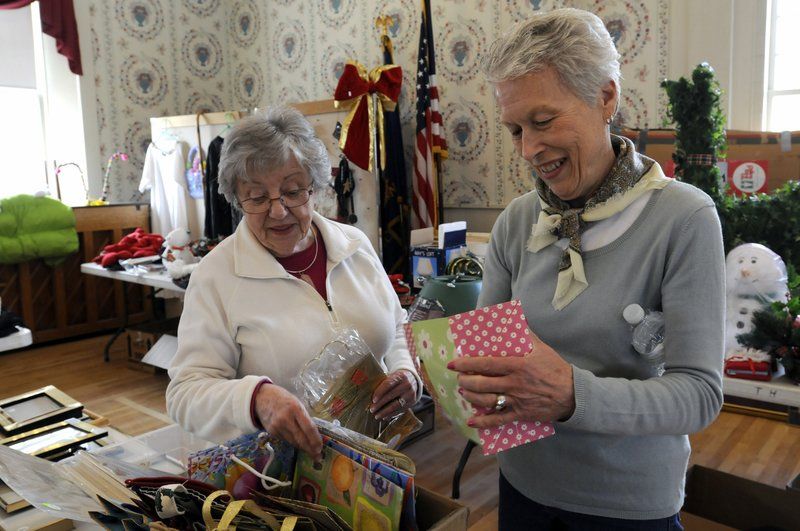 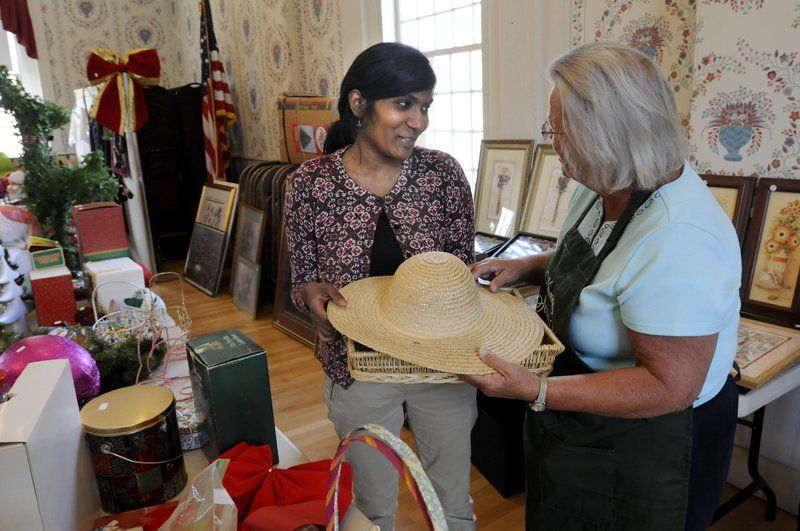 WINDHAM — Maureen Homsey says the members of the Woman’s Service Club of Windham have their fingers in just about everything in town — and she may not be exaggerating.

Since it was founded in 1911, the club has had a few different names, but has held one purpose — to help where it is needed.

“We try to show our appreciation,” Homsey said. “We pay it forward.”

Since the group first met 104 years ago at the 18th-century building that is now home to the Windham Restaurant, civic duty has been its mission. A group that once helped roll bandages for soldiers today gathers food and clothing to the needy, makes monthly visits to the VA hospital in Manchester, sponsors scholarships at the high school, sponsors candidates’ night in election season and holds a baby shower for mothers.

There are 54 members currently, most of them in their 50s or older. The group raises thousands of dollars through fundraisers like the annual yard sale and bake sales. There is an event every month. Many members say once they join, they get hooked.

There are members who have been with the club more than 30 years, according to club president Rebecca Howard, who joined after moving to town five years ago. A volunteer for several nonprofit groups, she was intrigued by the number of projects the Woman’s Service Club takes on. She has now led the club for the past three years.

Homsey, a member of the club’s board of directors, joined nearly 20 years ago. By then, fellow board member Ann-Louise Lecolst, a 25-year member, had just started one of the club’s biggest annual events, its annual coat drive.

Inspired by an idea from Lecolst, the club started collecting donated coats and other winter clothing in 1994, and received nearly 300 donations that first year. Last year, that number grew to nearly 2,000.

“When I hear how many coats have been donated every year it feels so good,” she said.

The need in Windham has grown as well. Each year the club puts together Thanksgiving baskets for families in need. A few years ago, they made 35 baskets, but this past year that number grew to 55.

Howard said the club is always looking for new ways to help. Last year, it went through a significant change when it seceded from the National Federation of Women's Clubs and reincorporated, allowing the club to hold on to the large membership fee sent to Washington, D.C., each year and focus more in the community.

As they do good for others, a fringe benefit for members is the companionship of like-minded people. There is a book club, a bridge club, an informal walking group and other activities for members.

“There is a camaraderie,” Lecolst said. “They are really lovely ladies. There’s an overall feeling when you get there — they care so much about everything.”

Homsey said the club’s pay-it-forward philosophy spreads to its fellow members as well.

Several years ago, she had heart surgery and was under strict orders to walk for at least 10 minutes each day. Club members made sure someone came to her home every day to walk with her. As she progressed, they put her in a car and took her to walk at the mall.

Thanksgiving baskets for the poor

Monthly visits to the VA Hospital

School supplies for The Upper Room in Derry

A puzzle swap, with the puzzles going to veterans