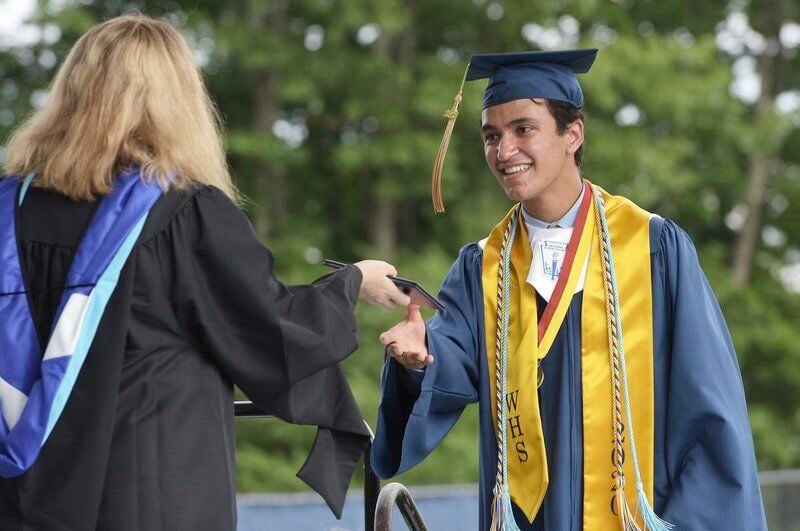 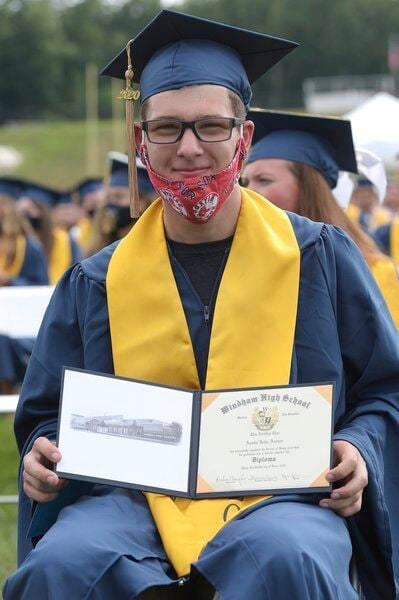 TIM JEAN/Staff photoWindham High graduate Austin Araneo is all smiles as he shows off his diploma. 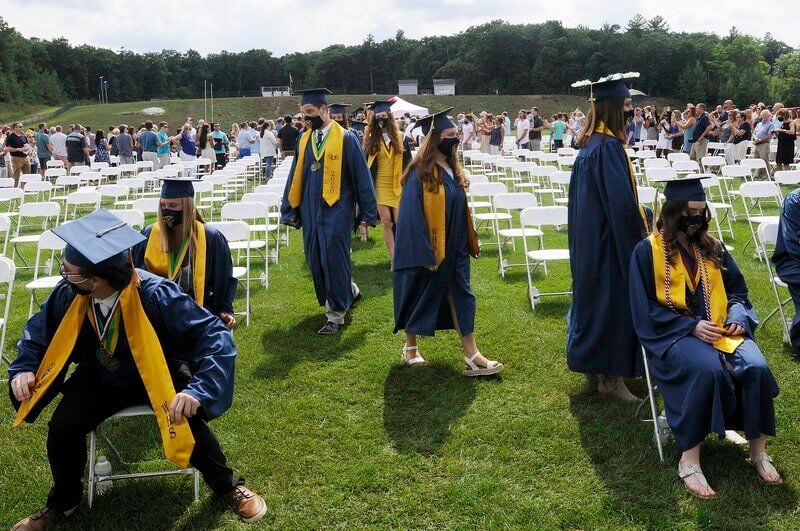 TIM JEAN/Staff photoStudents file in with masks during the Windham High graduation ceremony held July 24 at the high school field. 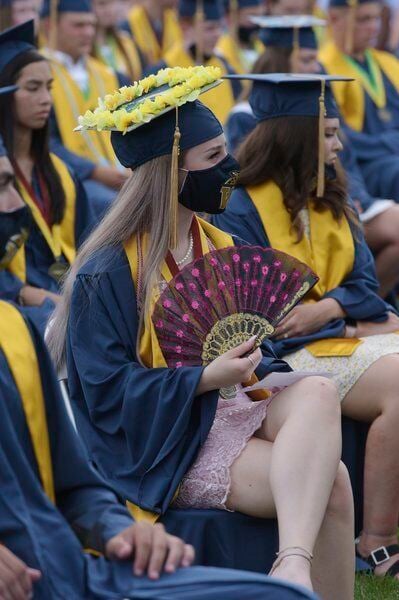 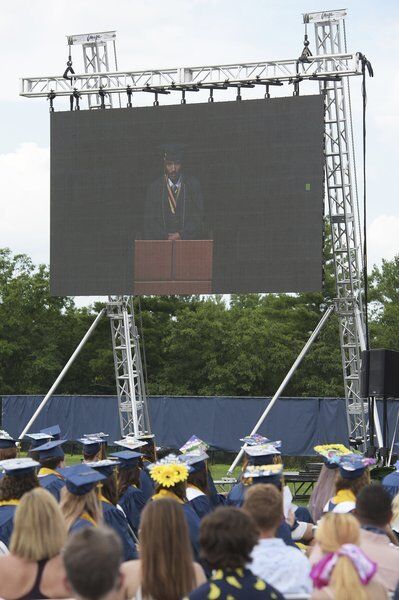 TIM JEAN/Staff photoValedictorian Ian Chin appears on a giant TV screen as he gives his pre-recorded address to the class of 2020. 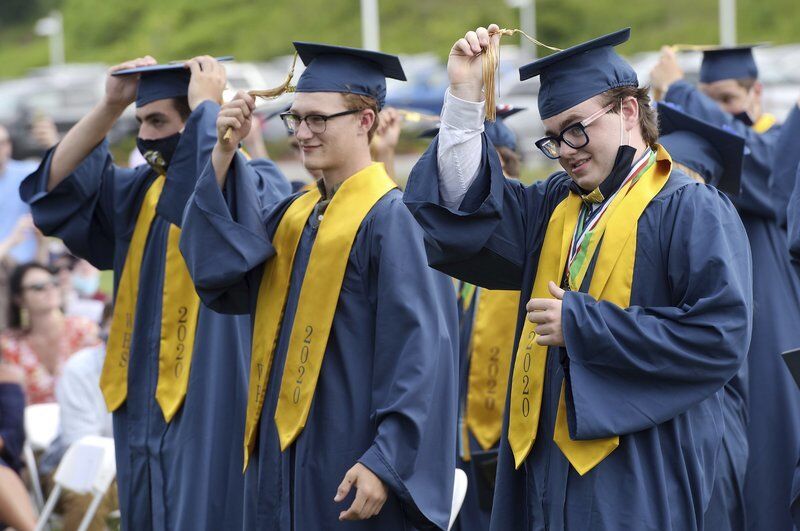 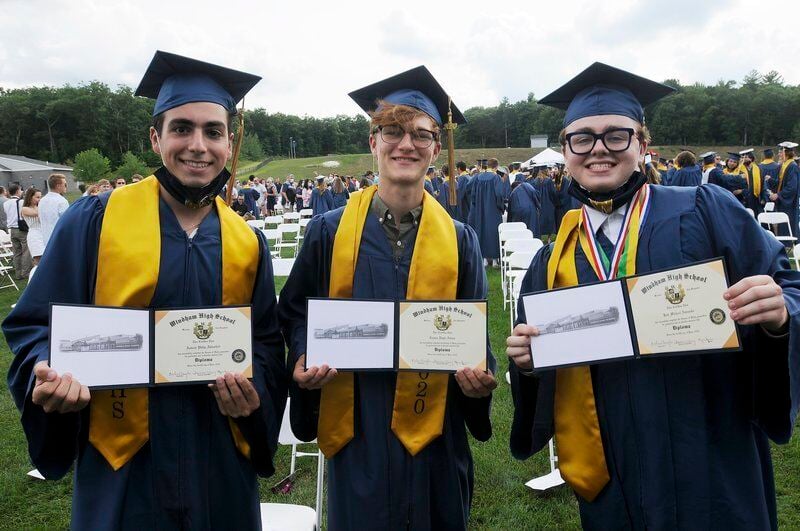 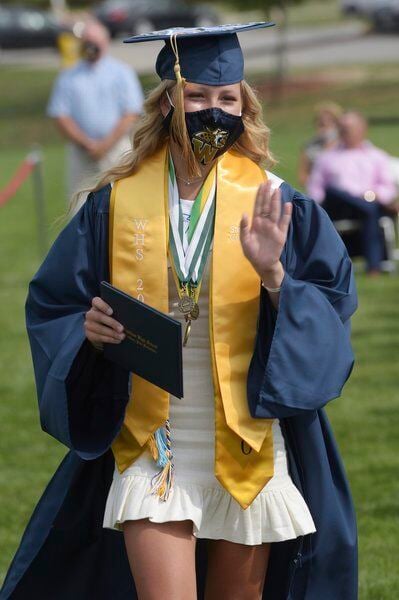 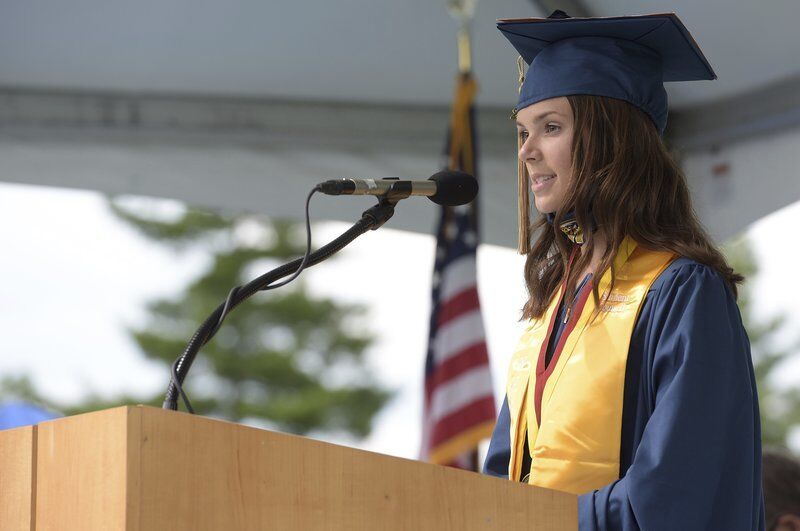 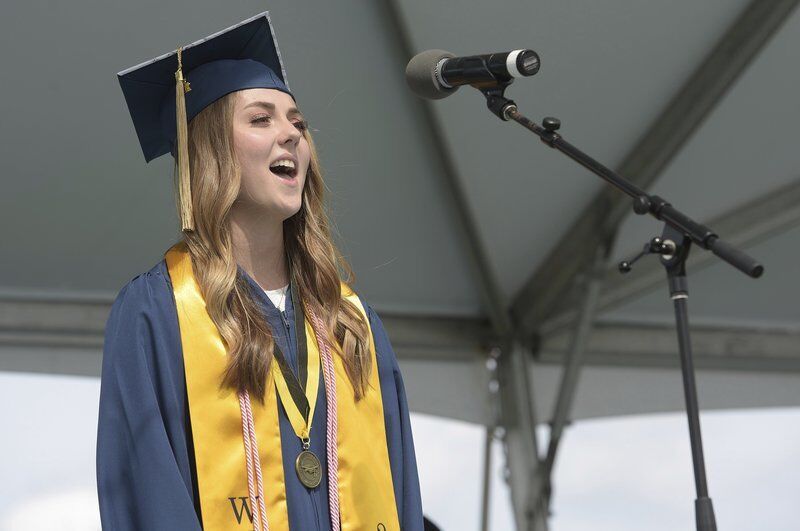 TIM JEAN/Staff photoWindham High graduate Austin Araneo is all smiles as he shows off his diploma.

TIM JEAN/Staff photoStudents file in with masks during the Windham High graduation ceremony held July 24 at the high school field.

TIM JEAN/Staff photoValedictorian Ian Chin appears on a giant TV screen as he gives his pre-recorded address to the class of 2020.

WINDHAM — This class was special, rising to challenges brought on by a menacing virus that put a hold on a traditional senior year and final high school memories.

But these graduates were honored in a non-traditional way, with officials and guests calling on graduates to take their unconventional memories of their senior year and make it a positive path into the future.

Windham High gave a socially distanced send-off last Friday to its Jaguar class of 2020 with two ceremonies held on the field at the high school off London Bridge Road.

Graduates were separated alphabetically with two groups — 120 students each — participating in each commencement ceremony. The pair of ceremonies were also livestreamed on social media for those who couldn’t attend in person.

Graduates filed onto the field, wearing masks, to the traditional sounds of “Pomp and Circumstance.”

But this was not a traditional year for this class.

Ian Chin, in a previously recorded valedictorian speech broadcast on a large screen, told his fellow graduates that 2020 would be remembered as a time of challenges, but with a lot of great work still to be done moving forward.

“There are a lot of problems plaguing this generation,” Chin said, “but we can make a difference in these issues. We stand at the starting line of a new chapter in our lives.”

Chin’s fellow graduate and class salutatorian Michael Panner, told his classmates that COVID-19 changed the trajectory of everything this year.

“Having to graduate a month later, COVID-19 has drastically changed our lives,” Panner said, adding he knows his fellow graduates will take the challenges they faced and go on to do great things.

School Superintendent Richard Langlois told the graduates they were special and embraced their final months of high school with strength and a lot of resilience.

The school leader said graduates took on the challenges and learned to persevere against the invisible virus that suddenly changed things.

“You were deprived of a normal graduation. You deserved to celebrate your senior year, your prom, theatrical performances, sports,” Langlois said. “For that we will be forever heartbroken.”

But Langlois concluded saying this class was extraordinary in how they handled what came their way.

“We will all remember this event, how proud we are of you today, you persevered in difficult times,” he said. “You will forever remember this moment, this experience. You are special.”

Staton told graduates to keep the friends made in Windham close. Staton added this class “made history.”

In addition to presenting diplomas, graduates were honored with a long list of awards and other accolades for their high school accomplishments.

The longstanding Windham High Faculty Award went to Peyton Gravell, also the class president and the first woman to earn the honor in the award’s history.

In her address to fellow classmates, Gravell said this class earned a “badge of honor” due to the circumstances faced.

“The journey continues,” she said. “We had some very unique circumstances being part of a very important time in history. We are special and we all experienced what it means to overcome.”

Prior to the final commencement event, graduates enjoyed a senior salute parade in June, where seniors were able to drive vehicles safely around the high school campus, greeted and applauded by teachers and school staff, as they drove by.

Graduates also received special gifts during that salute, along with a big, albeit non-traditional, farewell to their high school years at Windham High.