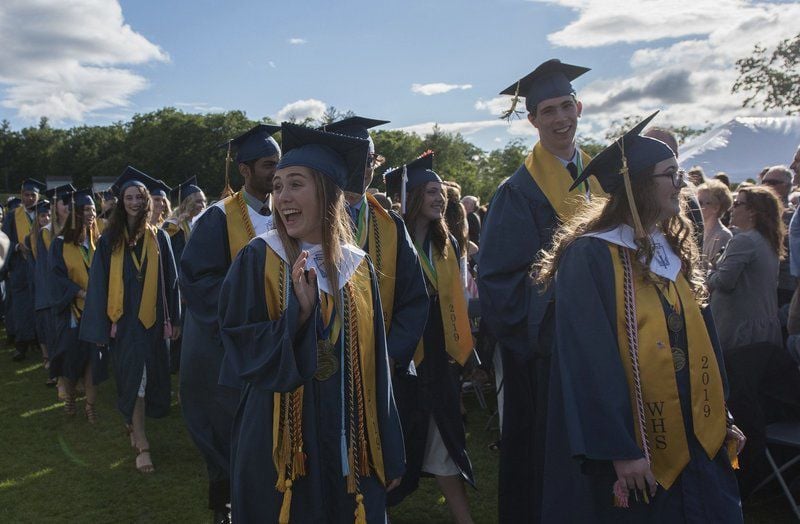 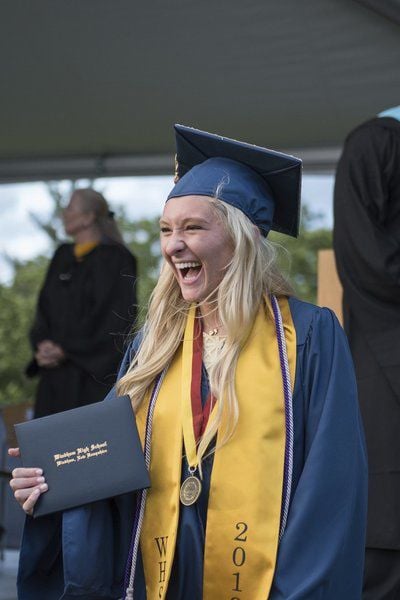 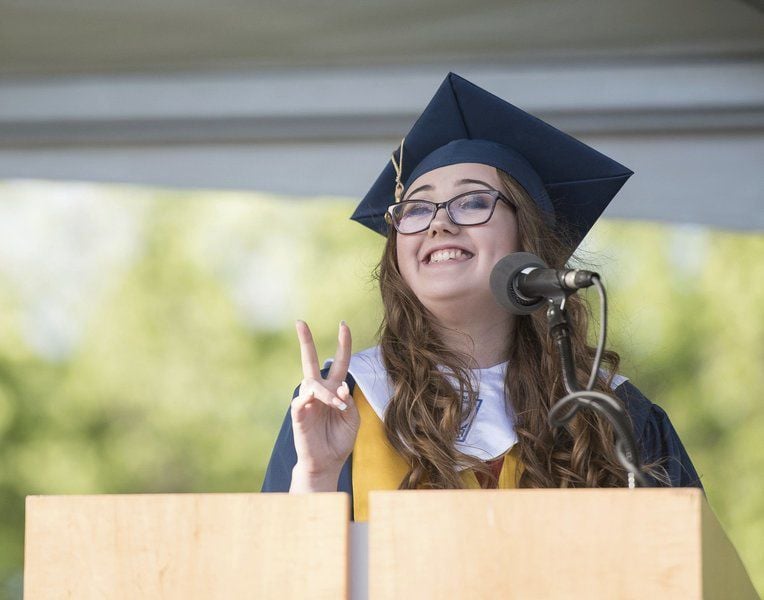 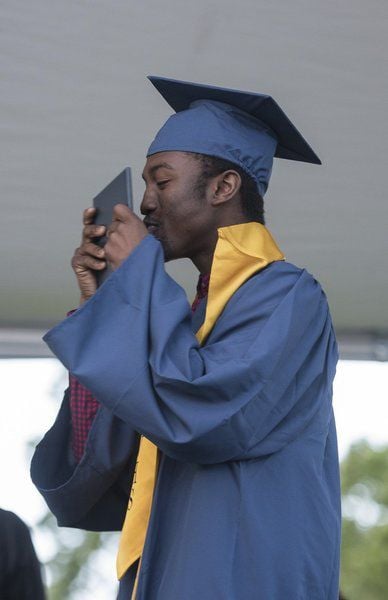 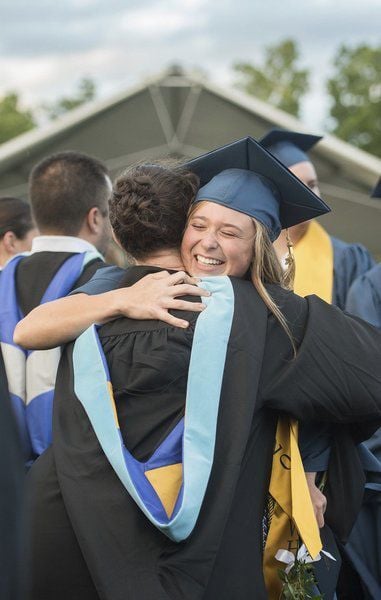 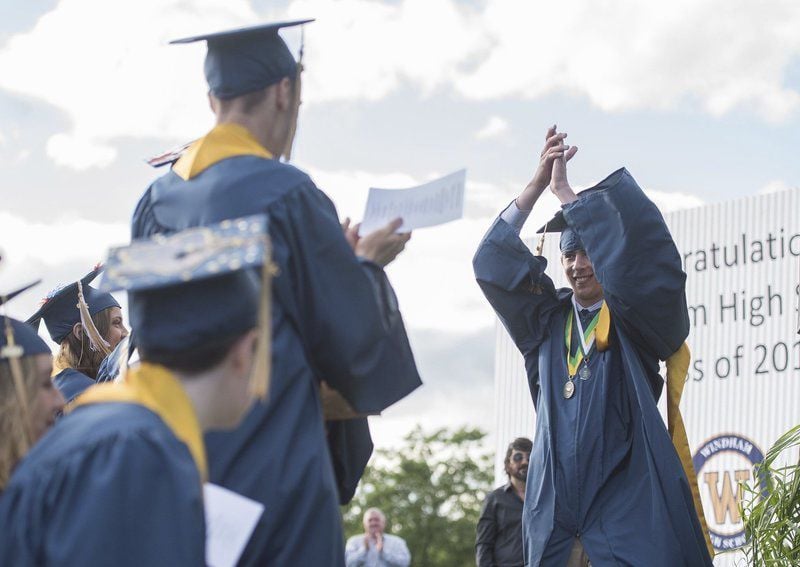 WINDHAM — More than 3,000 people gathered at Windham High School last Friday night to welcome the school's 2019 graduates into the future.

The massive crowd of family and friends raised their phones and applauded as the Class of 2019 descended from the school building to take their seats.

Windham School Board Chair Keleigh McAllister spoke first. She congratulated the graduating class on their ability to take action and effect the world around them in a positive way at such a young age. An observation later supported by all faculty speakers.

“You have come to more school board meetings than any class in the last decade,” McAllister said. “You don’t need anyone’s permission to do something great. ... We’re incredibly proud by the way you’ve anchored our community.”

The next speaker, Class of 2019 President Nikolas Kasprzak, took the stage beginning with, “We finally did it Jags!”

Kasprzak reflected on his high school experience, making light of his previously much longer hair and the gathering of people wearing “blue bathrobes and rectangle hats.”

He finished his speech to a standing ovation, ending with, “Pressure makes diamonds. Way to rise to the challenge Class of 2019.”

In her speech she looked toward the future with optimism.

“You will always have your character. Stay true to yourself,” she said.

Valedictorian Bellana Driscoll shared the story of her high school experience. Beginning as an outsider, then overcoming this status by putting herself out there and bonding with her peers in the face of embarrassment.

Driscoll echoed many speakers' messages of hope and optimism, and added an emphasis on the importance of positive thinking.

“Mindset affects our world,” she said.

The graduation's guest speaker was Dale Rogers, a Haverhill metal sculptor who created the iconic Jaguar sculpture that resides on the Windham High campus.

Rogers pointed out the positive difference he saw between his high school experience and the one he witnessed as he worked on the school's sculpture. He referred to Windham High as an institution that doesn’t aim to create a workforce, but “a high school to create the leaders of tomorrow.”

Noting that “the jobs of today may not be the jobs of tomorrow,” he encouraged the Class of 2019 to follow their dreams and to “face the challenges ahead with the strength of a Jaguar.”

“It is a new beginning,” noted Windham Superintendent Richard Langlois. “Education isn’t what you learned or how much you know. It’s what you do with it.”