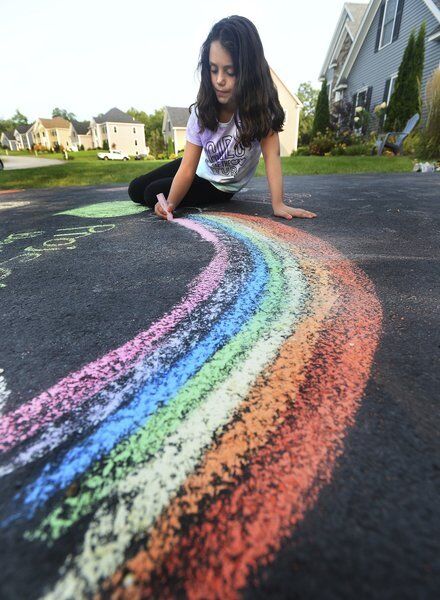 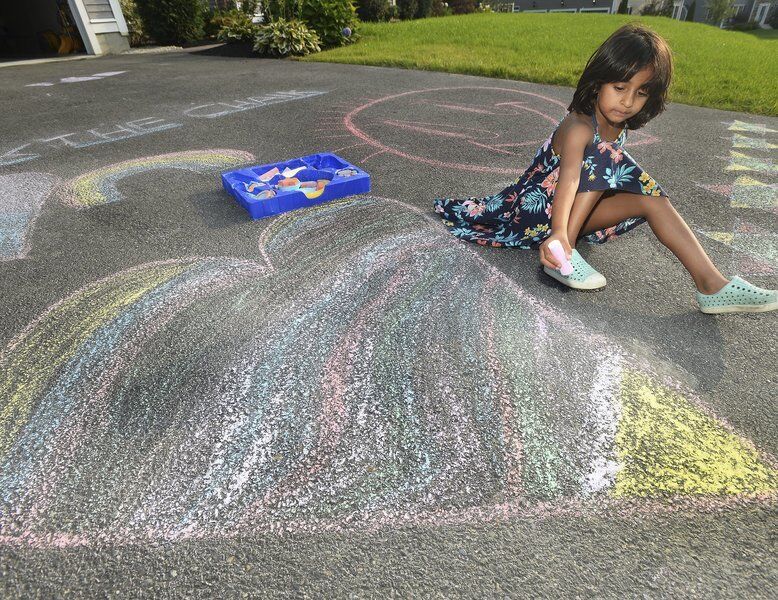 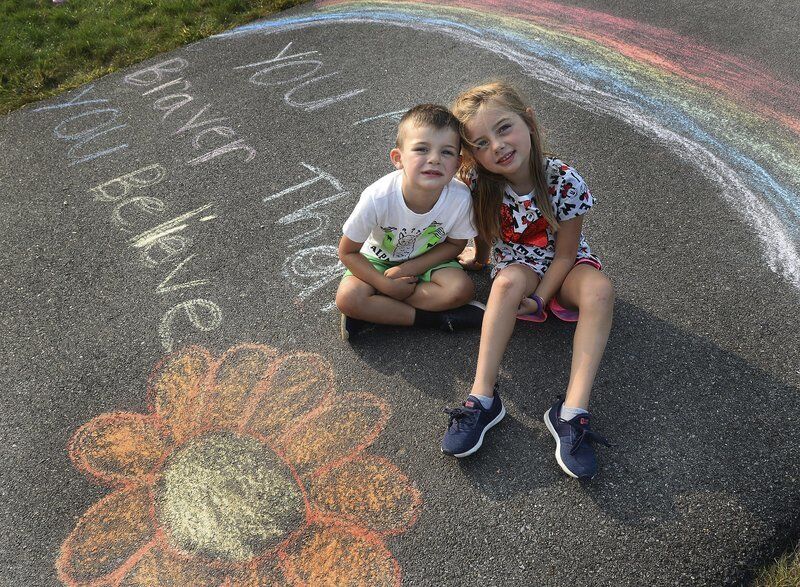 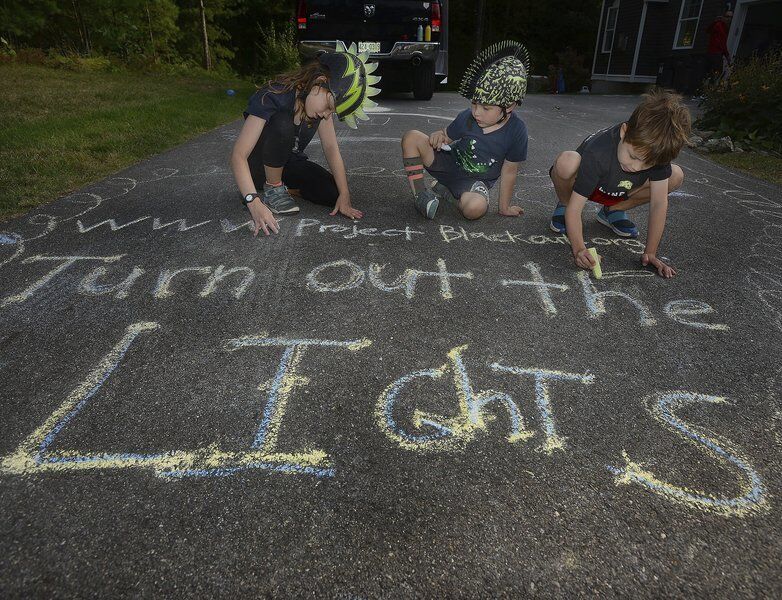 CARL RUSSO/staff photoFrom left, Emalia Tether, 10 and her brothers, Jackson, 4 and Charlie, 7 work on their message in the driveway. Every year Windham does a Blackout Cancer event. This year, supporters created doing chalk murals around town to show their support for those battling cancer.

CARL RUSSO/staff photoFrom left, Emalia Tether, 10 and her brothers, Jackson, 4 and Charlie, 7 work on their message in the driveway. Every year Windham does a Blackout Cancer event. This year, supporters created doing chalk murals around town to show their support for those battling cancer.

WINDHAM — In a typical year, Nathan Road neighbors will gather at one of the Blackout Cancer games in town together.

This year they spent time together, but in a different way.

The neighbors, along with other residents in town, were spaced apart in their driveways or on a nearby sidewalk drawing chalk murals.

The “Chalk the Walk” murals represent the unity and togetherness of the Windham community for the annual Blackout Cancer events.

Typically, there’s a week of games and events that draw the whole community, culminating with the annual Blackout Cancer football game. Because of COVID-19, this year families across town are finding a way to unite when they can’t physically gather at a game.

Project Blackout is a Windham-based nonprofit created in honor of Cole Stoddard, a 5-year-old who died of cancer. The organization’s goals are to generate awareness about the disease, raise funds in support of research efforts, and care for the children and families currently battling pediatric cancer in town, Potter explained.

Typically, at the football game, children who have cancer or have beat cancer are honored with a special halftime show, and the families can gather at a special VIP tent. This year, while those children can’t be honored in the same way, their friends across town are using their artistic skills to show how much they still care.

“‘Chalk the Walk’ is helping our community create unity and show signs of support since we can’t come together at the game,” Erica DiNitto said.

This year project organizers encouraged people to incorporate the names of loved ones who have battled cancer into the murals, to honor them. Traditionally, those names would appear on a large board at the football game.

The organization is also not doing its typical T-shirt fundraiser. Instead, organizers asked everyone to pull out their favorite former Blackout Cancer shirt, or any black shirt, and wear it on Sept. 25.

“Instead of putting the pressure on you have to buy something we are welcoming donations and hoping people will contribute,” Potter said, explaining that people can donate to the organization through its website and the pediatric cancer organizations will get the money.

More information on Project Blackout can be found at projectblackoutusa.org.