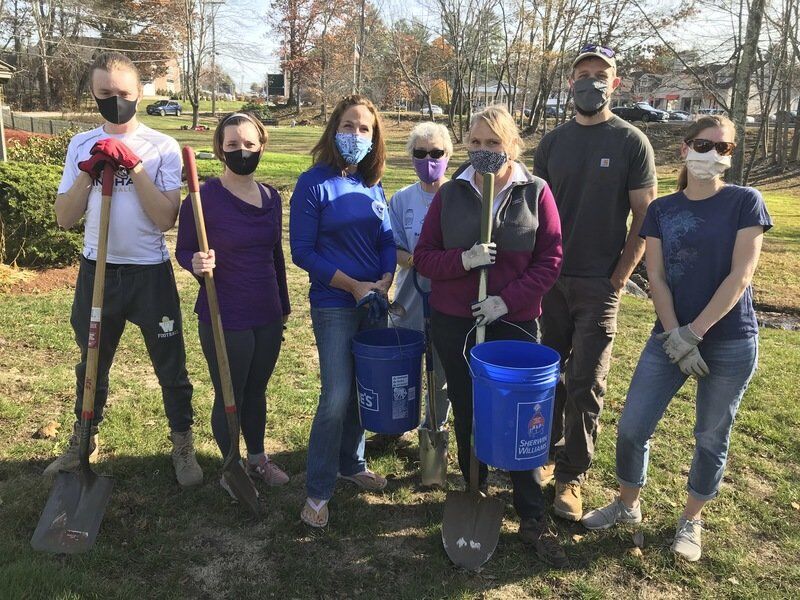 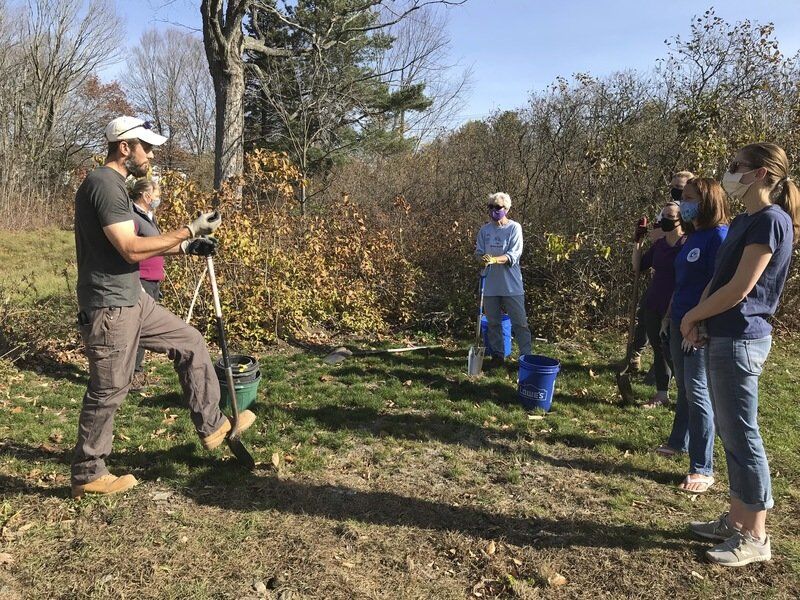 JULIE HUSS/Staff photoVolunteers in Windham came out Saturday morning to move some lilac sprouts across North Lowell Road to the Town Common. The new plantings will help beautify the historic Common, currently the focus of a community beautification project.

JULIE HUSS/Staff photoVolunteers in Windham came out Saturday morning to move some lilac sprouts across North Lowell Road to the Town Common. The new plantings will help beautify the historic Common, currently the focus of a community beautification project.

WINDHAM — Some longstanding florals in the community will be kept blooming thanks to volunteers and some gardening support.

Volunteers came out Saturday to the historic Town Common off North Lowell Road to organize an effort to bring some sprigs of nearby lilacs to the Common, part of the community's efforts for the continuing beautification of the green space.

Moving parts of the long-established lilacs is a way to keep the continuation going of some past history, even when it comes to lilacs, volunteers said.

The Windham Town Common Beautification Committee was established in 2015 to look at ways to improve parts of the common area in town.

The project also includes the construction of a new bridge over Collins Brook. Fundraising efforts got underway to support the work. Voters in March also approved $50,000 to support Phase I of the beautification project.

A lot of work has already been done over the past several years, including a lot of brush clearing near the culvert under Route 111 that uncovered hidden and intricate fieldstone.

In November of 2018, the Veterans Memorial area was dedicated.

During Saturday's event, committee member Siri Wilbur noted that bringing over some remnants of the lilacs would only add to the ongoing upgrades on the Common. She then led them across North Lowell Road to the overgrown spot where the lilacs have grown for many years.

Landscape designer and consultant John McRobbie of N.H. Stateline Consulting, gave a history lesson of the lilac, saying the plant dated back centuries, with one of the oldest records of the shrub being in Wolfeboro.

"And you really don't have to worry about hurting the plant,"  McRobbie said, adding the lilac is very hardy and grows easily.

Volunteers then took shovel to dirt and meticulously dug up sprouts near the ground under the taller, more aging lilacs.

The sprigs were then put in buckets and taken back across North Lowell Road to be transplanted on the Common.