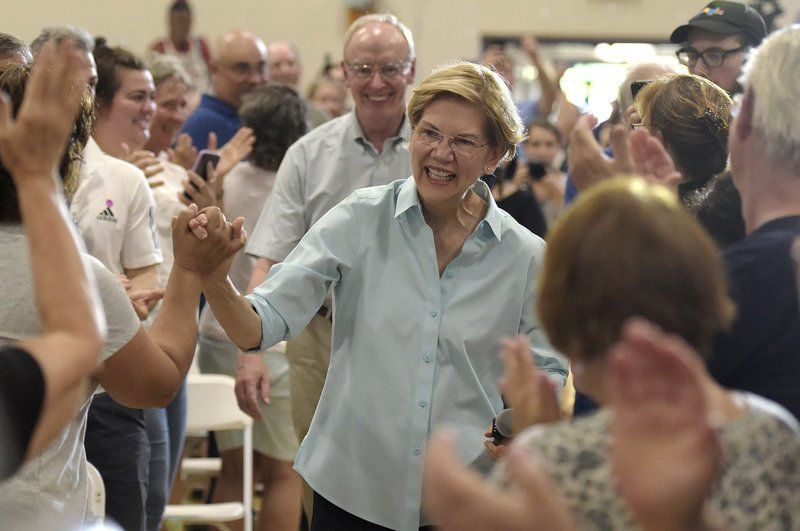 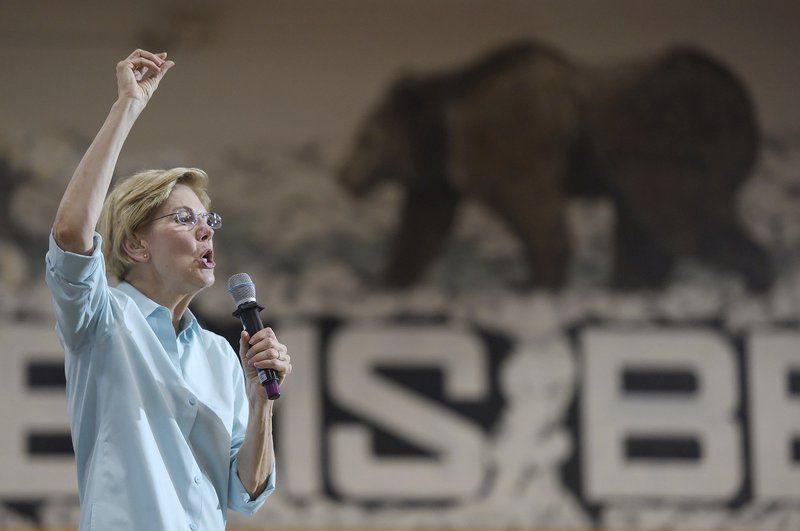 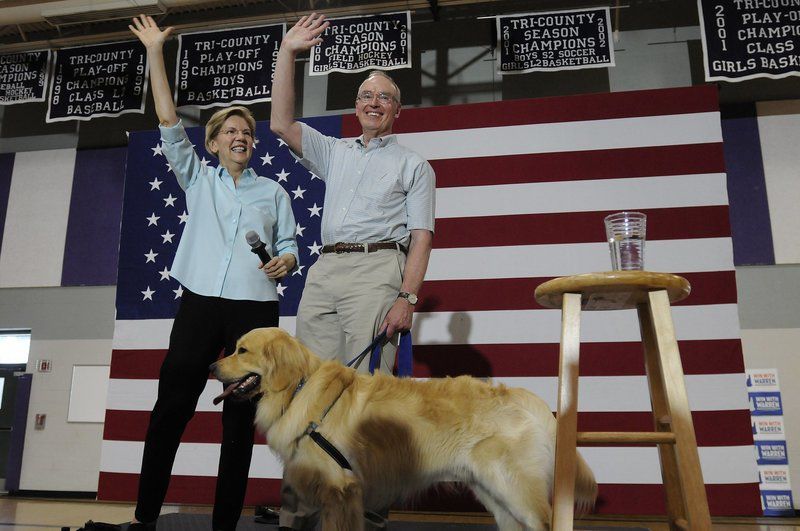 DERRY, N.H. — One month after solidifying herself as a central figure in the upcoming presidential election, showing her momentum and readiness to defeat President Trump while on the debate stage in June, Sen. Elizabeth Warren drew in a crowd of 550 voters to a local middle school on Saturday.

In the auditorium of West Running Brook Middle School, Warren highlighted the two ideas that have paved the way for her campaign: Fighting corruption and restraining corporate power.

To huge applause and a standing ovation from the crowd, Warren said every person who runs for federal office should have their tax returns posted online.

And with the two or three cents that would come from each dollar, Warren outlined the list of what could be accomplished.

That list includes universal child care for every child five or younger; universal pre-K for every 3- and 4-year-old; increased wages for all child care workers and preschool teachers; free tuition and fees for all public technical schools and colleges; $50 billion for historically black colleges and universities; forgiven student loan debt for 95% of students; $100 billion over 10 years to combat the opioid crisis; and down payments on a green new deal and medicare for all.

"All we're saying is if you make it really big, pitch in two cents so everyone else has a chance to make it in this country," she said.

After Warren closed out her remarks to the public, she huddled with reporters and answered questions on a widespread debate: The impeachment of Trump.

Warren said she never expected to speak regarding impeachment until she had read the entirety of the Mueller report, citing three things she knew after analyzing the 448-page report cover-to-cover.

She knew that a hostile, foreign government had attacked the 2016 election for the purpose of helping Trump, and that he was a candidate that welcomed that help. When the federal government tried to investigate, Warren said Trump did everything he could to obstruct justice.

Stemming from those three things, Warren said: "I believe the case has been made fully in the Mueller documents, with footnotes and affidavits, it is time for us to begin the impeachment proceedings, and that we should have a vote in the house and in the senate."

The remarks about Trump continued when Warren addressed a series of tweets sent out by the president Saturday morning about Rep. Elijah Cummings, a Democrat from Maryland.

Trump's tweets criticized Cummings, naming him a "brutal bully," and called his congressional district a “disgusting, rat and rodent infested mess” where “no human being would want to live.”

"Trump is a racist who makes ever more outrageous racist remarks. It is insulting both to the congressman and to the people he represents," Warren said. "To be attacked by a president issuing racist tweets is beyond insulting. It is disgusting. This president brings shame to himself and the office."

The Democratic hopeful brought out voters from across the state, and across the country Saturday to listen to her policies and vision for America.

Derry resident Lefty Keans, who, like many others in attendance, believes the most critical part of the upcoming election is ensuring a Democratic candidate takes home the presidency, said Warren's message of the people verse large corporations is a valuable one.

Commending Warren's wealth tax plan that would bring in revenue from the richest Americans to help others, Keans said that is the foundation of America.

"Giving back to people, that's what America is. It's helping others out," she said.

And as Warren slowly inches forward in the polls — trailing slightly behind Sen. Bernie Sanders in second place — loyal supporters continue to rally behind and praise her policies, and her ability to clearly explain them.

"I have loved her since she ran for senate," said Erin McMahon, 27, of Pembroke. "I want to see her plans happen."