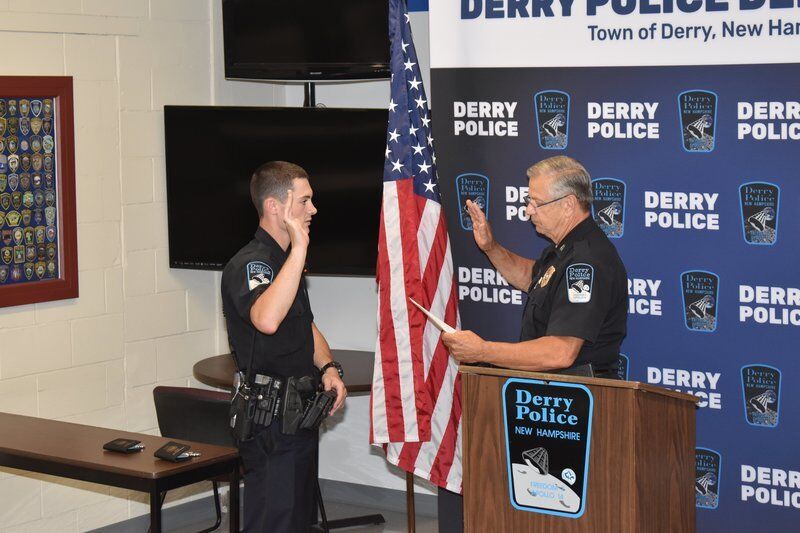 COURTESY PHOTOAndrew Kennedy raises his hand to take the oath, becoming an officer with the Derry Police Department. A ceremony was held Aug. 26. At right, police Chief Edward Garone gives Kennedy the oath. 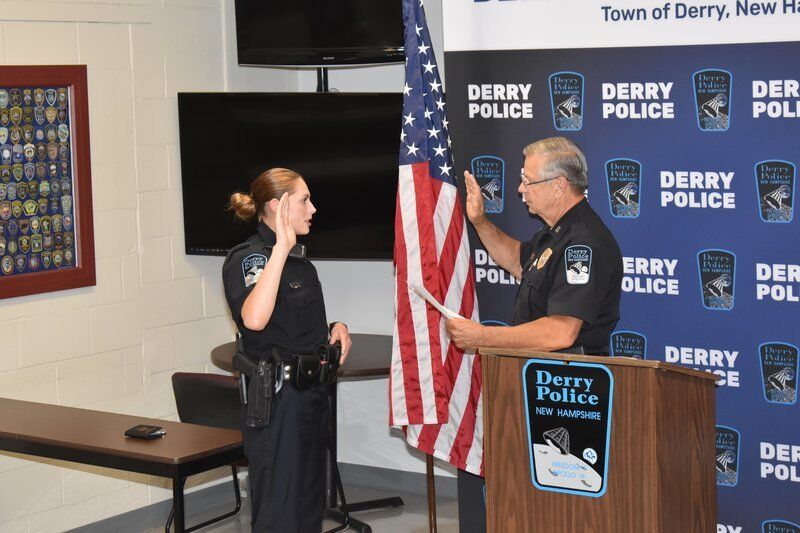 COURTESY PHOTOAndrew Kennedy raises his hand to take the oath, becoming an officer with the Derry Police Department. A ceremony was held Aug. 26. At right, police Chief Edward Garone gives Kennedy the oath.

DERRY — The police department recently welcomed two new officers to the force, honoring the pair with a swearing in ceremony Aug. 26 at the police station.

Officers Sara Joyce and Andrew Kennedy took the oath presented by police Chief Edward Garone and then received their badges.

Joyce is a native of Pepperell, Mass., and after graduating from Nashoba Valley Technical High School in 2017, she attended Franklin Pierce University earning her Bachelor of Arts degree in criminal justice with a minor in Intelligence Security Studies.

Joyce attended the 185th New Hampshire full-time police academy and graduated from the 16-week program Aug. 20. She will finish up her 12-week field training program with Derry police in late October.

Kennedy was raised in Derry and is a 2018 graduate of Pinkerton Academy. After high school, he attended NHTI in Concord, where he earned a degree in criminal justice. While attending college, Kennedy also completed a 120-hour internship with Derry police and worked alongside many of his new coworkers.

Kennedy was hired by Derry police in March and attended the 185th New Hampshire police academy's 16-week program. He will complete his field training with Derry police in October.