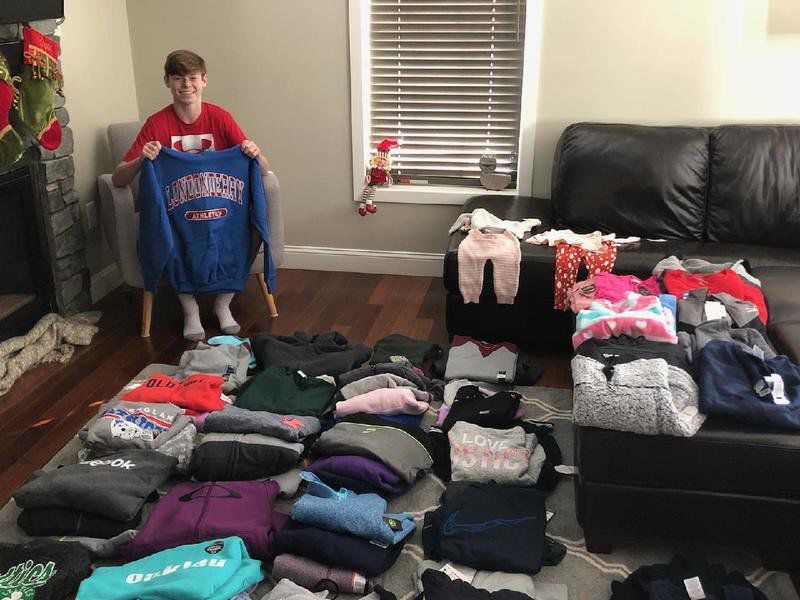 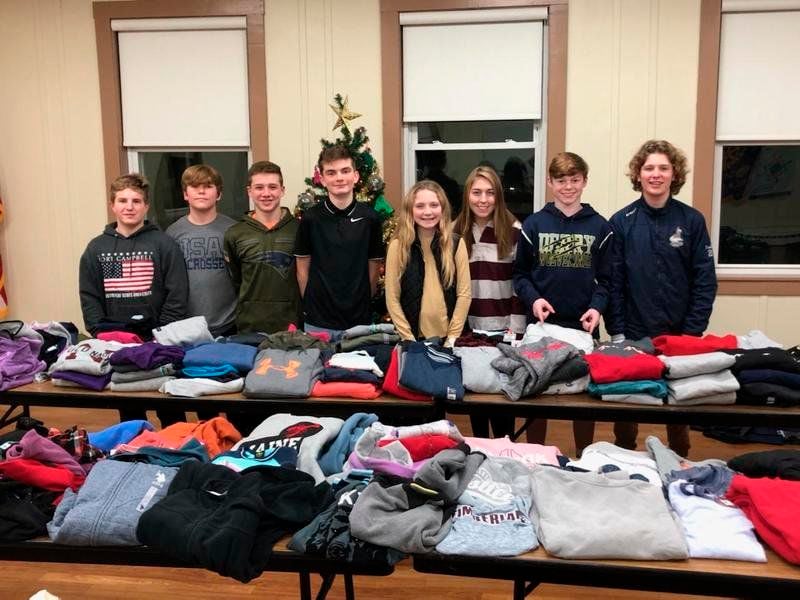 Courtesy photo. Logan Cove and a group of students collected more than 350 sweatshirts for charity recently.

Courtesy photo. Logan Cove and a group of students collected more than 350 sweatshirts for charity recently.

DERRY — Logan Cove, 13, remembered sitting in class when he overheard a friend say that his family could not afford to buy him a sweatshirt. The friend had to borrow one from his mother.

“It stuck with me,” said Logan, an eighth-grader at West Running Brook Middle School. “I thought about it for a long time, and I thought, 'Wouldn't it be great if kids could give back?'”

LMC Charities just wrapped up its second annual sweatshirt drive, which ran from Nov. 1 to Dec. 8.

Logan said that more than 350 sweatshirts were collected, compared to 100 last year. They will be donated to Windham Helping Hands, Derry Middle School Social Workers, Inner City Partners with Mayor Craig of Manchester, and local fire and police departments.

"It's contagious, helping others," said Logan in a press release. "Some kids are not as fortunate as I am, and if I can help out, I sure am going to."

According to Logan, LMC Charities is predominantly run by six team leaders who are in middle school. Logan said he knows most of the team leaders from school and after-school activities like lacrosse and football.

"One of the coolest things is that it is kid-run," Mike Cove, Logan's father, said. "Parents don't really get involved in the meetings. The kids run it like a board and discuss issues they want to take on."

Logan added that kids contact businesses, organize meetings and come up with ideas for future projects.

Parents helped the kids running LMC Charities file for permits in order to host a 2K in Manchester and look into the process of filing to become an official nonprofit, but mostly, the kids are in charge.

Logan has even been mowing lawns and shoveling driveways in order to make the money needed to apply for nonprofit status.

“Adults lead us in the right direction, but it is mostly kid-based,” Logan said.

Cove said he is impressed by his son's work.

"He really is super kind, and really respects people as individuals," he said. "He doesn't judge people."

The LMC Charities board meets regularly to discuss ideas for events, and to brainstorm how to continue to make a difference.

In the spring, LMC Charities will host a 2K.