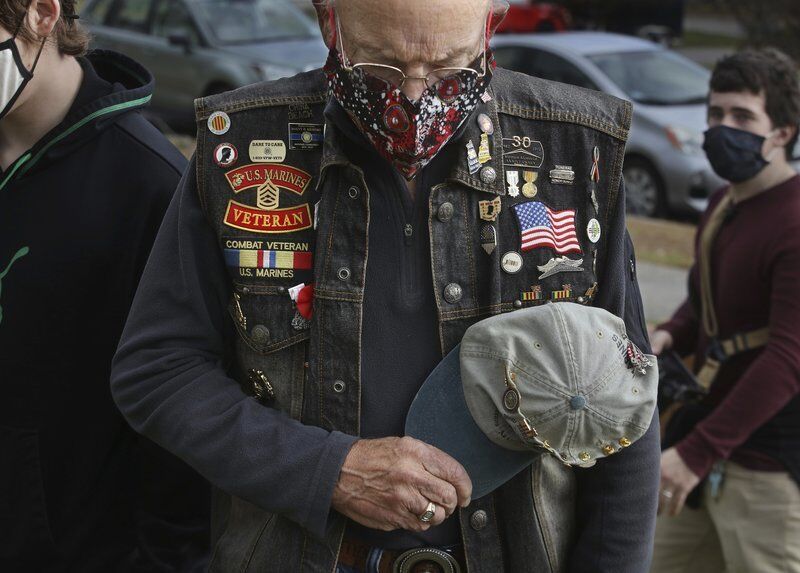 MIKE SPRINGER/Staff photoU.S. Marine Corps veteran Doug Crooker, who served in the Vietnam War, holds his hat in prayer during the annual Veterans Day ceremony in MacGregor Park in Derry. 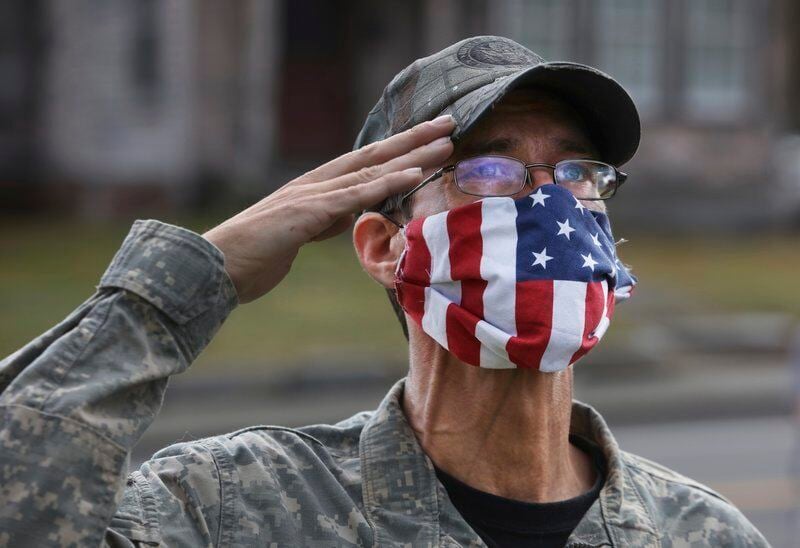 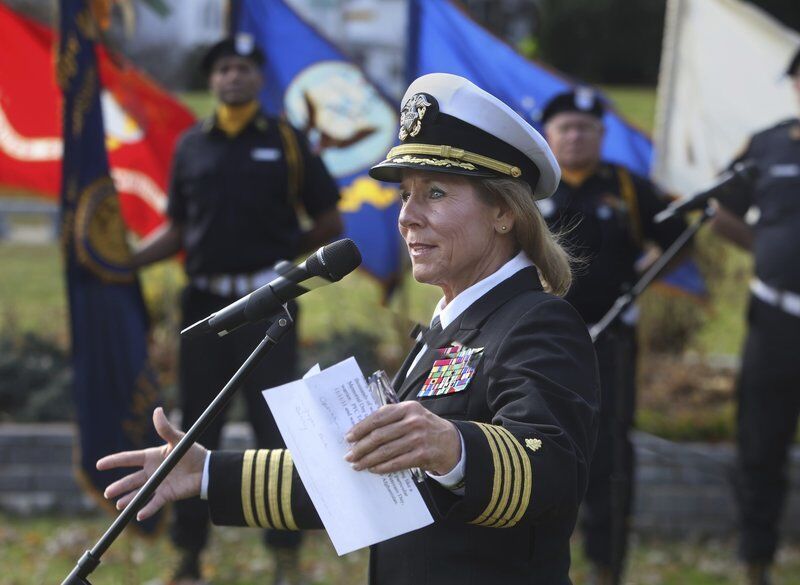 MIKE SPRINGER/Staff photoU.S. Marine Corps veteran Doug Crooker, who served in the Vietnam War, holds his hat in prayer during the annual Veterans Day ceremony in MacGregor Park in Derry.

DERRY — It's a day set aside to honor all men and women who have served their country.

In Derry, it was a day of support and tribute.

The ongoing pandemic forced many communities to find safe ways to honor their veterans, including non-public ceremonies, live-streamed ceremonies and drive-by support for veterans including breakfasts, patriotic music and flag ceremonies in their honor.

Derry held a traditional service in MacGregor Park, with possibly less attending, but no less amount of support for the community's veterans. The ceremony included guest speakers, Honor Guard, and a proclamation read by Town Councilor Richard Tripp, also a veteran.

In the proclamation, Tripp offered the Council's appreciation for veterans on this day, Nov. 11, 2020.

"The services performed by these millions of gallant Americans have demonstrated the willingness of our nation to meet the challenges of those forces wishing to subjugate individual determination through our conflict," the proclamation stated, "and honorable service performed in the defense of our nation and her cause in time of war is the highest form of citizenship."

Tripp continued, saying "Veterans Day has become a significant part of our American heritage, as we recognize the millions of our veterans whose military service has had a profound effect on history."

Students in Pinkerton's Class of 2022 hosted a drive-by celebration with breakfast, patriotic songs provided by the Pinkerton chorus and a flag ceremony hosted by the school’s JROTC cadets at the flagpole near the front of the historic clock tower building.