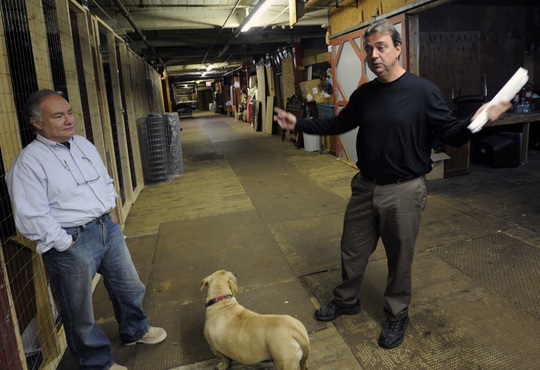 TIM JEAN/Staff photo. Scott Considine, right, talks about the improvement he and Glen Robbins, left, have made to the old shoe factory. 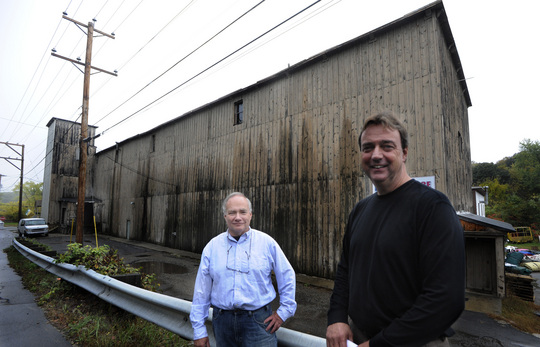 TIM JEAN/Staff photo. Scott Considine, right, talks about the improvement he and Glen Robbins, left, have made to the old shoe factory.

DERRY — It once housed hundreds of employees in a prosperous local business.

Now, the owners of an old shoe factory in town hope to breathe new life into the aging structure.

Built around 1909, the 44,516-square-foot building is a former shoe factory that once was a Derry gem. Considine and Robbins have their own business located in the building — an amusement/ bounce house business — and will now oversee the old factory as official owners.

The pair wanted to expand into ownership when the opportunity came up, purchasing the building for about $229,000. Now, they're hoping to offer business people in the community a space to work, to rent and create products.

The previous owner ran a woodworking business out of the building and found times tough, Considine said.

"His countertops were in every store, but it went south on him," he said.

The opportunity to take over the building and make it into something that could help other people in the area was something they couldn't pass up.

The former factory has a long history in Derry, along with years of neglect. In 1939, it was originally Klev-Bro shoe factory and later became the Jodi Shoe Company.

Klev-Bro moved its operation to a new location on Manchester Road. Jodi Shoe operated until the mid-1970s. Klev-Bro lasted through the 1980s.

"That was part of a shoe factory complex around Maple Street," Holmes said.

Considine said the town has been very supportive of their efforts to restore the Elm Street building.

He said people around town tell him stories of grandfathers and other relatives who once worked long hours at a shoe manufacturing machine in that building.

"We want to try and keep the history up," Considine said. "I think that's important."

Right now, people are renting space at the factory for storage or small business ventures, including furniture restoration and upholstery work.

With so much work being lost to foreign markets, Considine said, it's vital to keep local people working and producing goods.

Local historical experts will be on hand to offer information about the former factory. Visitors can see what the owners have planned for the building's interior restoration.