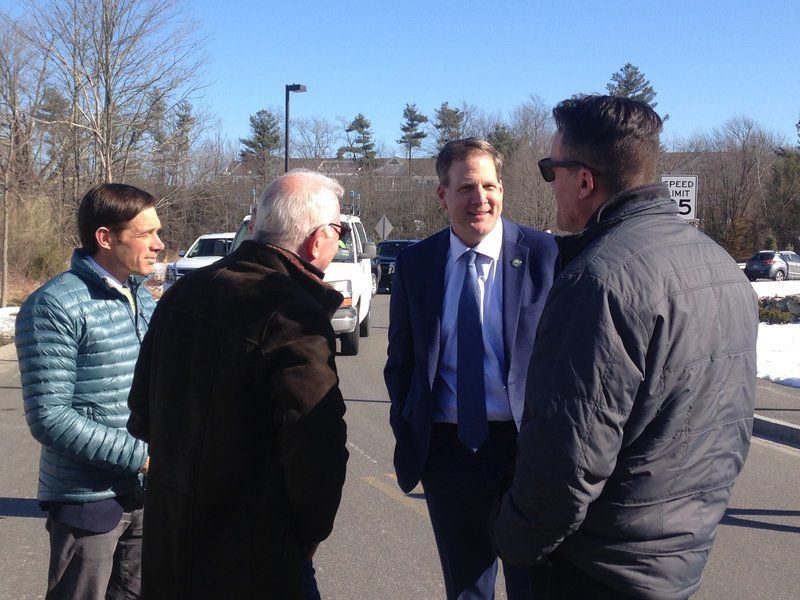 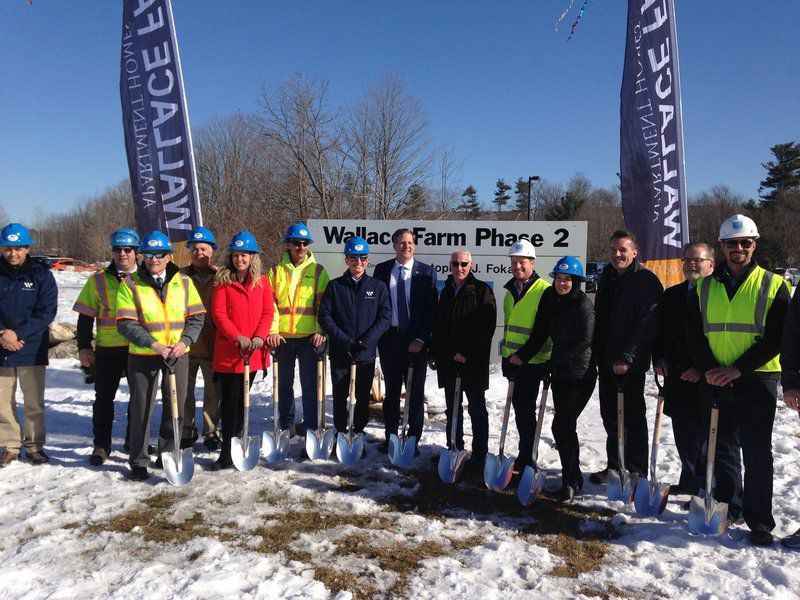 JULIE HUSS/Staff photoState and town officials, developers, and other supporters gather off Perkins Road on Feb. 21 for a groundbreaking ceremony to honor the second phase of the Wallace Farm project in Londonderry.

JULIE HUSS/Staff photoState and town officials, developers, and other supporters gather off Perkins Road on Feb. 21 for a groundbreaking ceremony to honor the second phase of the Wallace Farm project in Londonderry.

LONDONDERRY — It was once pristine local farmland, but now Wallace Farm is being celebrated as another successful addition to Londonderry's housing opportunities.

A ceremony to honor Phase II of the Wallace Farm apartments off Perkins Road was held Friday afternoon, with state and local officials, developers and other supporters taking a shovel for the ceremonial ground-breaking event.

Gov. Chris Sununu also paid Londonderry a visit to see the project, heralding Wallace Farm as a type of project much-needed in the state.

The second phase of the project will offer 72 units of workforce housing with 35 market rate units and 37 units available to qualified applicants who are at 60% of the area's median income.

The second phase will offer 12 units with one bedroom and another 60 with two bedrooms. The new phase will bring the total number of mixed-income units at Wallace Farm to 168 units.

State law requires communities to provide opportunities for workforce housing, housing priced for workers so they can live in towns they otherwise might be unable to afford.

Wallace Farm is one of several in Londonderry now offering the workforce available units.

He credited all the support from the town and state to help the project be successful.

Sununu said Wallace Farm is an example of housing that is needed in the Granite State.

"And with Exit 4A, it's a whole new exit that will unleash development and potential here," the governor said. "Keep building."

"It's important that projects like this happen," he said, adding having a portion of the units marked as workforce housing along with regular market value units, it creates a nice community.