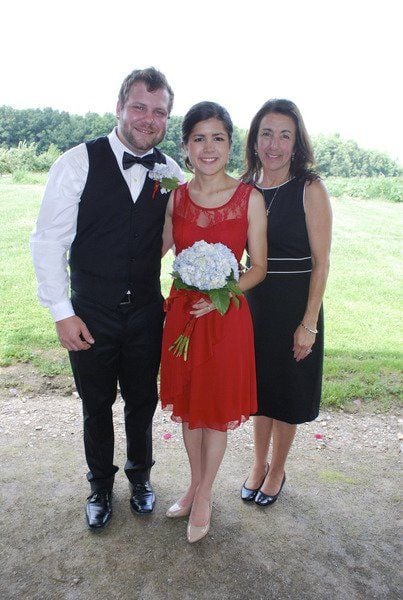 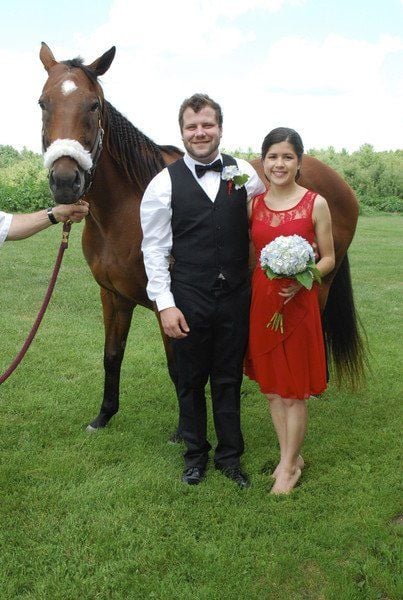 LONDONDERRY — To many, a wedding sparks images of flowers, a venue, a caterer and a gathering of close family and friends.

The most important requirement, though, are the words recited by a justice of the peace.

According to Town Clerk Sherry Farrell, they are usually something along the lines of, “by the power invested in me by the state of New Hampshire…”

Since August 2014, Farrell has married around 12 couples. The brides and grooms found their way to Town Hall, obtained a marriage license, and got married right on the spot. Without all the traditional glitz and glamour, Farrell has set out to make getting married an affordable, yet special, occasion.

“Some couples get married right at the counter and some come into my office,” Farrell said, “it’s quite comfortable in there. But I’m open to going other places to marry people as well. There’s no place I’ve had to say no to yet.”

She keeps flowers on hand, in case a bride feels like holding a bouquet, and welcomes the engaged pair to bring in any pictures or memorabilia they would like by their side during the ceremony. This is a rarity as not many Town Hall marriages stray from the counter.

In the fall, she met one couple at a local apple orchard and they chose to bring their horse along. Farrell allows couples to decide how big or small they want the juncture to be. Parks and back yards are a few other places that she has been called to officiate.

The ceremony itself is customizable as well. Whether it’s saying their own vows, having a ring ceremony or adding blessings, Farrell welcomes couples to help her entirely plan their dream ceremony.

As a Londonderry native, Farrell has deep ties to the community where she serves as town clerk. Since March 2014, she has been responsible for a range of jobs from issuing birth certificates, to preparing ballots for town elections, and even accessing a huge vault with books and history about Londonderry dating back to the 1700s.

“I love every second that I’m working here,” Farrell said, “as a town clerk I’m representing the people of this community so it’s wonderful. If they have concerns I’m always making myself available to talk to them.”

She, along with Town Manager Kevin Smith, devised a system in which active military personnel can be married for free. They are required to pay for the marriage license, but after that, officiating fees are waived. Farrell expresses her gratitude for the role that Smith has played in making the service available.

“We just thought it would be a nice recognition for folks who are serving,” Smith said. “It was Sherry’s idea that she came to me seeking approval for and I thought it was a wonderful gesture. I was more than happy to allow her to do that.”

Last fall, Farrell became the only justice of the peace in Town Hall. There are more than 80 justices of the peace in New Hampshire and a quarter of them reside in Rockingham County, but the next closest Town Hall that performs marriages is in Manchester. She had the idea because she wanted to offer something new to the town.

“If someone wants to get married in their hometown, we’re honored to do it here,” Smith said.

Though it has not been long, word is starting to spread and Farrell’s calendar is filling with more weddings. Weddings can start and finish on the same day, or they can be more of a logistical step before having a ceremony elsewhere.

“It’s been popular lately for people to go on destination weddings to places like Mexico or the Cayman Islands,” Farrell said. “It can be difficult to be formally married over there so they have the reception there and get married here.”

With each ceremony, she is reminded of how special a day she is included in. The pledging of love never fails to make her emotional. Farrell channels her love of people and ever present respect for her town in order to provide her community with a warm and happy place to start the rest of their lives.