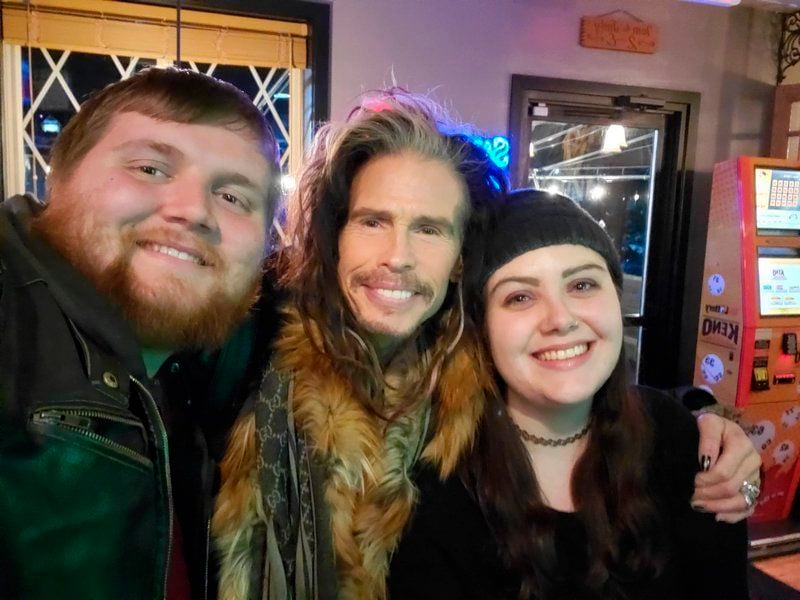 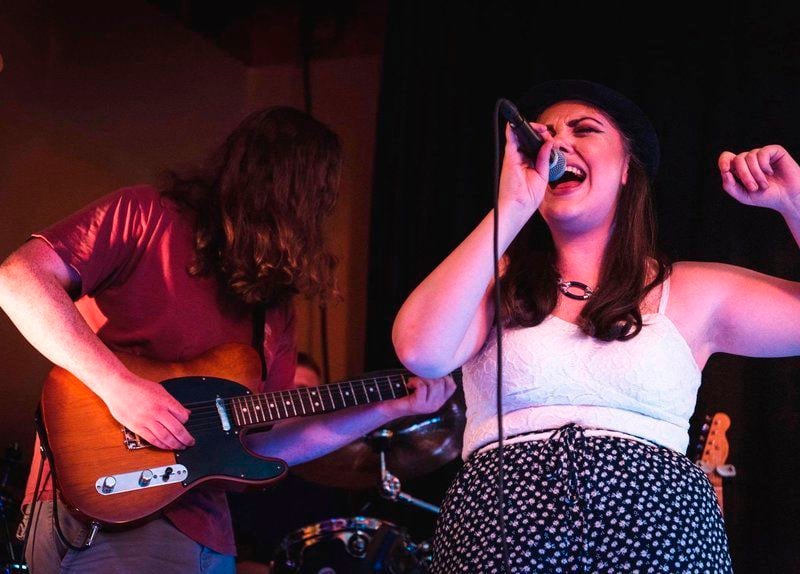 LONDONDERRY — It was a typical bar gig for a singer with Londonderry roots — until it wasn’t.

Amanda McCarthy was singing an Ed Sheeran tune she thought would wrap up the night when she saw a man in the audience paying particularly close attention to her.

“It took me a few seconds to really register that Steven Tyler was the man watching and listening to me sing,” the 26-year-old performer said of her March 1 gig.

Yes, Steven Tyler, as in the famed Aerosmith frontman.

After he took a seat, McCarthy — a longtime, enthusiastic Tyler fan — said she didn’t want to disturb his dinner or walk over to meet him. She did, however, send a note to him through the bar’s manager, thanking Tyler for being an inspiration for her own music career.

And then she did something bold: She began a cover of “Angel,” an Aerosmith song from the 1987 record “Permanent Vacation.”

She was nervous, she said, and unsure how he would respond.

“He came over to me and approached me on his own terms. He gave me three or four hugs and cheek kisses,” she said. “I’ve been a huge fan since I was 6 years old. I’m surprised I survived.”

McCarthy has long been aware that Tyler hails from the Lake Sunapee area. She’s even talked to her partner about it, she said.

“So my boyfriend and I were joking about him magically showing up and me playing one of his songs for him,” she said. “But of course, we didn’t actually expect that to happen.”

This wasn’t the first time McCarthy has been in close proximity to Tyler while performing. In 2016, she was part of the festival lineup at LaconiaFest, where Aerosmith and Tyler also played.

“I doubt he even saw my set that day,” she said.

McCarthy said Tyler was just as genuine as she hoped. Before leaving the pub, he took a copy of one of her albums.

A member of Londonderry High’s Class of 2011, McCarthy said her education at local schools helped set her on a path to becoming a musician.

“Londonderry schools were amazing, giving me chances to get up on stage,” she said.

McCarthy has been honored for her songwriting talents, including a top honor last year at the New England Music Awards.

Her songwriting is drawn from her own personal experiences and often she enjoys using plays on words for her lyric choices, something she said “brings out a whole new songwriter in me.”

She writes all genres of music — country, rock, blues and even hip hop. She also has collaborated with other Londonderry High graduates.

Her brother and 2013 graduate Mark McCarthy has been an integral part of her band for several years, with his guitar work appearing in most songs on her recent album “Road Trip.” And Nick DeFrancesco, a fellow 2011 graduate and accomplished violin player and vocalist, appears on two tracks.

McCarthy will release a new single, “Steven,” on March 6 — though it isn’t about Tyler.

“The timing of my chance meeting with him and my single release is purely coincidental,” she said.

McCarthy has also been nominated for two honors in this year’s Limelight Magazine Music Awards out of Providence, Rhode Island. She’s up for Album of the Year for “Road Trip” and for Song of the Year for “Tiki Bar.”

Having the chance to meet Tyler is an added honor.

“He’s a class act,” McCarthy said. “He didn’t have to take the time to speak with me, but he did and I’m grateful. I will 100% remember this for the rest of my life.”