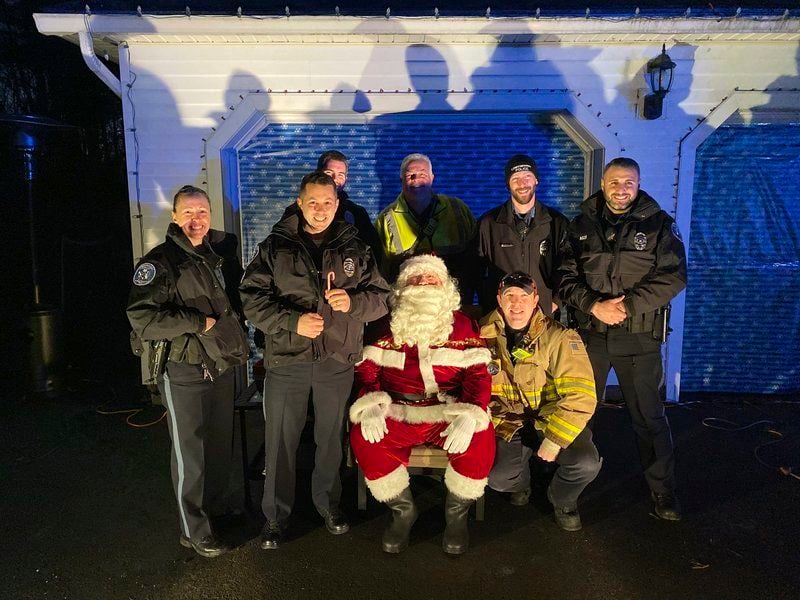 COURTESY PHOTO/Brendan SevinLondonderry police and fire officials helped escort Santa Claus to the "Christmas in the Kings" holiday light/music display on King Edward Drive recently during an official "Meet and Greet" event for the community. 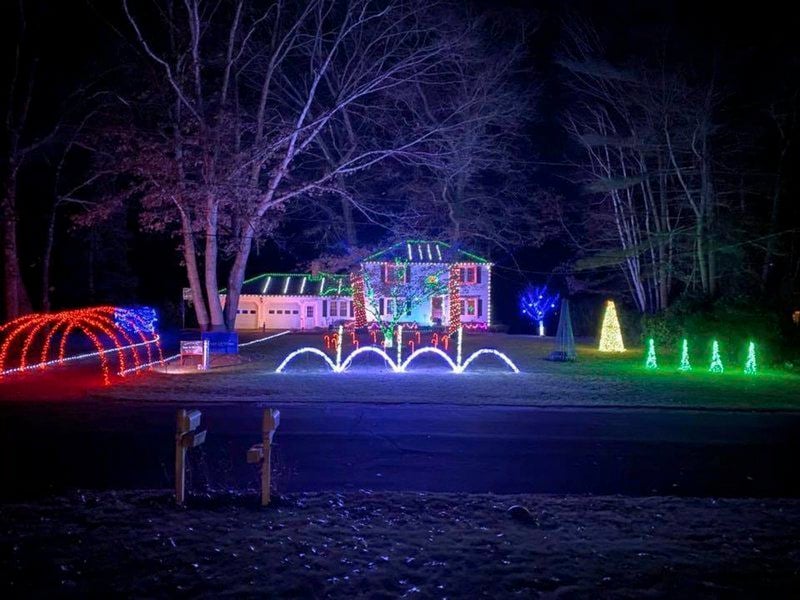 COURTESY PHOTO/Brendan Sevin"Christmas in the Kings" is lighting up one Londonderry neighborhood this holiday season. The light show is synchronized to music as cars drive by.

COURTESY PHOTO/Brendan SevinLondonderry police and fire officials helped escort Santa Claus to the "Christmas in the Kings" holiday light/music display on King Edward Drive recently during an official "Meet and Greet" event for the community.

COURTESY PHOTO/Brendan Sevin"Christmas in the Kings" is lighting up one Londonderry neighborhood this holiday season. The light show is synchronized to music as cars drive by.

LONDONDERRY — Brendan Sevin always loved the lights of the holidays as a young boy growing up in Louisiana.

Now he's made his own New England home a seasonal spectacle of color and shimmer.

Sevin is the organizer behind the fourth annual "Christmas in the Kings" Christmas light show currently on display at his home at 3 King Edward Drive.

A Santa "Meet and Greet" event was held at his home this past Sunday to help kick off the display with Londonderry fire and police crews helping escort Santa to Sevin's home to see the light display, also synchronized to music.

To add more to the holiday spirit, Sevin's "Christmas in the Kings" raises money to support the Make-a-Wish Foundation.

In the past three years, about $5,000 has been raised through donations to support wishes for ill children.

For Sevin, it's been a holiday labor of love.

"Growing up in Louisiana, they do Christmas a little bit different," the 42-year-old Sevin said.

The weather was warmer and people would "go all out" at the holidays with their light displays attached to homes, front doors and taking shape on front lawns.

"We did that growing up," Sevin said, "and down south you can easily decorate and not be cold, and not be buried in the snow."

When he eventually moved north at the age of 13, he knew he eventually wanted to continue those traditions when he had his own home.

That started with a small display, but over time Sevin added more and more to his light show at the King Edward Drive home he has lived in with his family for 11 years.

Four years ago the mission took off in a big way with music being added to play at various timed spots as lights flickered on trees, on the lawn and on the house.

The total show, including music, is about 45 minutes long, Sevin said. That includes 12 songs ranging from the classic "Charlie Brown Christmas" soundtrack tunes to more contemporary numbers sung by Mariah Carey and Pentatonix.

Visitors wanting to view the show can drive by, tune the radio to 88.1 and stay as long as they like while the lights are on, Sevin said.

It's a big project and a timely venture.

Sevin said he gets a lot of help from family and friends to set up the massive amount of lights, and displays. His spiral-wrapped tree has about 3,200 lights alone.

And with technology the way it is these days, Sevin said he can manage the lights with specific software and controls to tell the lights exactly what to do and when.

Sevin's neighborhood includes several streets named for kings, and that's where he got the name "Christmas in the Kings."

Sevin said visitors driving by to see the lights will drive slowly to view all the decor and hear the music.

And for anyone wanting to know how extravagant Sevin's extra electric bill might be supporting all the lights, he says it's only about $15 or $20 more, thanks to more energy efficient and safer LED bulbs.

Sevin hopes to continue his display possibly through New Year's Eve, weather permitting. Then it's time to think about 2021.

"Christmas in the Kings" can also be found on Facebook.