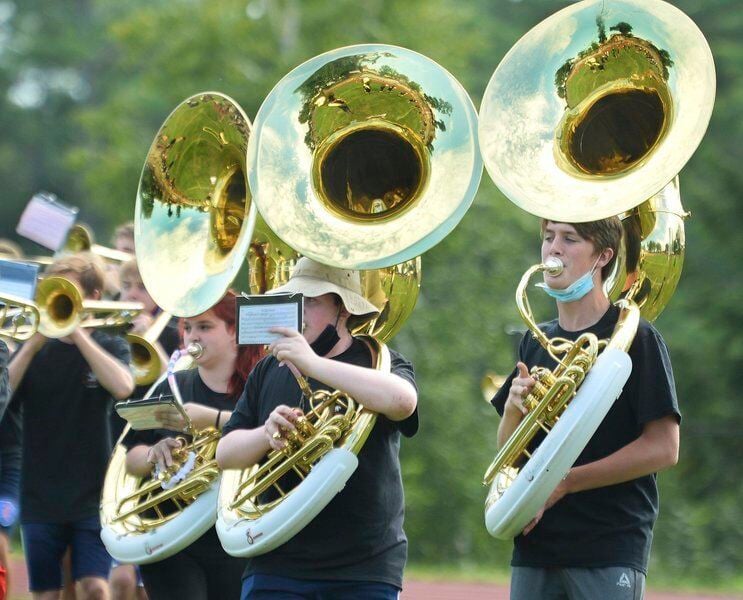 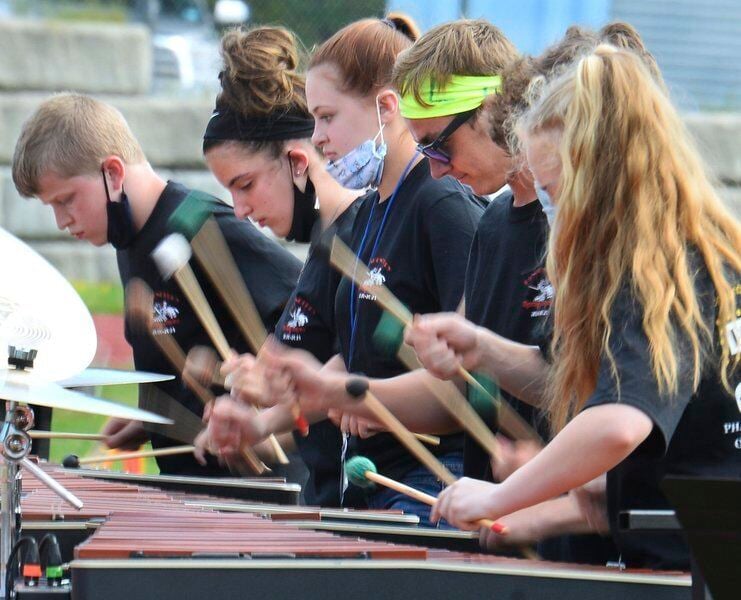 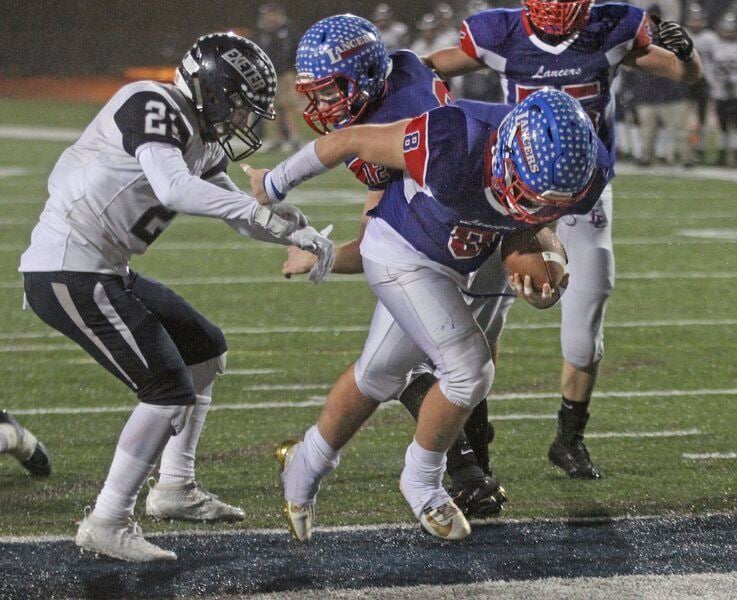 MIKE SPRINGER/File photoLondonderry High School running back Tyler Kayo carries the ball into the end zone to score the Lancers’ third touchdown during the Division 1 state football championships last year against Exeter. Londonderry went on to win the division championship. School board members approved the fall athletic schedule along with other co-curricular activities.

MIKE SPRINGER/File photoLondonderry High School running back Tyler Kayo carries the ball into the end zone to score the Lancers’ third touchdown during the Division 1 state football championships last year against Exeter. Londonderry went on to win the division championship. School board members approved the fall athletic schedule along with other co-curricular activities.

LONDONDERRY — The fall season for high school sports may look a bit different than usual due to the ongoing pandemic, but student athletes and others participating in co-curricular activities in Londonderry got the go ahead and will take to the field safely.

School board members recently approved allowing fall sports and other activities to take place, all with a list of safety protocols in mind to keep students and spectators safe.

School Superintendent Scott Laliberte in a statement to the board said sports, spirit, and other co-curricular activities like band and the arts, are an integral part of the education programs in Londonderry.

“As we work toward a cautious return to in-person learning, it will be important for us to include in those plans an equally cautious approach to co-curricular activities,” Laliberte said.

For fall sports, including a list of teams like football, cross country, golf, field hockey, and volleyball, coaches and administrators put a list of safety guidelines in place that covers not only the student athletes, but also safe ways to travel between towns for games, and spectator safety.

“It’s part of school, part of the learning experience,” Laliberte said at a recent school board meeting, “and it’s part of a return to learn.”

That means student athletes are held to a certain level of academic success in order to participate.

If the district doesn’t offer these sports and activities, officials say students will find other resources and outlets to play independent of the district and that could add a level of added concern and less control over the safety for students.

Laliberte added in his statement that activities will include health screenings for participants, safety and health guidelines to follow, modified practices, rehearsals and meetings held in smaller groups, or cohorts, more local competition, reduced spectator numbers at events, and minimized travel.

The superintendent said the athletic department has also been working closely with the NHIAA on scheduling and guidelines. Londonderry is a Division I school and events are scheduled to begin later this month.

Londonderry’s Athletic Director Howard Sobolov said the district and its students are ready and being prepared to play safe this fall.

“And we’ll make sure our athletes adhere to the protocols,” he said. “Everybody is ready to take it to the next step. Really, it’s about the kids playing, that’s what we are all about.”

Sobolov added that the district can control the procedures and make sure protocols are being followed.

Music director Serge Beaulieu also spoke out saying students participating in the band are also ready to take to the field and be part of the fall tradition. The annual band camp recently wrapped up.

“We want to be part of the games as much as we can,” he said, adding the band would not travel to any away games.

Prior to the board vote, a long line of student athletes took to the microphone to speak about their experiences playing sports and taking part in other activities.

Many said being on a team was like having another family.

A community petition with about 700 signatures also was presented to the board in favor of fall activities and sports.

School board member Jenn Ganem voted to allow athletics and other co-curricular activities to happen this fall.

‘I feel strongly that co-curricular activities need to occur,” she said.

Board member Steve Young agreed and said the district needs to move forward.

“I think these are times when we’ve got to try some things,” Young said. “We need to get back to normal as much as possible.”