Courtesy. Gigi shows off one of her favorite T-shirts. 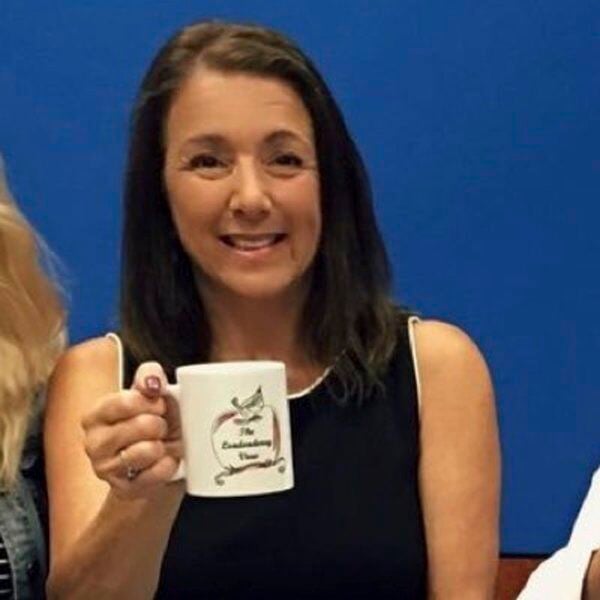 Courtesy. Gigi shows off one of her favorite T-shirts.

First, I hope all the great Dads out there had a nice day and that they were remembered.

It can still be hard — with families being apart and the world of COVID — to be with those you love. Dads need to know that we appreciate them. It doesn’t have to be much, just a call or touch.

Each and every Father's and Mother's Day, my daughter Mackensie and I stop to remember those people that lost a mom or dad much too young.

All of these special days, or Hallmark holidays as some call them, are nice for some people but not for everyone — and we need to remember that, too. We need to reach out to them for no other reason than to remind them that we remember their loss and that we care. I’ve always stressed to our family that when we are getting good news or having something good happen, other families are having a tough time.

I remember years ago, I was in one of my maternity checkups and had just heard that everything was going great. I was on cloud nine.

When the doctor left my exam room, I could hear as she went to the exam room next door. Very thin walls. She knocked with what even I could tell was hesitation. She went in and even though I only heard a muffled version of what she said, I could clearly hear the sobbing tears that followed.

I sat there wishing I could go in to comfort that mom. That was a life lesson for me that I will never forget. That’s also why we all need to be so careful about how we say things and knowing our audience. We just never know what each other has been through. We never know how someone is processing the story you are sharing. It’s all in how we say it.

Back to this Father's Day weekend. Here’s what happened.

Saturday night the girls had the fun idea to meet for a Father's Day ice cream at the Golden Rod in Manchester — delicious homemade ice cream. My daughter Meredith’s favorite is the graham cracker, which might not sound good, but oh my — and it’s not something you can get other places. Unique to the Golden Rod.

We brought our ice cream over to Lake Massabesic, sat on the picnic table and back of the truck and just took in the endless free beauty of our great state. Of course, we had Gigi and Ellie with us, too. A little freedom for them.

The next thing we knew, John mentioned that Gigi had gotten sick, kind of out of the blue. One minute fine, the next something was off. John thought that maybe because we had started changing her food we had thrown everything off, but that was over a week ago now.

We headed home after a nice night and went to bed early. Right or wrong, Gigi sleeps between us. Just a couple hours later, little Gi woke up and got sick again in our bathroom. Something was definitely up. She just wasn’t herself. Eventually, we went back to bed.

When the girls were little and something really big was going on, they went to their rock, their dad.

Gi, who usually snuggles into me, melted right into John’s side. For all intents and purposes, he is her dad. Gi curled into a little ball and John wrapped his big arm completely around her tiny frame that almost made a perfect circle and they fell back to sleep.

I believe it was a mother’s instinct but 15 minutes later I woke up, checked Gi and realized she was not moving. I nudged her, nudged her harder, said her name and nothing.

I couldn’t feel any movement at all no matter what I did in those next few seconds.

Poor John, thank goodness, I didn’t scare him to death. I jumped up and started screaming, and I mean screaming Gigi’s name. I couldn’t see her, I couldn’t see anything really, the room was so darn dark. John jumped into action and picked Gigi up.

The next problem was the light in the room. We have Alexa and the louder I keep saying, “Light on” the more she ignored me! I could hardly speak!

After three panicked yells, John did his best to say it calmly and the light went on.

Finally, Gigi went from her limp state with me screaming Gigi, because I really thought we had lost her, to not being very energetic but she took a breath.

We are still not sure what happened, but we are grateful that our Gigi is OK.

After that, John spent the eve of his Father’s Day with me sleeping in a recliner holding Gi and him on the couch. After many jaunts outside through the night by 4:30 a.m., Gi seemed a little better.

I thought about this later in the day and realized that just like our girls, puppies and people see John as strength and help. When he was younger, his New Yorker-style got in the way of people here seeing his true heart. When things really get tough or scary John's always there to take the lead, especially when it’s not easy.

Years ago, we were in a large group talking about a popular book at the time called "Left Behind." The book had discussion questions at the end. One was “In an emergency who would you want by your side?” For me it was easy, my husband John. I never expected each person in the room to say and point to John.

If you need him he’s there, in the good times, the bad and everything in between.

Sherry Farrell is Londonderry Town Clerk and a longtime resident of New Hampshire.