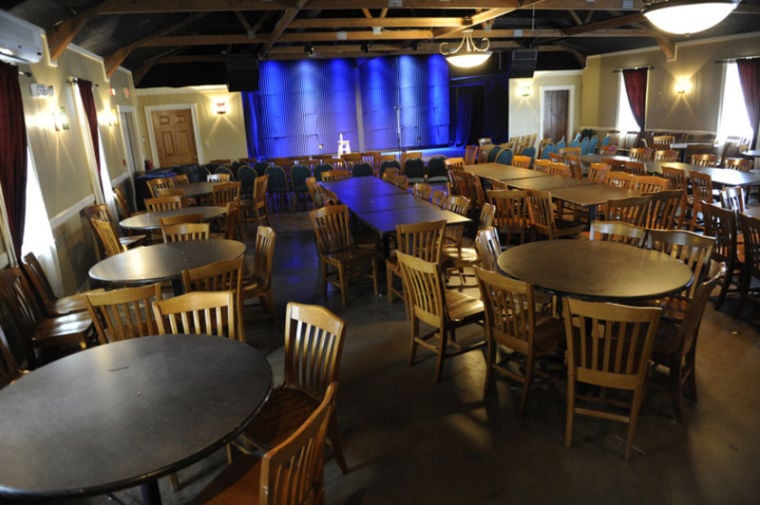 The Tupelo Music Hall in Londonderry will undergo some renovations and upgrades at its space on Young Road. Owner Scott Hayward plans to improve the experience for those coming to hear concerts. 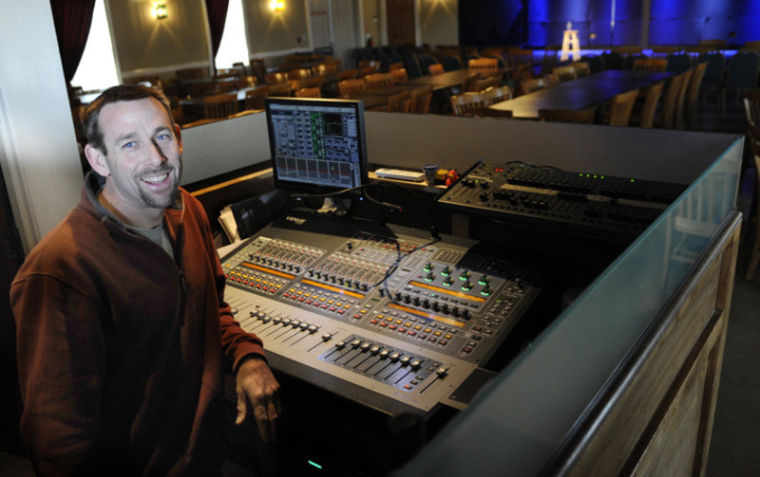 Scott Hayward, owner of the Tupelo Music Hall in Londonderry, stands behind the mixing board in the back of the music hall on Young Road.

The Tupelo Music Hall in Londonderry will undergo some renovations and upgrades at its space on Young Road. Owner Scott Hayward plans to improve the experience for those coming to hear concerts.

Scott Hayward, owner of the Tupelo Music Hall in Londonderry, stands behind the mixing board in the back of the music hall on Young Road.

LONDONDERRY — Tupelo Music Hall is being renovated to make the Young Road space more inviting and accessible to those coming to hear names like Ellis Paul, the Smithereens, Lisa Loeb and Howard Jones perform on stage — a stage only a few feet from the audience.

That’s what owner Scott Hayward said is Tupelo’s main draw —giving the audience a chance to see a good show at a reasonable price in a personal, friendly setting.

It’s also a reason the music venue made the list of “603 Reasons” that makes New Hampshire special.

Hayward opened the Tupelo in 2004. Now, he said, it’s time for some upgrades to give the audience the best experience possible.

Changes include moving the kitchen area out of the main concert hall into an adjacent building that Hayward also owns.

That space, formerly a home to gift shops and other tenants, will give the Tupelo extra room for people to gather, purchase tickets and enjoy time with friends before heading into the main music hall for concerts.

“They can hang out in the house, wait for friends,” Hayward said. “It will be a good place to meet.”

People will enter that main building on concert nights instead of using the former music hall door. A new kitchen will feature updated menu offerings.

“Check-in will be earlier, allowing us to get people into the house before we open the doors to the actual venue,” Hayward said. “No more waiting in the cold.”

The expanded space also will be used for Tupelo meet-and-greets with performers after the show. The venue remains a BYOB space. People can still purchase beer and wine at the Drinkery wine cellar in the building’s lower level.

The Tupelo space will continue to offer rental space for parties, weddings, corporate gatherings and meetings.

The work should be completed by early December, Hayward said. Remodeling should not affect the Tupelo concert schedule.

The Tupelo offers about 230 shows a year, Hayward said. Many big names come to Londonderry to play, with performers saying they like the small club atmosphere, similar to when many were first starting out in the business.

Hayward is proud of his sound system that gives artists the best sound possible.

“It’s still all about the music, and we’re always getting better and better artists so we wanted to change the experience a little bit,” he said. “It’s time to change some things around.”