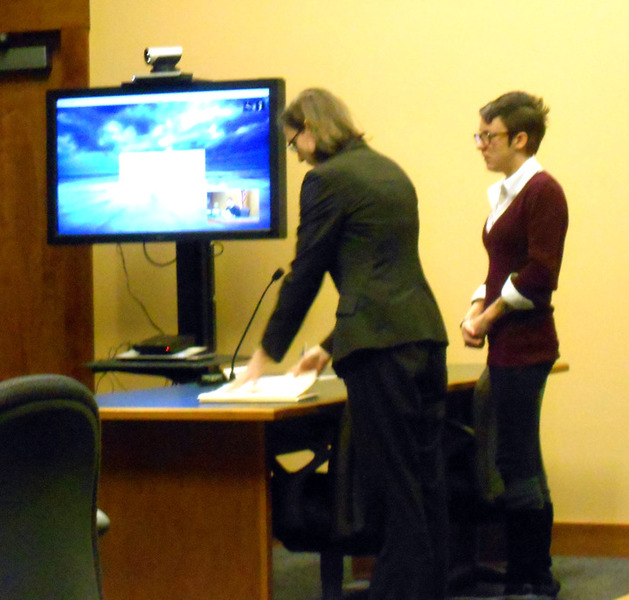 Nadja Svenson, 22, of Londonderry, right, appeared in a Derry courtroom last week on a charge of stabbing her father Christmas Eve in a dispute over stars. At left is her lawyer, public defender Tara Witt. 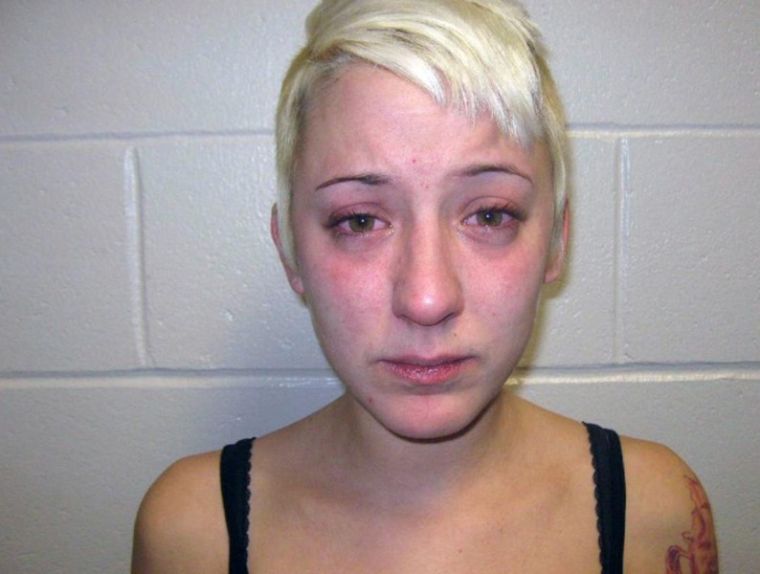 Nadja Svenson, 22, of Londonderry, right, appeared in a Derry courtroom last week on a charge of stabbing her father Christmas Eve in a dispute over stars. At left is her lawyer, public defender Tara Witt.

DERRY — A judge has lifted a no-contact order against a Londonderry woman charged with stabbing her father in a Christmas Eve dispute over the Big Dipper.

Outside the courtoom, she said the incident was “a horrible accident” and nothing more.

The 2009 Londonderry High School graduate and Manchester tavern employee had been ordered not to have any contact with her father, 49-year-old Robert Svenson, after admitting to police she plunged a kitchen knife into his chest, police said.

“She and her father went outside to look at the stars and had an argument over where the constellations were,” Londonderry police Detective Christopher Olson said.

One of those constellations was the Big Dipper, he said.

Three police officers and a sergeant responded to the family’s home shortly before 11:30 p.m. on Dec. 24 after receiving a call about a domestic dispute.

They discovered Robert Svenson lying on the first floor of the home, holding a homemade bandage to his stab wound, Olson said. He was taken to Parkland Medical Center for treatment.

Nadja Svenson and her mother, 54-year-old Rosa Svenson, were found upstairs and handcuffed, according to a police affidavit. The 22-year-old was then questioned, as was her mother, Olson said.

“She said he accidentally ran into the knife,” Olson said of the daughter.

Nadja Svenson was arrested and held at the county jail on $5,000 cash bail. Her eyes were red from crying as police snapped her mug shot. The bail was posted and she was released.

She faces a felony charge of second-degree assault, punishable by three and a half to seven years in state prison if convicted.

Although Nadja Svenson waived her right to a hearing before Judge Robert Stephen, her father asked to have contact with his daughter. She had not been allowed to speak to her father or be within 300 feet of him.

Stephen agreed to the request, but gave the young woman a stern warning.

“This is a serious charge,” the judge said. “Ms. Svenson, be very careful in the future.”

The case is being forwarded to the Rockingham County Attorney’s Office for review. Nadja Svenson now faces possible indictment by a grand jury. She was represented in court last week by public defender Tara Witt.

As the family left the courthouse, Robert Svenson disputed police accounts of the incident, saying they were distorted and blown out of proportion. He said he was not stabbed because of an argument over stars.

“It was a small accident,” he said, declining to comment further.

Olson confirmed the details reported to police based on their interviews with the family.