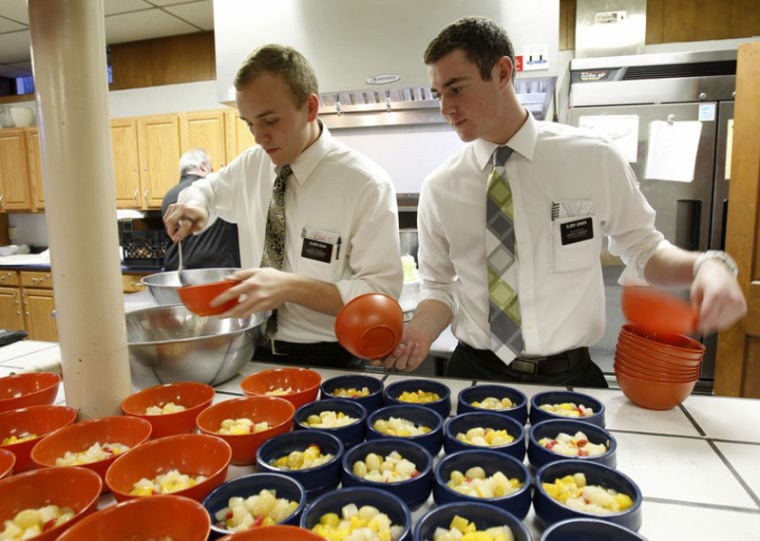 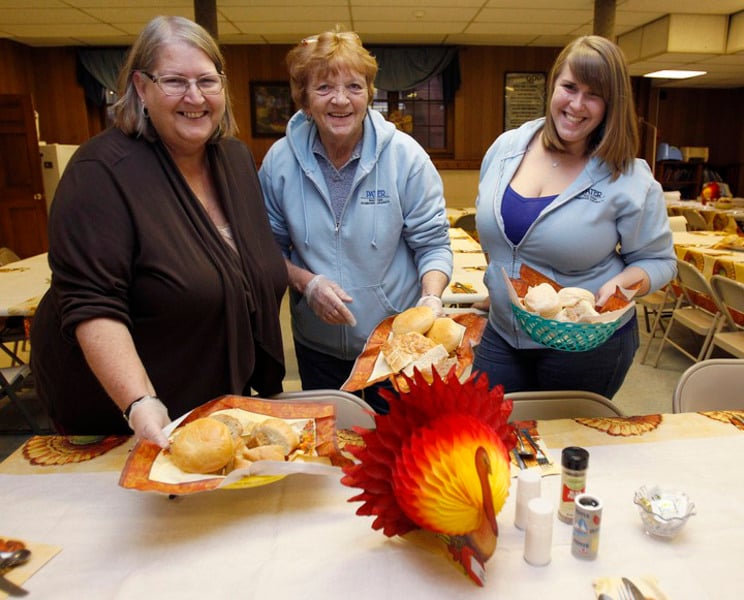 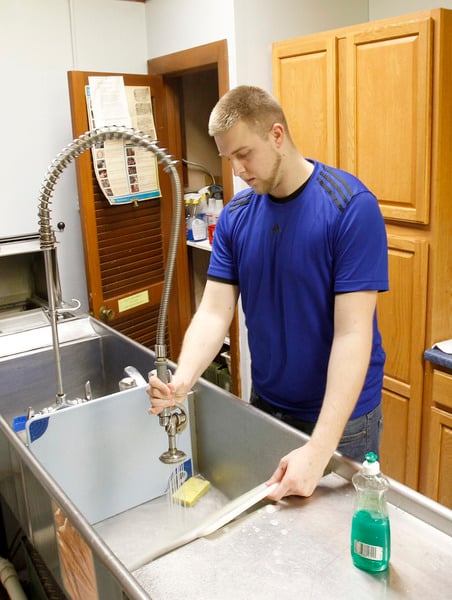 Sonshine Soup Kitchen volunteer Mark Adamson washes dishes after a meal was served last week. He is part of a large volunteer network that comes to Sonshine to help feed those in need. 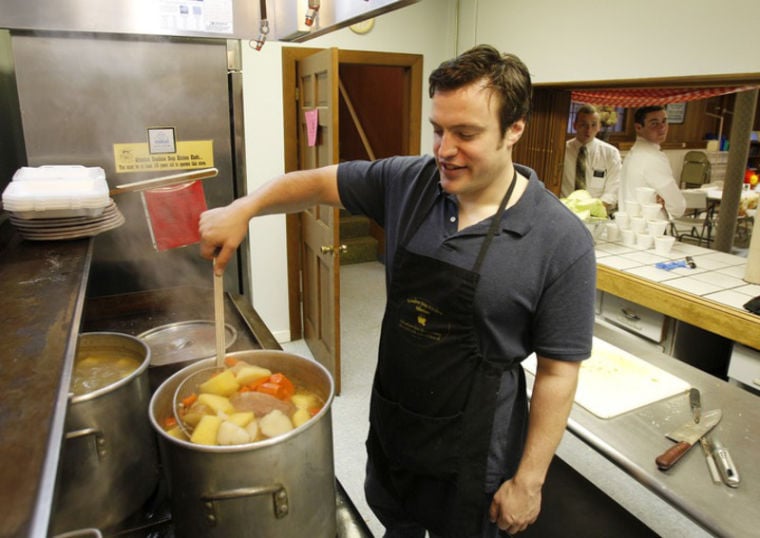 Brian Gallagher of Windham, a staff member at Sonshine Soup Kitchen in Derry, stirs a pot of New England boiled dinner before the afternoon meal is served.

Sonshine Soup Kitchen volunteer Mark Adamson washes dishes after a meal was served last week. He is part of a large volunteer network that comes to Sonshine to help feed those in need.

Brian Gallagher of Windham, a staff member at Sonshine Soup Kitchen in Derry, stirs a pot of New England boiled dinner before the afternoon meal is served.

DERRY — The mother-and-daughter team of Heather and Stephanie Colbert volunteer at Sonshine Soup Kitchen on a regular basis to help prepare and serve meals.

The women say it’s one way to make a simple difference in someone else’s life.

Volunteers like the Colberts are at Sonshine every day, spending a few hours to make free, nutritious meals for the hungry.

That’s also a reason why the local soup kitchen is one of “603 Reasons” that New Hampshire is special.

“I did some soup kitchen volunteering while I was in college,” Stephanie Colbert said. “I wanted to get involved in the community.”

Both mother and daughter work at the Pater real estate office in Derry. Heather Colbert said all her years helping with Girl Scouts kept her wish to volunteer going strong.

“I always believed you need to give back,” she said.

Feeding the flock is Sonshine’s daily mission and has been for 23 years, bringing out local volunteers representing churches, schools and businesses to take on kitchen duties, preparing meals and serving guests.

The space in the lower level at First Baptist Church is tight, prompting Sonshine to keep searching for a new permanent home, a place close to the center of Derry that would offer better space at a good price.

There are many limitations at the current location, including only one restroom, no handicapped accessibility, not enough parking, and limited space to store food and other donations.

The kitchen’s “Build to Feed” campaign reached its goal of raising $50,000 earlier this year to match a local grant for the purchase of a new building.

With the money in place, the search continues.

There have been locations that might suit the kitchen’s mission, but nothing concrete yet. For now, Sonshine works within its tiny space, often feeding upward of 50 people per day.

To date this year, Sonshine has served more than 7,000 guests and served about 10,000 meals. Volunteers have logged in more than 6,300 hours.

The kitchen does not get any state or federal aid to provide food, Dwyer said.

Volunteer numbers are strong, but sometimes the supplies dwindle.

“We are charged with taking care of those who need,” Dwyer said.

Although the official fundraising campaign ended, support is still appreciated. Sonshine often runs at a deficit, so cash is always needed.

It’s not just food that people need, Dwyer said. Sonshine also has a supply of clothing in all sizes available.

“We had 81 people come to us (recently) looking for clothing,” she said.

She said when donations are generous, Sonshine passes on excess to the nearby community food pantry. Local farmers are very generous, she said, donating fresh vegetables for meals.

Even though times are tough, she said, Sonshine will continue to feed and help clothe those struggling.

“Nobody is not going to be fed,” she said.

Sonshine Soup Kitchen is located at 4 Crystal Ave., in the lower level of First Baptist Church. To learn more about helping with donations or volunteering, call 437-2883. Meals are served Monday through Friday at 4:30 p.m.