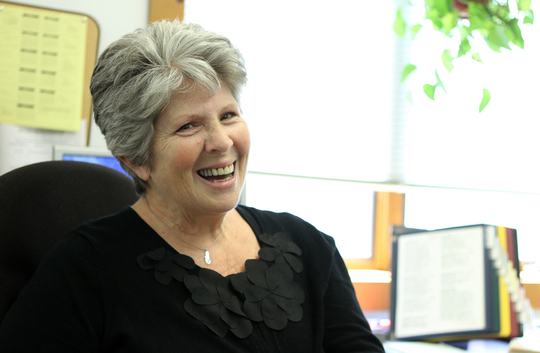 Connie MacInnis is retiring after 22 years serving as the assistant to Londonderry Superintendent Nathan Greenberg. 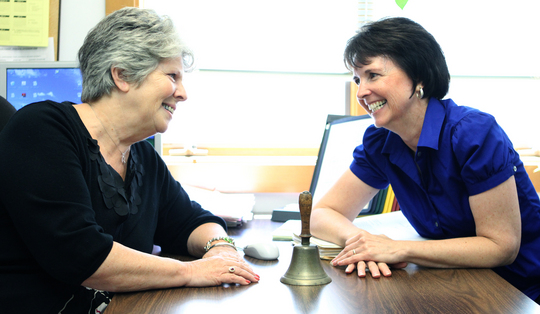 Connie MacInnis, left, is retiring after 22 years as Londonderry Superintendent Nathan Greenber's assistant. She is being replaced by Elaine Allen, right.

Connie MacInnis is retiring after 22 years serving as the assistant to Londonderry Superintendent Nathan Greenberg.

Connie MacInnis, left, is retiring after 22 years as Londonderry Superintendent Nathan Greenber's assistant. She is being replaced by Elaine Allen, right.

LONDONDERRY — After 22 years, Connie MacInnis is retiring today from her position as assistant to Londonderry's superintendent.

"I've laughed a lot," MacInnis said. "I will really miss everyone."

Being around Superintendent Nate Greenberg day in and day out, MacInnis will sometimes say phrases like "you betcha'" or "peachy keen," just like her boss.

But Greenberg's love for the New York Yankees hasn't rubbed off on her. She remains a loyal member of Red Sox Nation.

MacInnis and her husband Peter moved to Londonderry from Framingham, Mass., in 1971, after the birth of their first son.

"Things have changed so much since then," she said.

When they moved to town, there wasn't even a traffic light at the now busy intersection of Mammoth Road and Route 102.

As her three sons grew older, MacInnis took the job at the school district office in 1988, first working with Superintendent A.J. Ouellette, then Richard Bates. She has spent her last 11 years working with Greenberg.

MacInnis, 65, said she lost four dear friends this past year and that got her thinking about retirement.

"There's so much I'd like to do, especially spend time with friends and family," she said.

She said she's learned a lot working in the district office, especially from her boss.

"At least once a month, I have to look up a word," she said.

She kidded about Greenberg's sometimes cryptic handwriting, something her successor Elaine Allen soon will have to decipher.

Allen begins her new post on July 1. She has been a teaching assistant at North Londonderry Elementary School for the past nine years.

"I think transcribing a letter from (Nate) was the part of the interview that made me the most nervous," Allen said. "Otherwise, everyone has been so welcoming."

Last week, the staff at the administrative offices gave MacInnis a going-away party with a beach theme.

Matthew Thornton Elementary School art teacher Pauline Pichette created a mural for the send-off and MacInnis received, among other gifts, a necklace with a silver pendant in the shape of a flip-flop.

MacInnis said she is looking forward to getting up when she wants in the morning and enjoying her coffee in the garden.