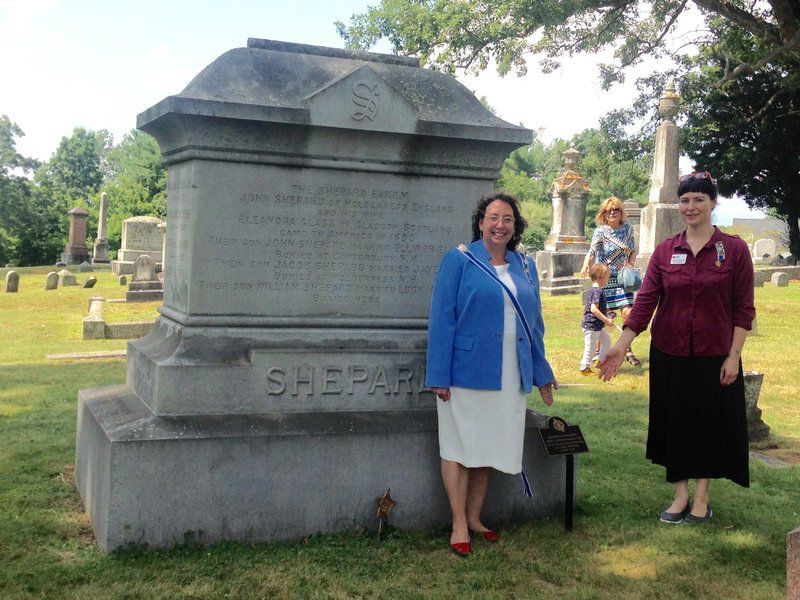 JULIE HUSS/Staff photoMembers of the Molly Reid Chapter, D.A.R. show off a new plaque honoring the 125th anniversary of the group and its founder Annie Bartlett Shepard. A ceremony was held Aug. 3 at Forest Hill Cemetery in East Derry. 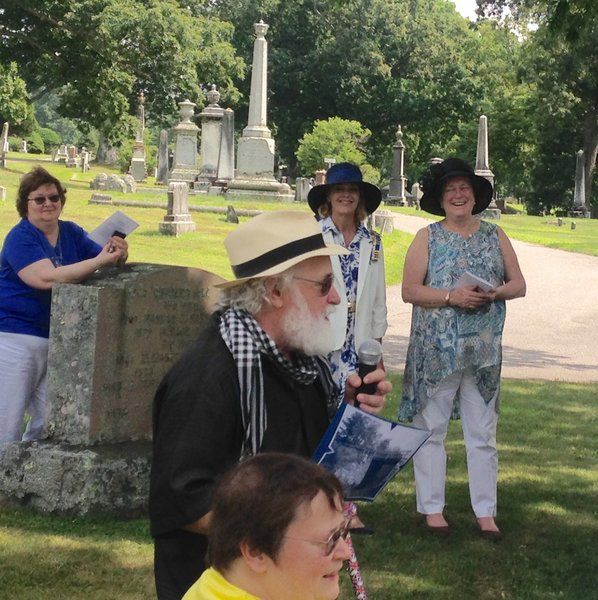 JULIE HUSS/Staff photoMembers of the Molly Reid Chapter, D.A.R. show off a new plaque honoring the 125th anniversary of the group and its founder Annie Bartlett Shepard. A ceremony was held Aug. 3 at Forest Hill Cemetery in East Derry.

DERRY — The founder of the local chapter of the Daughters of the American Revolution was honored this past Saturday with a special anniversary visit to an historic cemetery.

Shepard is the grandmother of the first American in space and East Derry native, Alan B. Shepard Jr.

Shepard joined the National Society Daughters of the American Revolution in 1894 and was then charged with forming a chapter in Derry.

Derry's chapter started with 24 members and was the second chapter in New Hampshire.

Shepard served the organization, among others, at the state level. She was also an avid supporter of her own local community here in Derry, including being active in First Parish Church, singing in the choir for many years and serving as choir director.

She was a local teacher and served as librarian at Taylor Library for many years. She supported efforts including the East Derry Village Improvement Society, Derry Women's Club, and was listed in the "Woman's Who's Who of America: A Biographical Dictionary of Contemporary Women of the United States and Canada, 1914."

A tribute to Shepard on the online Find a Grave site said she was "the most gracious and she was always interested in the life of the town."

Current chapter members gathered at Shepard's grave and unveiled a new marker to honor the group's 125th anniversary this year.

Historian Richard Holmes said the Shepard family not only influenced the local community, but had far-reaching influence.

"It's also what she did for this town and state," Holmes said at the ceremony. "I'm sure there are so many of Annie's good works nobody knows about. She was a true lady in every sense of the word and a good lady."

Today, Derry's Molly Reid chapter has 35 members and remains active in the community.