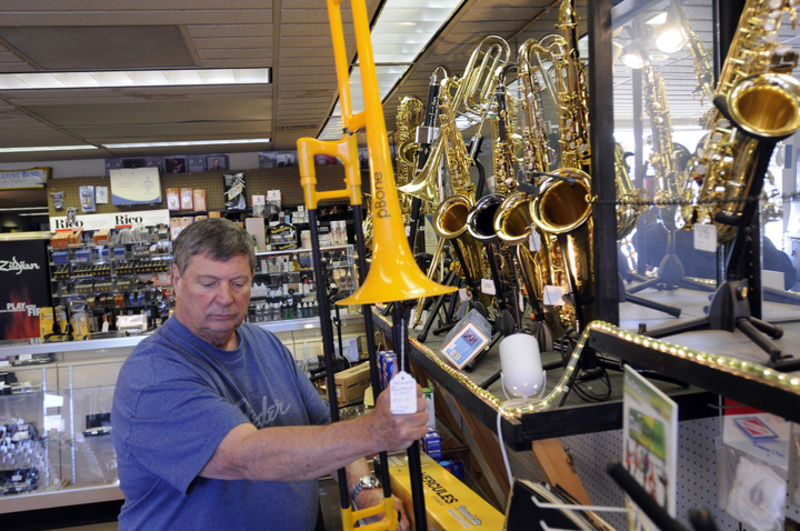 Ron Darois and his wife Sherry have owned and operated Darin's Music in downtown Derry since 1966. 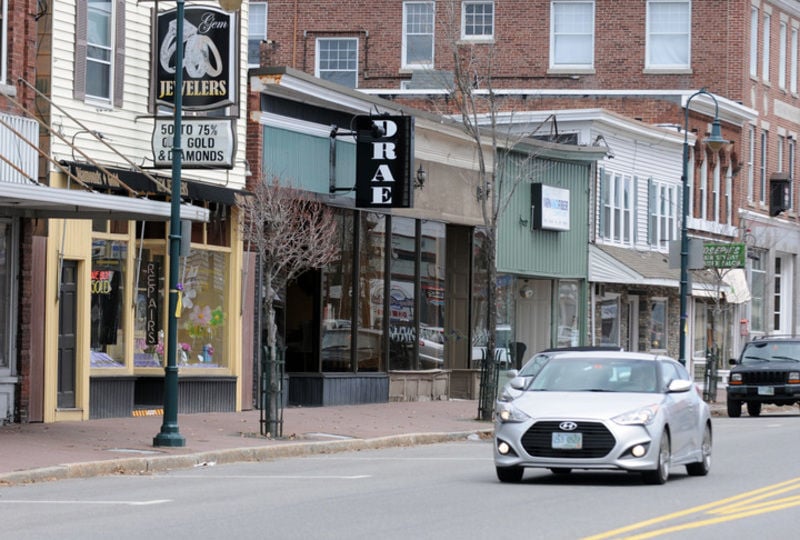 Drae, a new upscale restaurant, is one of the new businesses in downtown Derry. 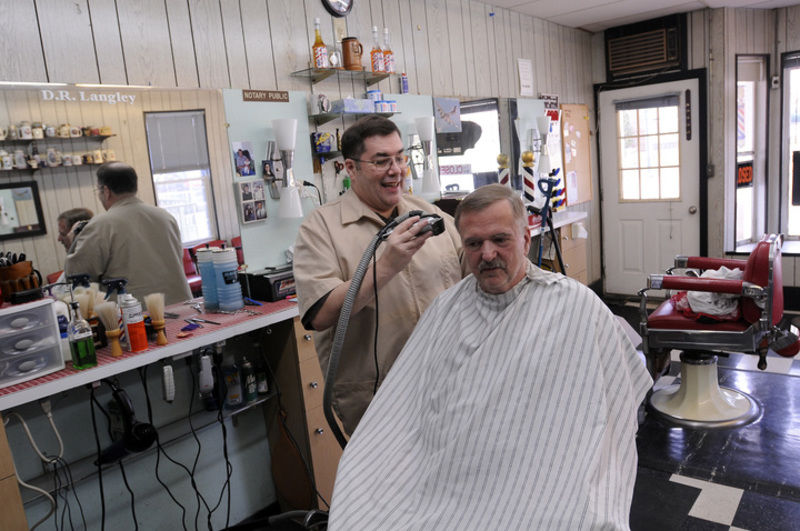 Ronald Raymond, formerly of Derry, has his hair cut by Dana Langley, master barber and owner of The Derry Barber Shop in downtown Derry. 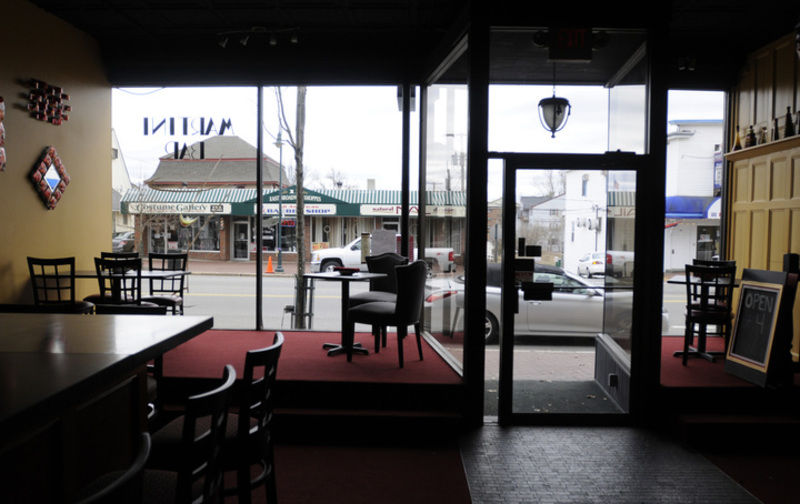 PAUL BILODEAU/Staff photoDrae, a new upscale dining alternative in downtown Derry, is one of the new businesses to open in recent months.

Ron Darois and his wife Sherry have owned and operated Darin's Music in downtown Derry since 1966.

Drae, a new upscale restaurant, is one of the new businesses in downtown Derry.

Ronald Raymond, formerly of Derry, has his hair cut by Dana Langley, master barber and owner of The Derry Barber Shop in downtown Derry.

PAUL BILODEAU/Staff photoDrae, a new upscale dining alternative in downtown Derry, is one of the new businesses to open in recent months.

DERRY — The lights on Broadway are shining for several new businesses and those who have called the downtown home for decades.

From parking issues to dilapidated storefronts, it's often difficult to create the downtown atmosphere many want to see in Derry.

With a downtown committee starting again and a renewed interest in landlord and blight enforcement issues, business owners weighed in on how they feel about Broadway and its future.

"The town seems to go in phases," said Dana Langley, owner of the Derry Barber Shop on West Broadway.

Langley has worked in town for decades and said he constantly strives to maintain a small town feel to his barbershop, servicing generations of families.

"I keep it simple, I have a good, regular clientele," he said. "I've been cutting their hair for years."

Established business owners like Langley hope for success not only for themselves, but also for the new faces taking over the empty storefronts.

There are still many vacant locations, but people are stopping by the town offices with ideas to fill some of them.

Planning Director George Sioras said there has been a recent surge in new business prospects downtown.

"We went from nothing to four businesses coming in within four to six weeks," he said. "It's often unexpected."

Drae, a new tapas restaurant, is now open for business, an example of someone with a good idea who wanted to open on Broadway.

"Drae came out of nowhere," Sioras said. "It's like pleasant surprises."

Drae owners Wendy and Derek Moody said they wanted to bring their love of food to their hometown.

"We were both foodies and both in the restaurant business," Derek Moody said. "It's always been the dream."

"We looked at some of the renaissance happening in other communities and we wanted to beef up our downtown," he said.

Drae fills a void on Broadway, Moody said, offering something new and unique to complement other established food spots like Cask and Vine and Sabatino's.

"There is new blood, new thoughts," he said. "It's time for the town to do their part."

Sioras received another unexpected visit from the owners of the newly opened Grind Rail Trail Cafe in the Granary Building on Manning Street.

Carmel Shea and Melanie Davis paid the planning director a visit one day, looking for direction on how to start their dream coffee business.

Shea said her business is doing well and has had a lot of support. She and Davis also collaborate with Drae, offering the Grind homemade soups to sell as part of a business collaboration. The Grind also enlists Pinkerton Academy culinary students to provide baked goods on a weekly basis.

Shea and Davis had a vision to bring their shop to a downtown location that would service those who frequent the nearby rail trail. She said business has been good and town staff from the municipal center next door are regular customers.

Bud Evans of Derry Feed and Supply on Martin Street has seen a lot of changes since the store opened for business back in 1946. He is happy to see new businesses opening, but also said there still are things the downtown needs.

Evans said taxes are high and rents are high. He would like to see more of a police presence on Broadway.

"And I would like to see more people downtown," he said.

That is often a key sticking point.

Tom Hankins owns Backmann Florist on West Broadway and spearheaded a merchants group several years ago to talk about downtown issues. He said money is a key issue when it comes to revitalization talk. He supports putting someone in place to do specialized economic development to help bring those people to downtown Derry.

Derry's downtown is special to those now calling it home. Hankins hopes the town will do what's necessary to keep it vital.

"It's a good thing, it still has a wonderful, unique, historical charm," he said. "I'm hoping we can move forward."

Langley agreed and said sometimes days are long and tough, but he supports the downtown and wants it to succeed.

"It can be difficult at times," Langley said. "The economy is still hurting us all. But, in general, Derry is a good place."