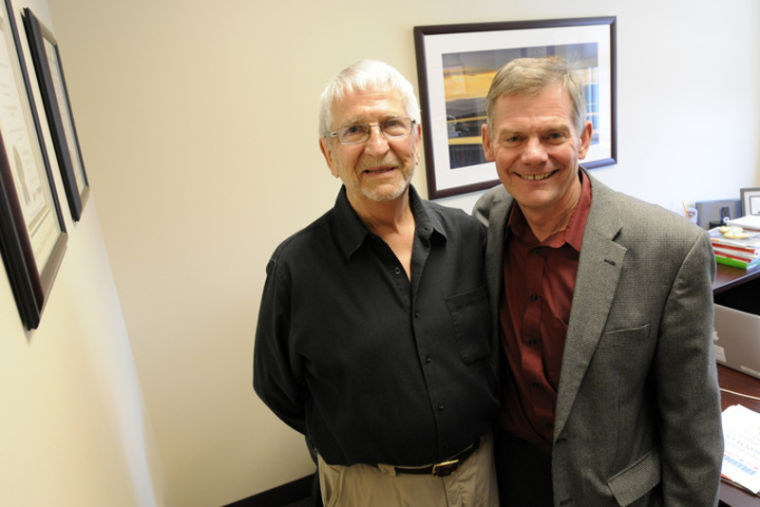 Dr. Eric Anderson, 82, left, founded Derry Medical Center 50 years ago. With Anderson is Dr. Ted Brooks, a longtime physician, who joined the practice in 1982. The medical practice is celebrating its 50th year. 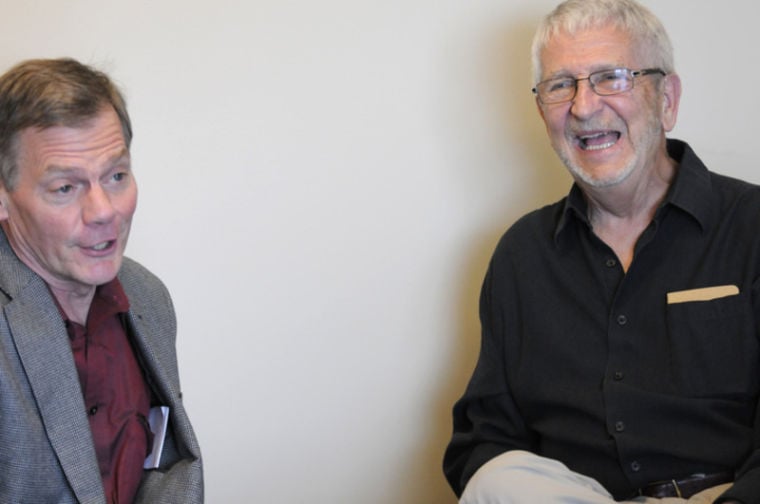 Dr. Eric Anderson, 82, left, founded Derry Medical Center 50 years ago. With Anderson is Dr. Ted Brooks, a longtime physician, who joined the practice in 1982. The medical practice is celebrating its 50th year.

DERRY — As the Beatles were taking the country by storm in 1964, Derry’s medical world enjoyed its own British Invasion.

That was the year British Dr. Eric Anderson found a perfect location at the corner of Oak Street and Broadway, and opened a small family practice to serve his new community.

Fifty years later, Derry Medical Center is going strong with 30 providers and more than 40,000 patients on the books. It is one of the oldest, physician-owned, independent practices in the state.

Those first years finding a home in Derry were much different than today, the doctor said. Alexander-Eastman Hospital was nearby and that was a major reason Anderson decided on Derry.

Anderson said there were only four states that accepted doctors trained in Great Britain at that time and New Hampshire was one of them. He said it was often difficult to find American physicians to take on small town practices as there were not as many hospital facilities scattered around the landscape. Derry was different and had a growing hospital.

“There was a lack of facilities,” Anderson said. “No one wanted to be a doctor in a small town in those days. They just wouldn’t come.”

Anderson had been practicing in Texas, but wanted to look around before he was scheduled to return to Great Britain.

“We had gotten a list of 24 towns in New Hampshire with hospitals,” he said.

That led the doctor to Derry and he liked what he found.

His early practice grew and eventually added more British doctors, including Dr. Jeffrey Neilson. The office found a new home on Birch Street and was commonly referred to in the local press as “The British Embassy.”

Dr. Ted Brooks came on board at Derry Medical in 1982 and currently serves as president of the practice’s board of directors. By then, Derry Medical had three doctors, eight nurses and staff, and approximately 6,000 patients.

“I was told there were two old British guys who would be leaving soon,” Brooks joked with Anderson during an interview. “I took the job.”

Alexander-Eastman had begun to morph into Parkland Medical Center around that time and the medical practice continued to grow.

“When I came here, Parkland was under construction,” Brooks said, “and I was taken by the practice. I was coming to a practice that had a lot of potential and a new hospital.”

The practice continued to grow.

By 2000, a Londonderry office had opened and a few years later Derry Imaging, an independent diagnostic imaging center, opened.

Fifty years later, Derry Medical Center’s humble beginnings on a corner of Broadway and Oak has grown to include five medical buildings in Derry, Londonderry and Windham, wellness centers, countless programs and facilities, and 30 providers to treat more than 40,000 patients.

Since 2006, $26,000 has been given in scholarship money to local high school seniors who hope to pursue a medical field of study. Derry Medical Center also invests in local Little League, high school sports and music programs, Scouts, libraries and other nonprofit groups.

Anderson said he surrounded himself with good people and is proud he helped create a successful practice to serve the community.

He now lives in San Diego.

“It’s a mixture of memories, mostly pride and awe,” he said. “It’s about what came after and what has happened subsequently through it.”