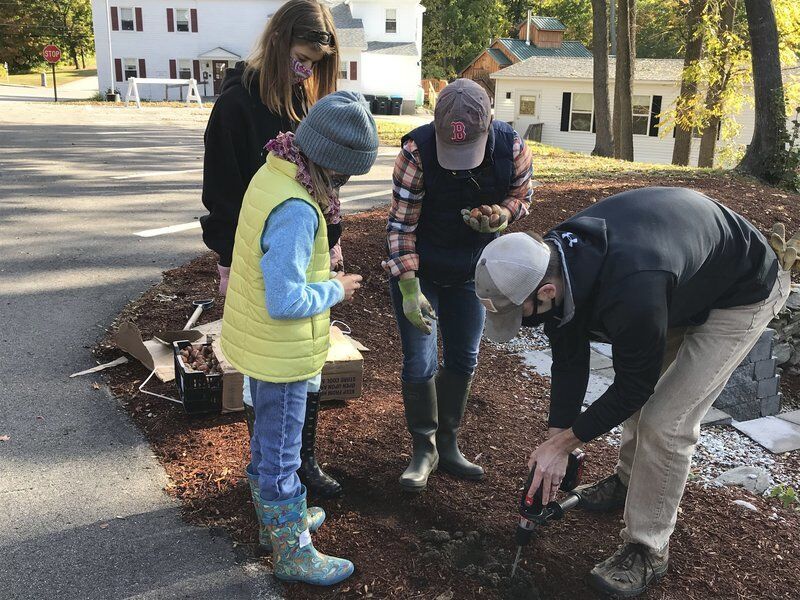 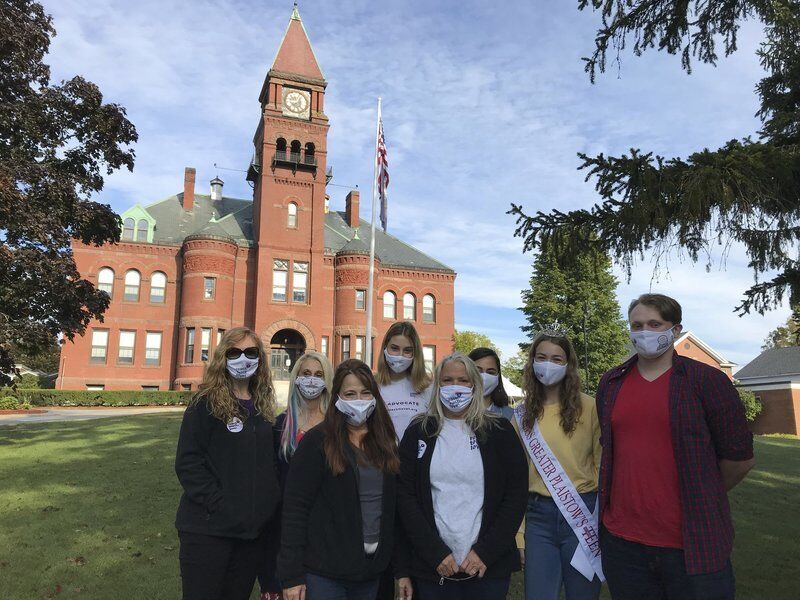 JULIE HUSS/Staff photoOrganizers and advocates for the new "Reach for Hope" community garden at Pinkerton Academy stand in front of the historic clocktower building Saturday before a planting of hundreds of yellow tulip bulbs began. The garden will symbolize hope to battle mental illness and support suicide prevention efforts. 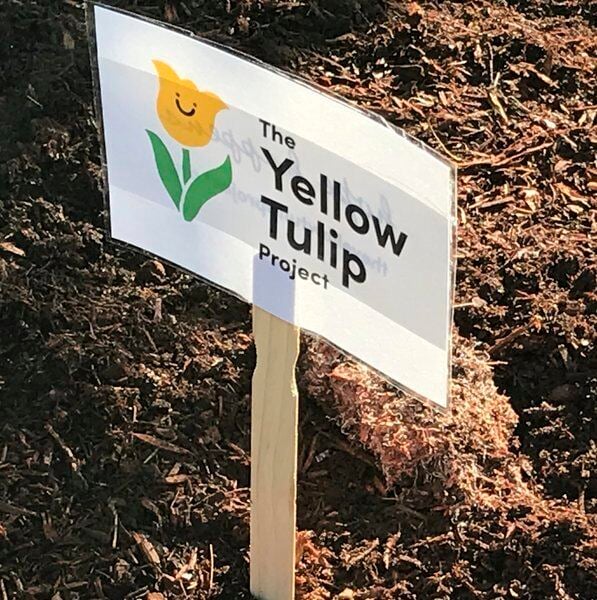 JULIE HUSS/Staff photoOrganizers and advocates for the new "Reach for Hope" community garden at Pinkerton Academy stand in front of the historic clocktower building Saturday before a planting of hundreds of yellow tulip bulbs began. The garden will symbolize hope to battle mental illness and support suicide prevention efforts.

DERRY — Hope, along with hundreds of tulips, will bloom next spring at Pinkerton Academy.

That, according to supporters and organizers of a new community garden project at the school, will sprout as a symbolic way of supporting suicide prevention efforts and mental health.

When the next spring comes around, 1,500 yellow tulips will burst at Pinkerton, a collective "Reach for Hope" garden effort joining organizations Reach 1, Teach 1, Love 1, The Jason R. Flood Memorial/Pizzastock, and The Yellow Tulip Project, with advocates and supporters on hand last Saturday morning for a massive bulb-planting show of support.

Doug Flood spoke to supporters at the event saying his son Jason was a talented musician, athlete and student at Pinkerton. Jason took his own life in 2016.

"Connecting with community, that's what today is all about," Flood said, adding the formation of the Jason R. Flood Memorial/Pizzastock organization has made music a key part of continuing his son's legacy while bringing awareness to mental health and suicide prevention.

Flood added even while his own son struggled, he reached out to friends who were battling mental health issues, offering an opportunity to talk and be a friend.

Holly Fenn, of Reach 1, Teach 1, Love 1, also experienced the pain of losing a child to suicide 11 years ago.

She founded the Bow-based nonprofit to spread the word about strength, hope and ending the stigma of mental illness.

The Pinkerton garden project is the second of its kind Fenn said. The first was created at Bow High School.

Fenn also credited her youth advocates who support the mission, sharing their own stories of mental issues and reaching out to their peers in support.

"They share their stories on our platform," Fenn said. "It's very important to kids to be connected to kids."

When it was time to start planting, volunteers opened up boxes filled with the small bulbs. A row of mulch near the lower green space on campus was made ready as power drills started rumbling to quickly drill holes where the bulbs would be placed.

Fenn said planting yellow tulips at Pinkerton will be a continuation of growth, hope and ending the stigma of mental illness.

"Now, more than ever, this garden will serve as a reminder that hope blooms," she said. "In the spring, students, staff and the community will have the delight of viewing bright yellow blossoms as the tulips rise from the soil after winter."

The garden will also be a visual image that even when life's seasons get cold and dark, there is a renewal ahead and hope is there, Fenn said.

"Come back in the spring," Fenn said, adding like people, the tulips are strong and resilient and will lay low in the dirt until they bloom.

"The sunshine will come again," she said.

A garden dedication will be held in May 2021.