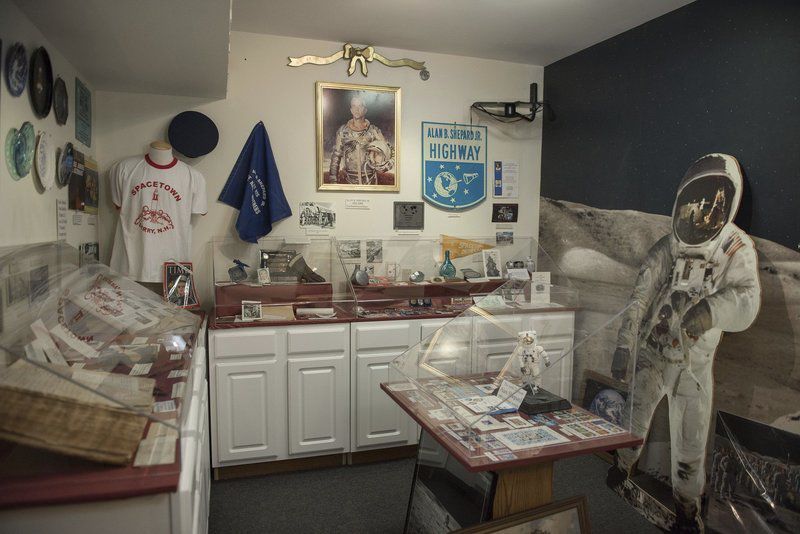 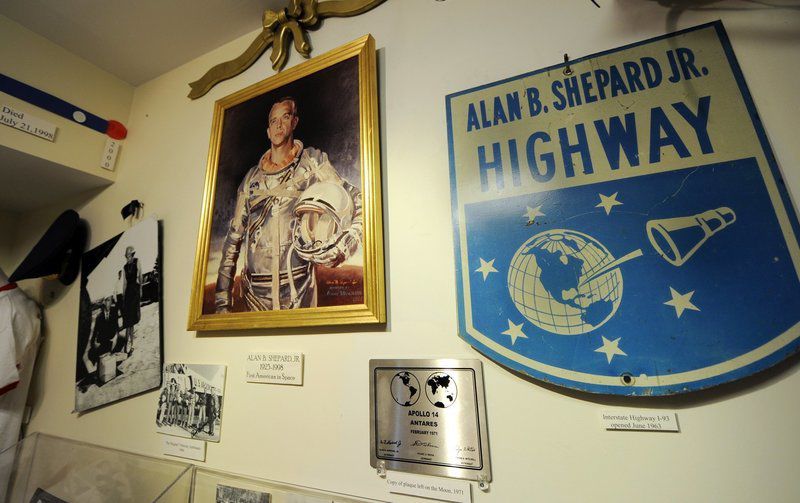 TIM JEAN/File photoA portrait of Alan B. Shepard Jr. of Derry, who was first astronaut in space, hangs above items on display in the Alan Shepard room at the Derry History Museum. 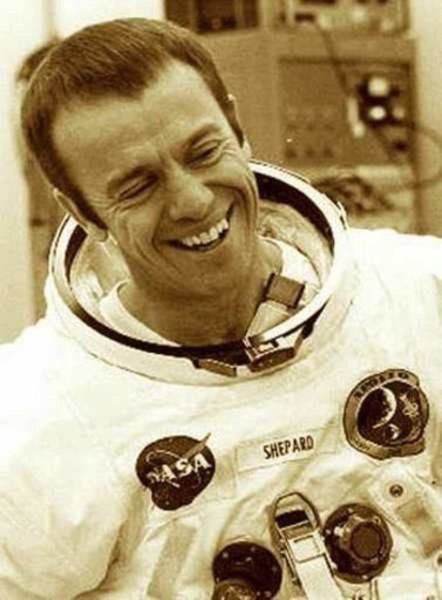 TIM JEAN/File photoA portrait of Alan B. Shepard Jr. of Derry, who was first astronaut in space, hangs above items on display in the Alan Shepard room at the Derry History Museum.

DERRY — Where were we, and what were we doing in the summer of 1969? Were we moving along in a job, raising a family, attending school, or just enjoying our childhood in a small-town neighborhood?

Most of us were doing at least some of these things.

It's likely all of us, though, took time to look upward that year, glancing to the stars and heavens, and reflecting on a monumental moon landing that took our breath away.

Since Derry became known as the original "Spacetown, U.S.A." following East Derry native Alan Shepard's monumental first "American in space" journey in May 1961, the town continued its quest to honor the heroes who ventured into the unknown, including Apollo 11's Neil Armstrong, Buzz Aldrin, and Michael Collins.

Years later, when hometown hero Shepard climbed aboard Apollo 14 to take his turn heading toward the moon, the Derry News — a sister publication to The Eagle-Tribune — once again featured and followed its hometown hero on a space journey. In the Feb. 11, 1971 issue, Shepard's moon trip and eventual splashdown back home was greeted with "noisy relief" in Derry.

Residents created an impromptu parade up Broadway to celebrate Shepard's moon walk. Fred Hooley even donned an asbestos suit to become a Shepard spaceman look-alike during the parade.

"It wasn't the largest, but certainly the most spontaneous," the headline announced on that day as Shepard came hurtling back to earth.

"It was appropriate that the Spacetown Cadets should be right up front with their band while back in the parade was a truck from Spacetown Auto Body Repair Shop," the local paper reported. "Derry was still very proud of the native who again put Spacetown, U.S.A. on the map."

The Shepard name is synonymous in Derry with many things: heroism, tradition, history and family.

Shepard was part of Pinkerton Academy's Class of 1940. The Derry high school named its teams the Astros following the original 1961 space flight. The high school's mascot is "Astro Man" and buildings on campus are named for the astronaut.

A portion of Interstate 93 is also dedicated in Shepard's honor and the local post office is named in tribute to the hometown flyer.

Derry's history museum has Shepard on display, with an entire room devoted to the local fly boy and his early life in Derry and future career as pilot and astronaut.

Family artifacts, stamps, photos, and other Shepard memorabilia line the shelves and walls of the museum room. The room includes a wall mural depicting a photo taken by Shepard while he stood on the moon's surface in 1971.

An editorial published following Shepard's death in 1998 described the hometown hero as a "cool, distant dreamer" who had grand aspirations while living in this modest southern New Hampshire community.

"His family was one of the most prominent in town, with large homes in East Derry and a cottage on Island Pond; he was friends with or played sports with some of the modern leaders in town," the editorial states. "When they think of him, the date will always be May 5, 1961, and Freedom 7 will be tumbling from the heavens as a conquering comet of space."

To learn more about Alan Shepard's life in Derry and his career as an astronaut, visit the Derry History Museum in the lower level of the Adams Memorial Building on Broadway. For hours and information, call 603-434-1247 or visit derryhistorymuseum.org.

"I was 11 years old in July of 1969, a small-town girl living in central Pennsylvania and I felt quite lucky to have my very own black-and-white television set in my bedroom. I remember being awakened by my mother after I had fallen asleep that night to watch Neil Armstrong take those historic first steps on the dusty Sea of Tranquility.

"From that day on I fell in love with various astronauts through the years and became quite taken with the whole space mission world. I still have my special Apollo 11 trading cards, faded and yellow newspaper clippings, and commemorative magazines stuffed into an old scrapbook of my life.

"It was a big deal for me 50 years ago, and I never stopped watching the lunar landings to follow, including Alan B. Shepard Jr.'s Apollo 14 mission in 1971."