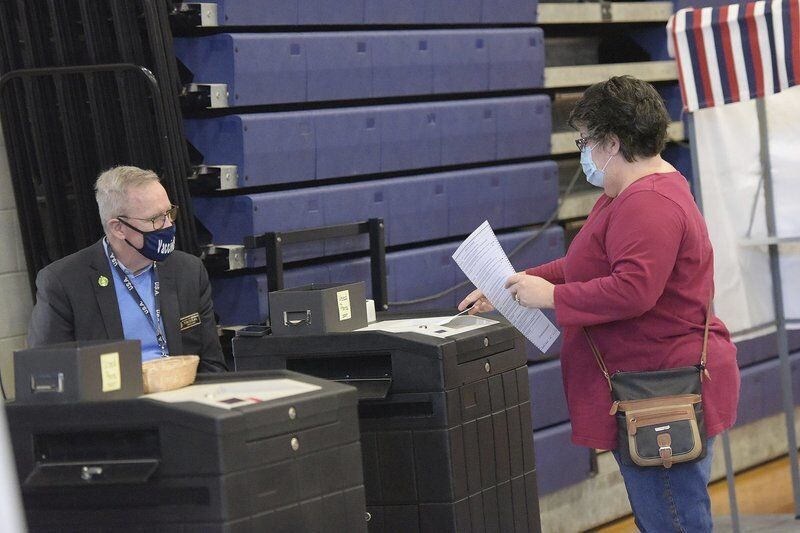 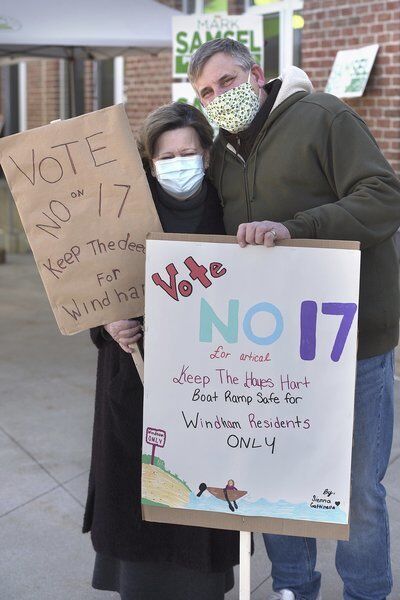 TIM JEAN/Staff photoMaureen Homsey, left, and Jim Stap, campaign for Article 17 outside of Windham High during the town election. 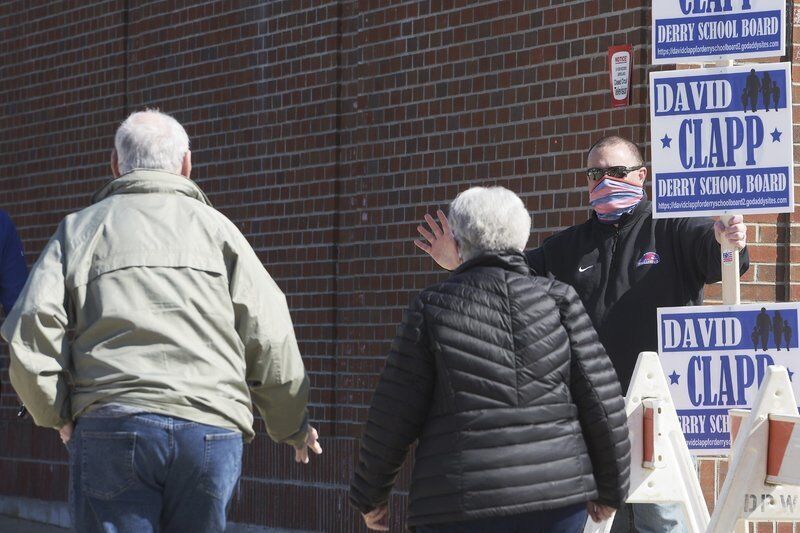 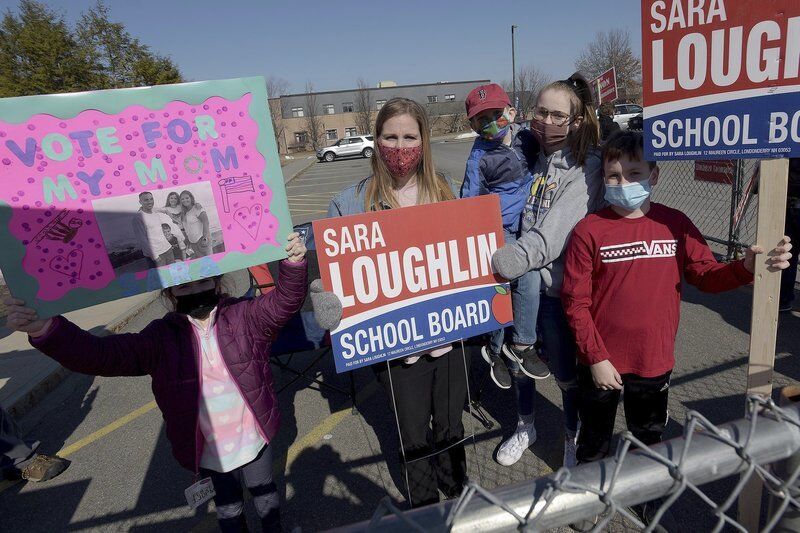 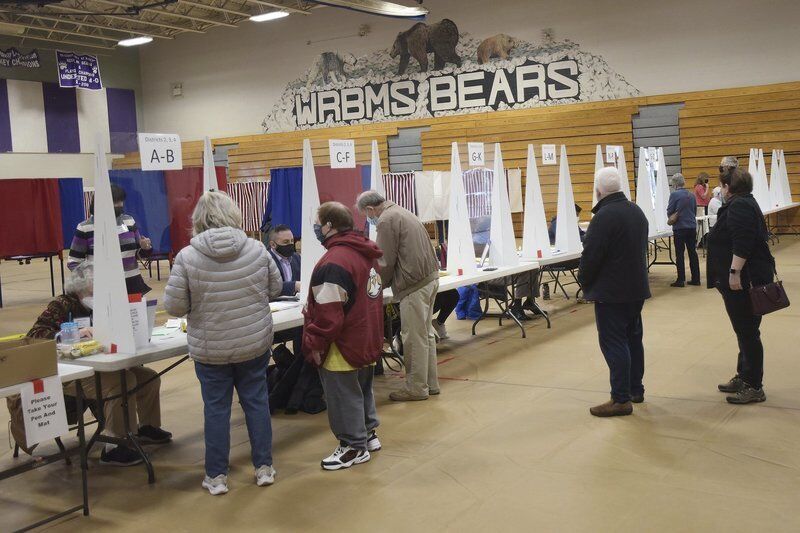 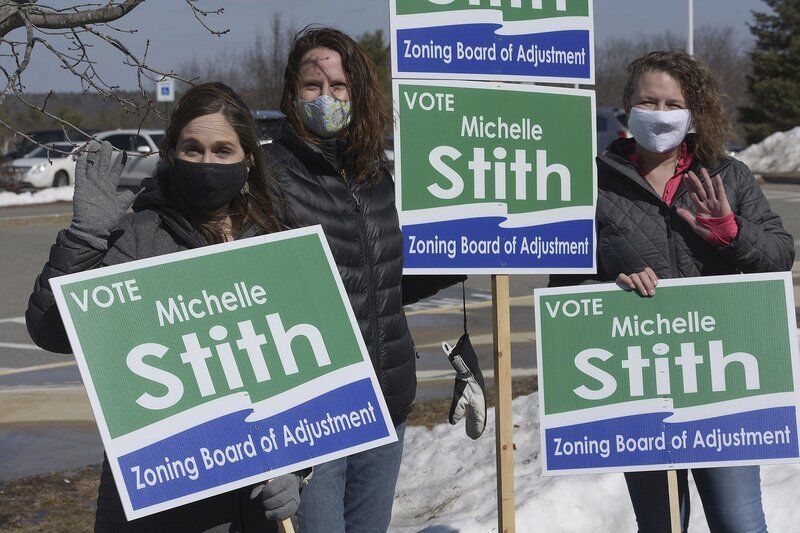 TIM JEAN/Staff photoMichelle Stith, left, a candidate for Zoning Board of Adjustment, campaigns with her friends Amanda Laws and Michelle Feyler outside of Windham High during the town election. 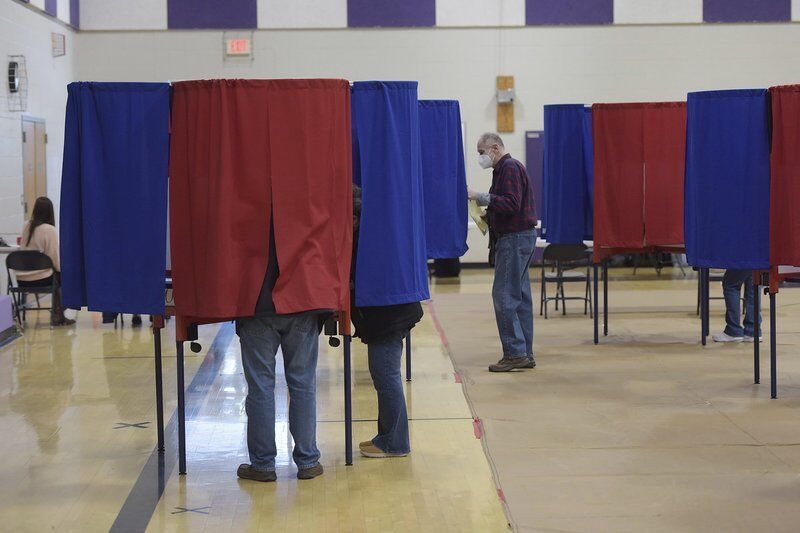 TIM JEAN/Staff photoMaureen Homsey, left, and Jim Stap, campaign for Article 17 outside of Windham High during the town election.

TIM JEAN/Staff photoMichelle Stith, left, a candidate for Zoning Board of Adjustment, campaigns with her friends Amanda Laws and Michelle Feyler outside of Windham High during the town election.

Area towns picked town and school officials, considered operating budgets, and decided on whether to spend money on various projects and repairs.

Election day Tuesday was sunny, with comfortable temperatures for a winter day as voters in all four of Derry’s voting districts came out to cast ballots at the town’s sole polling location at West Running Brook Middle School.

Town councilors had approved using a single voting location for all four of Derry’s voting districts. Safety protocols continued to be in place for those coming out to vote.

Derry voters were set to consider not only town and school district officials but also considered a $92.8 million school budget and two collective bargaining agreements.

Town Moderator Cristina Guilford, who also was on the ballot running unchallenged for the school moderator job, said she hoped people would be excited about the day and come out and vote.

When giving an earlier update to Town Council, Guilford said it’s important for voters to show their support for all those running for various offices.

“People are putting themselves out there,” she said, “so it would be great if people came out and voted for them. I’m hoping for a good turnout, please don’t prove me wrong.”

But by 9 a.m., Guilford said only about 224 voters had come out. At 3 p.m., the vote tally was 894. And anyone with coronavirus quarantine concerns was able to vote absentee ballot via curbside.

Guilford also reported about 100 absentee ballots were processed, far less than the number last November during the general election.

There were also plenty of “I Voted” stickers to distribute, Guilford said, adding that last November, some voters missed getting the traditional evidence of a ballot cast as Guilford made the decision not to physically hand the small stickers to voters due to pandemic concerns.

At the polls in Windham

Windham High had a steady stream of voters Tuesday, with candidates standing outside the entrance holding signs to drum up support, greeting voters and ready to answer any questions about what was on both the town and school ballot.

With the town still going through some vote tally challenges following last November’s election and a state recount that followed in the town’s District 7 state representative race, Town Moderator Peter Griffin said the four voting machines being used Tuesday were not the same ones used last November.

“They are locked in the vault here with the original seal and not touched,” Griffin said.

Griffin has served as moderator for nearly 28 years and said every year he is thankful to all who help with the election process.

“And town elections are so important,” he said. “It has an immediate effect on your bottom line.”

Londonderry Supervisor of the Checklist Chairman Kristin Grages said she expected the traditional lower turnout for the March election, typically expected to be around 13-14% of the total checklist. Last March, 2,894 Londonderry residents voted.

But last November’s numbers were a different story.

Londonderry totaled about 78% of its voters casting ballots for the general election — about 14,000 votes cast out of the town’s 20,424 voters on the checklist.

The high school gymnasium polling location also encouraged voters to use hand sanitizer and disinfectant wipes. Masks were not required but many chose to mask up, and anyone not wishing to do so had a separate area to cast ballots.

Londonderry Town Manager Kevin Smith commented on social media he was proud to be checked in prior to voting by his mother Denise, who was working the polls.

“She even asked me for my name, address and ID,” Smith said.