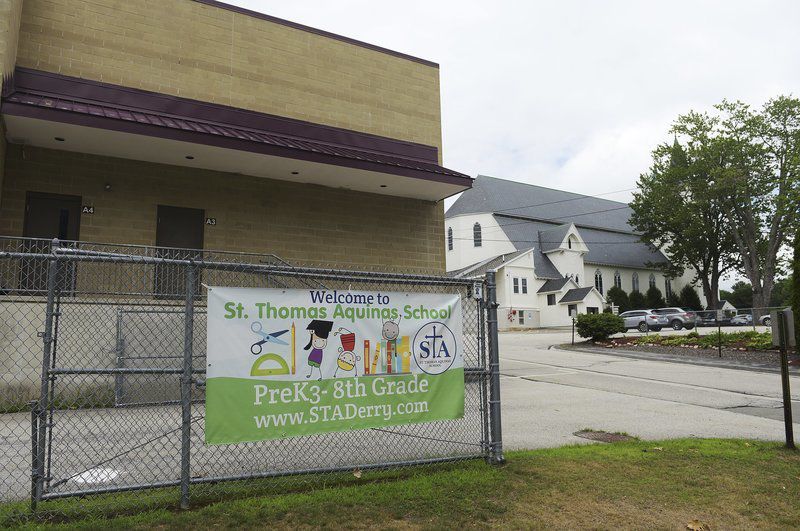 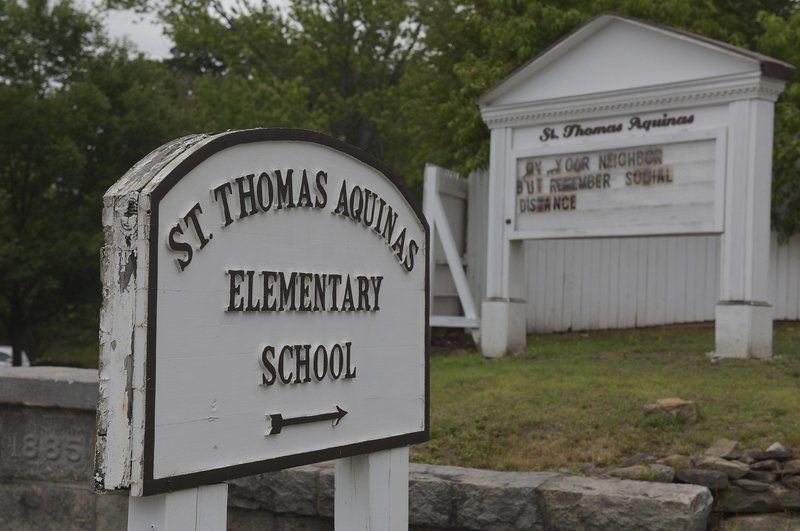 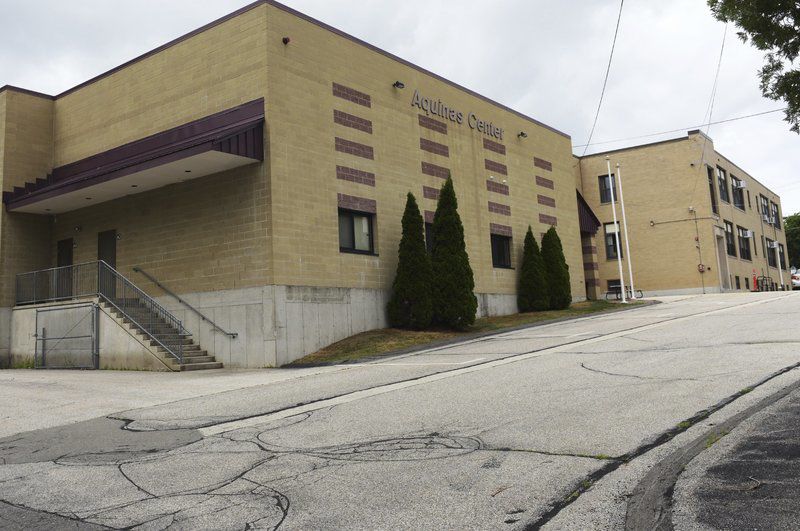 TIM JEAN/Staff photoThe St. Thomas Aquinas School in Derry will close its doors. The pre-kindergarten through eighth-grade school has served the Catholic community in the area for decades.

TIM JEAN/Staff photoThe St. Thomas Aquinas School in Derry will close its doors. The pre-kindergarten through eighth-grade school has served the Catholic community in the area for decades.

DERRY — A school is so much more than a building — it is a community, a family, it is memories, the love and dedication of its teachers and staff.

The school, located behind the Catholic church off Moody Street, will close its doors due to several issues including declining enrollment and upgrades and improvements needed to the structure of the building.

In a letter last month to St. Thomas families, Superintendent of Schools David A. Thibault said the decision to close the school was “heartbreaking.”

Saint Thomas Aquinas School opened its doors in 1954 with an enrollment of 136 students in first through fourth grades. The school added fifth grade in 1955 and the numbers grew by 25%.

The adjoining, 11,000-square-foot Aquinas Center was built and dedicated in 2003, offering multifunctional space to serve both school and church with a cafeteria, meeting rooms, gymnasium and performing arts area.

The school currently served pre-kindergarten through eighth-grade students from area communities and had an enrollment last year of 111 students, Thibault said. To keep the school moving forward and viable, the numbers needed to be about 170-185. The numbers were falling short.

The school needed 95 returning students to be registered, with an additional 20 to be enrolled this summer. As of June 21, there were 71 signed up.

“Enrollment has gone down over the past five or six years,” Thibault said, adding many similar Catholic schools have seen struggles and low enrollment in past years. It depends on the location, he said, for how well a school can perform.

“There are some great success stories,” he said, “and some schools not so much.”

Other issues included some structural improvements needed at the school to make sure all fire codes were up to date. A recent GoFundMe page had asked for financial support to help with those costs.

It’s not just Catholic education seeing declines in recent years, Thibault said. It’s also the parish itself, the church congregation, the gathering of those of similar faith that are being affected by lower numbers and a change in the more traditional parochial model.

“We had talked about what we could do, to balance the budget, et cetera, but in the end, taking all things into consideration, it was heartbreaking,” he said.

The closing of the Catholic school comes not long after another religious landmark in the community had to close its doors.

At the end of April, Holy Cross Catholic Church on Hampstead Road in Derry officially shut its doors due to an expired occupancy permit and concerns over the building’s failing fire sprinkler system. The church served the community for 20 years.

Nancy Garcia said she sent three children to St. Thomas School and how much she valued the education received there.

“I am 100% sure that would not be without the consistency between school values being taught and Catholic values being displayed at home,” she wrote. “The combination of the two make for a strong and faithful foundation that will stay with them for a lifetime. This was our hope for our children’s future.”

Families will receive guidance and information on making a transition to another Catholic school within the Diocese of Manchester, Thibault said.

Schools are currently located in Manchester, Salem and Litchfield. It’s the goal to make any transition as smooth as possible.

“We sincerely hope you will embrace the opportunity to continue your child’s Catholic education,” Thibault wrote in a letter to families, adding all tuition rates and financial aid agreements will be honored in making the transition.

“We will be as welcoming as we can or these families,” Thibault said. “Part of our vision is to have education acceptable and available.”

Thibault said the teams at St. Thomas, the families and leadership all played a huge part in making the decision and making sure families are kept informed and cared for.

That also includes the staff at the school that, Thibault said, would receive support on possibly moving to another teaching position within the diocese.

“It’s a great group of dedicated people who love the school,” the superintendent said. “You see these beautiful faces, this beautiful staff.”

And what the future holds may still be an unknown, Thibault said.

“Once the dust settles, we will work with parents, keep all our options open for the future,” he said. “The important thing is to minister to these families.”