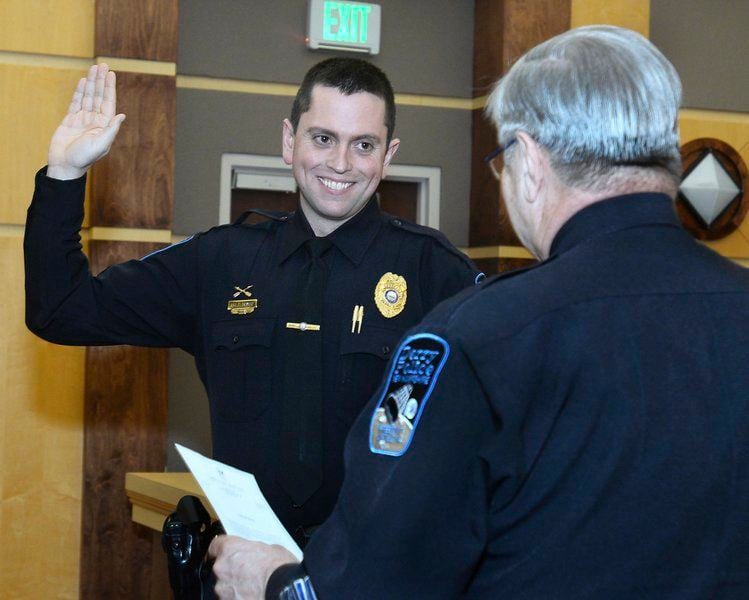 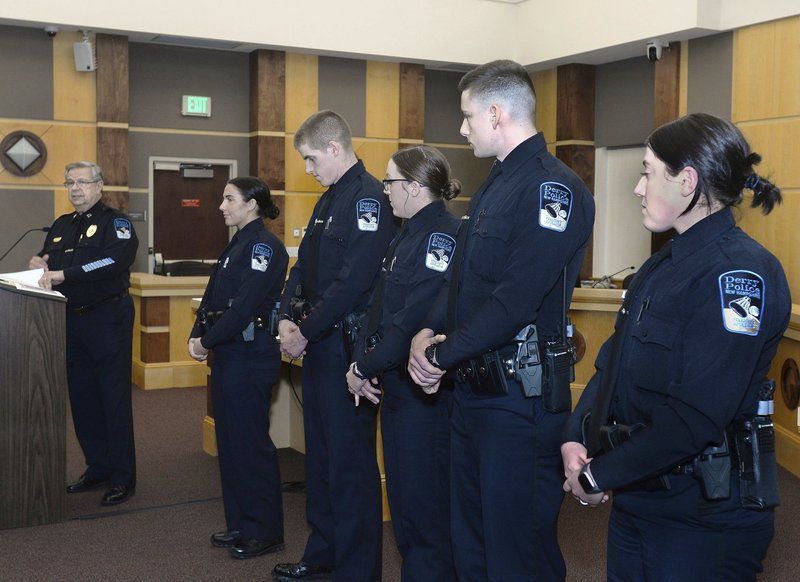 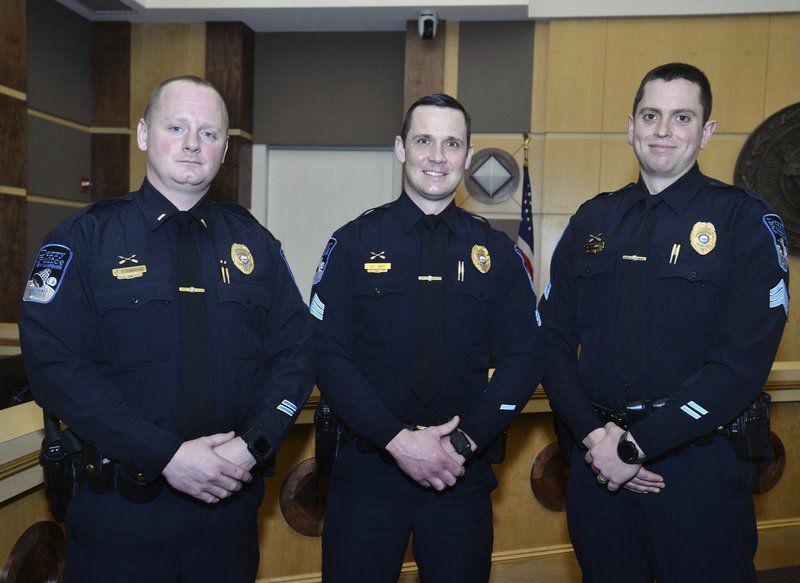 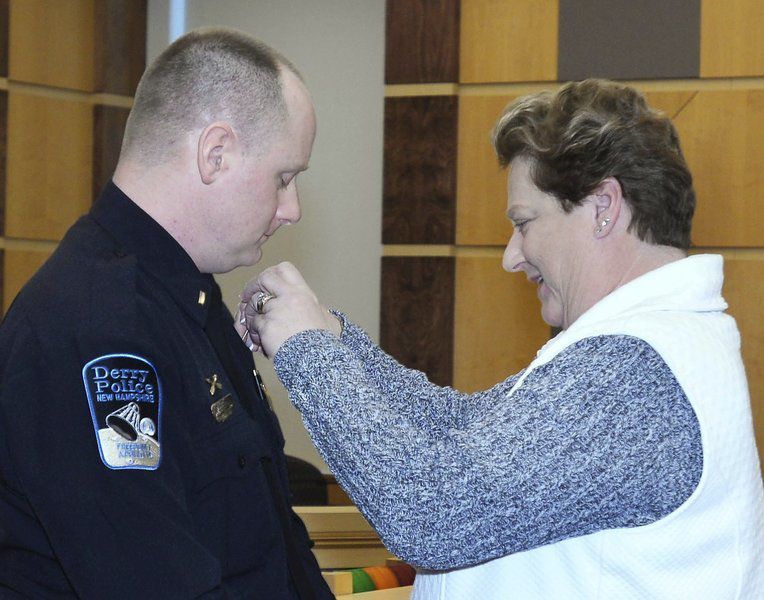 DERRY — They are the best of the best and ready to join the local force.

That, according to Derry police Chief Edward Garone, is what five new members of the local department will bring to the community — a lot of training, commitment and service.

Garone led a recognition ceremony Jan. 3 at the Derry Municipal Center, not only welcoming the new officers, but also honoring those retiring from the force after decades of service and promoting others to new ranks.

Some of the new hires already graduated from the New Hampshire Police Academy, while others will start the academy this month.

That, Garone said, is how the Derry department streamlines the process of bringing new officers to the force and finding just the right fit for the job.

"The very best are standing here looking at you," Garone told the crowd made up of family, friends, town officials and other department staff. "We are very proud of them, and I know you are."

O'Donaghue joined the Derry force in March 2008. He has assisted as an instructor with all facets of use-of-force training, Garone said. He is also a certified taser, baton, ground fighting and defensive tactics instructor.

Knox transferred to the Derry department in 2012 from New Castle and has served in various capacities including field training and firearms instructor and as an operator on the Southern New Hampshire Special Operations Unit. He is also an FAA Part 107 certified drone pilot.

Dawson came to the Derry force in 2012, transferring from a position in northern New Hampshire. He has multiple instructor certifications, as well, and acted as a field training officer for more than a dozen officers, Garone said. Dawson is also a crisis negotiator with the Southern New Hampshire Special Operations Unit and is an accident reconstructionist with the Derry police accident reconstruction team.

"They served a good number of years and really left a mark at the department," Garone said. "It's a sad day for me, but a happy day for them."

Beattie served the department for 23 years and Pike served 19 years.

As part of the ceremony, Garone presented retirement certificates and official retirement badges to Beattie and Pike.

Garone concluded by expressing appreciation to parents and families.

"Thank you for all the work you did before we got a hold of them," Garone said.