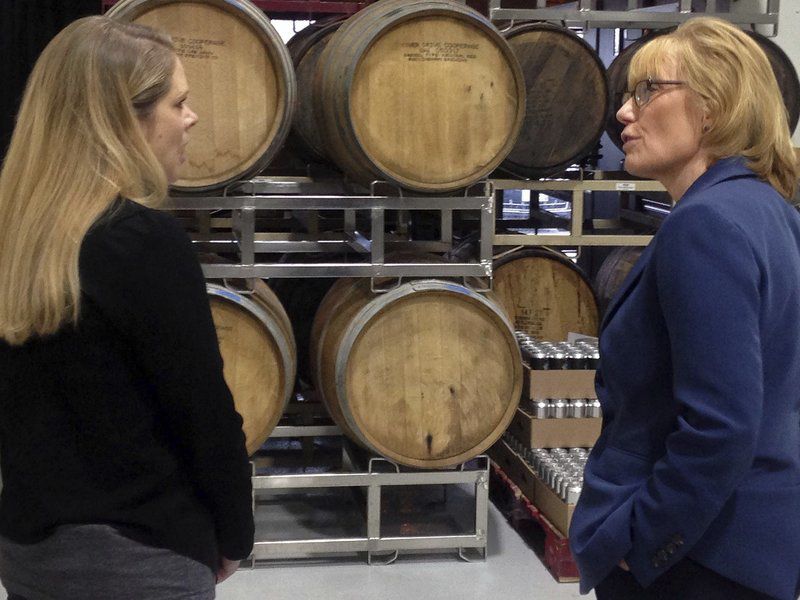 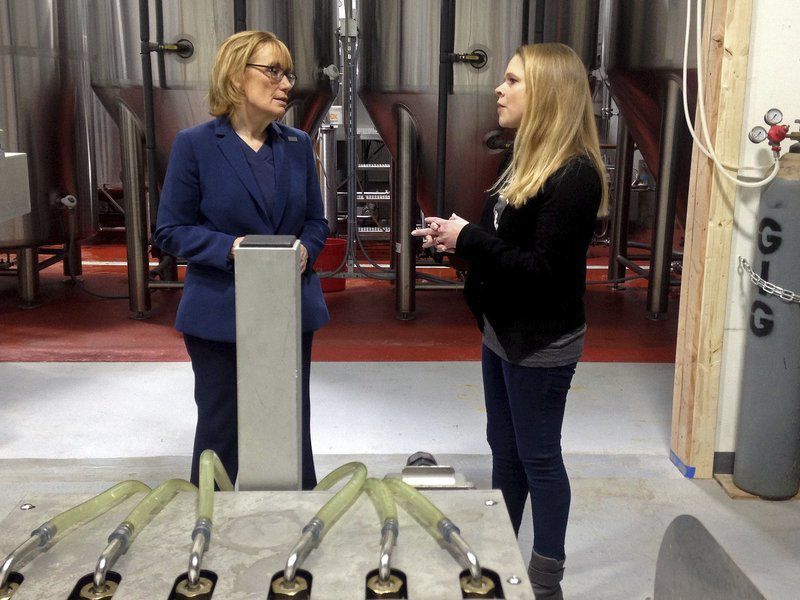 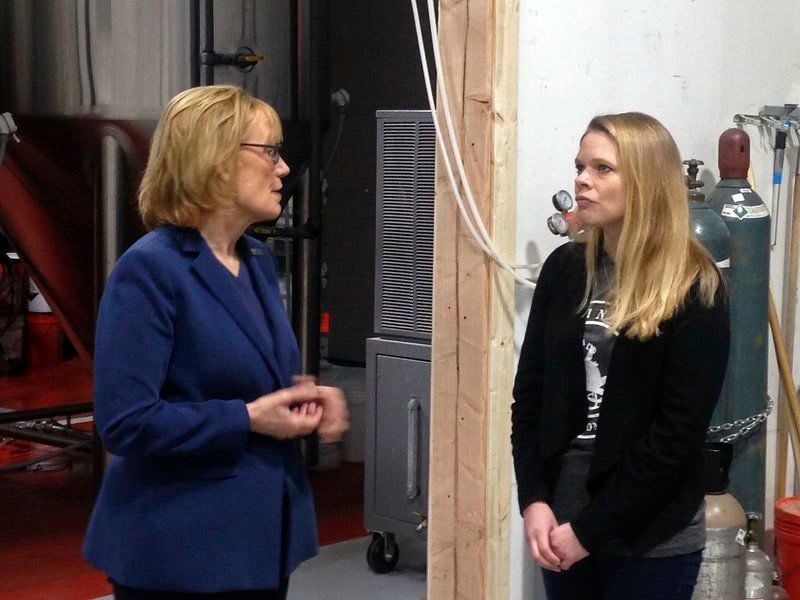 DERRY — Smaller craft beer operations in the area may get a financial boost thanks to an extension of a critical federal tax cut.

New Hampshire Sen. Maggie Hassan paid a visit Monday morning to Rockingham Brewing Company on Corporate Drive, touting the extension of the Craft Beverage Modernization and Tax Reform Act, which will lower the excise tax from $7 down to $3.50 per barrel for brewers making less than 2 million barrels of beer every year.

Hassan, a Democrat, is also cosponsor of the Craft Beverage Modernization bill that would permanently extend the reduction in excise taxes for craft breweries while also cutting through red tape and streamlining outdated federal regulations that could hold back small breweries hoping to grow.

The tax cut was set to expire at the end of 2019, but with bipartisan support from Congress, President Donald Trump signed a one-year extension.

And that could add money to brewing operations like Rockingham.

For Rockingham co-owner Ali Leleszi, it's an opportunity to put more funding back in the business —  about $3,000 per year that could support hiring additional staff or for other business upgrades.

The brewery opened at the Corporate Drive location in 2015 and always hoped to expand. Last summer, Rockingham celebrated a major doubling of its tap room size.

Leleszi said since the expansion, business has grown, with hundreds of people enjoying afternoons at Rockingham on weekends.

The tax cut extension will help the business grow.

"It means we can invest it back into our business," Leleszi said.

Leleszi led Hassan on a brief tour of the brewing operation and then sat down with the senator and others representing the state's brewing industry.

Leleszi told Hassan that this area, including Derry and Londonderry, have six breweries within a five-mile radius. Being included in the state's beer trail tour also brings in the crowds.

And beer is a bipartisan thing, Hassan said.

"There is bipartisan support for small businesses," the senator said, adding there is more bipartisanship happening in the nation's capital than is often noticed.

"That doesn't make the news," Hassan said. "It's important for people in New Hampshire to see people in D.C. working together."

Hassan said craft beer is an important industry in the state, bringing jobs but also boosting tourism. She said working in a bipartisan fashion in Washington also shows how important the small brewing companies are around the nation.

With the additional tax relief, Leleszi said Rockingham hopes to grow its staff. Right now there are five part-time staffers in addition to Leleszi and husband and co-owner Rob Leleszi.

Jeff Cozzens, president of the New Hampshire Brewers Association, told Hassan Monday he hopes more support is coming from both the state and federal governments to support small brewers like Rockingham. He hopes the extended tax relief can become permanent.

"New Hampshire beer is a smashing success," Cozzens said. "The industry has grown from 17 independent New Hampshire brewers in 2013 to almost 90 today."

He added those brewers are generating millions in economic impact in the Granite State.

Cozzens called the craft beer industry a true bipartisan effort, it makes sense to continue to support those small businesses with tax relief.

And for Leleszi and Rockingham, it's also a community of business owners who support each other.

"We couldn't have picked better friends and neighbors," she said. "We support each other, everyone does work together."