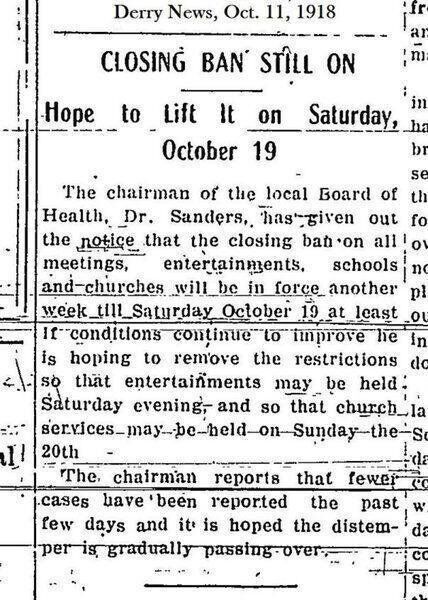 An entry in the Derry News circa 1918 gives some information on what the community was facing at that time during the influenza pandemic. 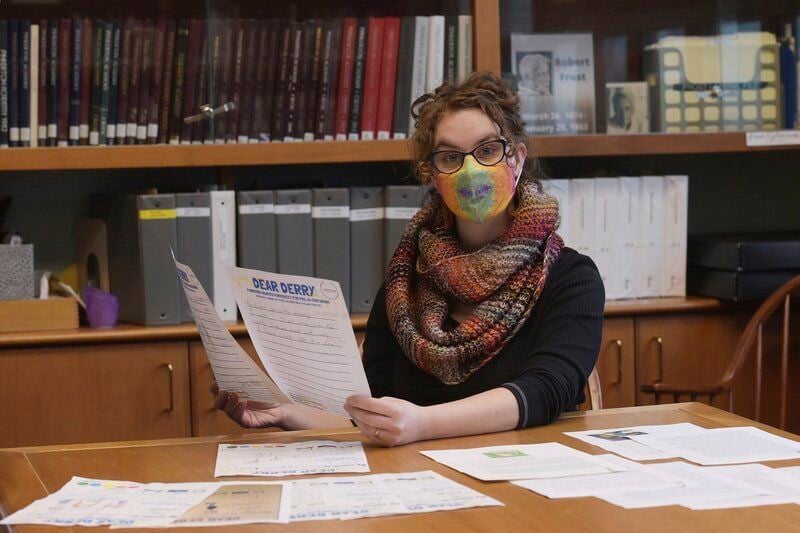 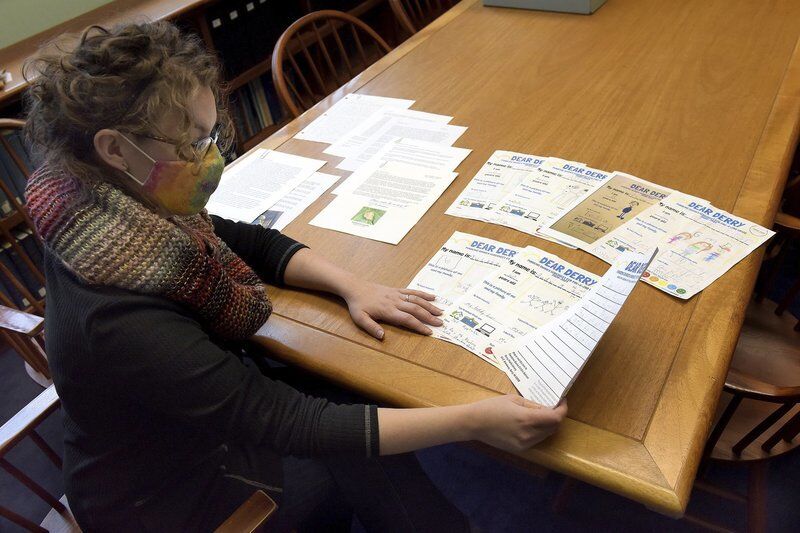 An entry in the Derry News circa 1918 gives some information on what the community was facing at that time during the influenza pandemic.

DERRY — It could be a daily entry in a simple journal about the way things are going in Derry.

And anyone who appreciates journaling or writing one's thoughts in a daily diary now has the opportunity to share insight with the community about how the coronavirus pandemic has affected people's lives.

A new Derry Public Library project, "The Pandemic Diaries," invites the community to submit writings, artwork, videos and other contributions as a way to look into the current challenging times facing the community as the coronavirus continues on.

The library asks for letters, artwork, and videos to help chronicle this historic time. All ages can participate to give their own personal views and stories of how the coronavirus has changed them, their families, the community and all aspects of life.

The project is a joint effort between the library, Derry Museum of History, Derry Community Access Media and the community’s citizens.

Library staff member Erin Robinson said many submissions have been received so far, from simple, colorful artwork to more detailed writings about how the pandemic has changed life's course for many in town.

Children have submitted drawings of their families with simple sentiments about daily life, doing homework, or just playing outdoors with pets.

More advanced looks into the world and community are also being accepted, from people who are analyzing the historical significance of the current times to just those who want to go on the record for saying the past year has been challenging and hard.

"Mostly, we are getting letters," Robinsons said one afternoon while looking over entries at the library. Sitting in the historic New Hampshire Room, Robinson said that spot was the perfect place to eventually store the "diaries" for future generations to appreciate.

The youngest who submit entries range from offering hand-drawn pictures to writings about what they do all day while learning remotely at home, or not being able to play with their friends safely

Some writings spark positive feelings of love and support, Robinsons said, while others are more brief and stark, asking for help and hoping things get back to some sense of normalcy.

Robinson added she has been researching the 1918 influenza pandemic that wreaked havoc around the world to see how people back then viewed the crisis.

Relying on digitized issues of The Derry News and other publications, Robinson said she is learning a lot.

"There are parallels to 1918," she said, adding she has read about the community back then, schools like Pinkerton Academy having to close, and how everyday residents were dealing with the illness sweeping through the community.

Historian and author of several local history books Richard Holmes wrote in a Derry News column last year that the year 1918 was a worrisome time.

"The first appearance of the Spanish influenza in Derry occurred on Sept. 19, 1918, when it was reported that there were seven or eight cases in town.," Holmes wrote.

Holmes recounted that during that epidemic nearly 1,000 Derry residents had caught the flu, including the town's librarian.

"Despite all the sickness, the town did somehow continue to function," Holmes wrote. "Some stores had to close but most remained open. Telephone calls took more time because so many of the operators were sick. Clubs, lodges, societies and pool halls were shut. The movie theater used the closed time to give itself a new paint job. The Catholic church had to double up on funerals."

"In later years, we survived the scourge of polio in the 1950s, the SARS epidemic in 2004 and swine flu in 2009," he wrote.  "As a historian, I have tried to understand the lessons of the past. Derry's history has led me to have total faith that despite the onslaught of the COVID-19 pandemic, we will once again stand strong as a town and soon, soon return to normalcy."

Derry History Museum curator Mark Mastromarino penned an article for the most recent issue of Pinkerton Academy's Alumnus magazine, saying that back in 1918, the school moved forward as best it could, canceling classes when needed, and urging students and families to take "every precaution possible."

For Mastromarino now, the current challenges will also give voice to many new takes on how a pandemic can affect society and a local community.

"And maybe back then they weren't so self-aware like we are today," he said. "They were just doing their best to keep things normal within their lives."

Mastromarino said he hasn't written his own submission yet, but when he does, he hopes it will join with others to be a true glimpse of a historical time in Derry that began in 2020.

"Hopefully, we'll learn something for future historians," he said.

All are invited to submit entries and information for the "Pandemic Diaries" project. Robinson said submissions will be accepted over the next several months.

Materials will be collected and stored in the library’s New Hampshire Room. Materials can be submitted online, by mail or in person. Visit the library’s at derrypl.org, email erinr@derrypl.org or call 603-432-6140