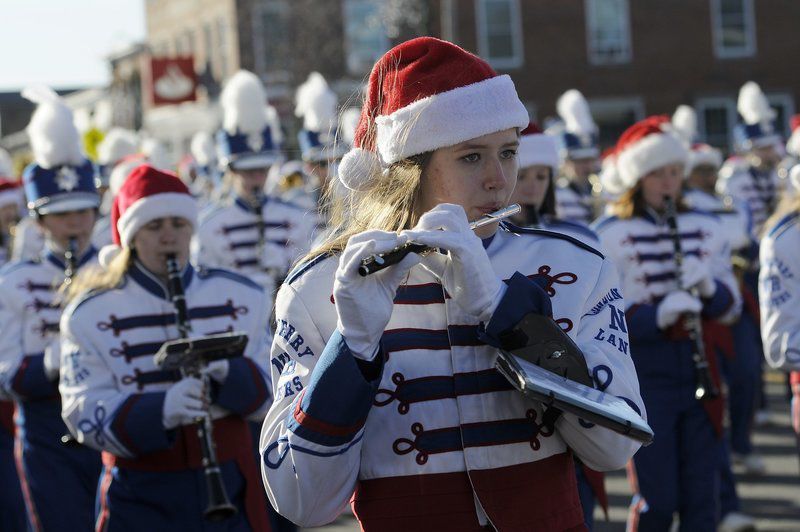 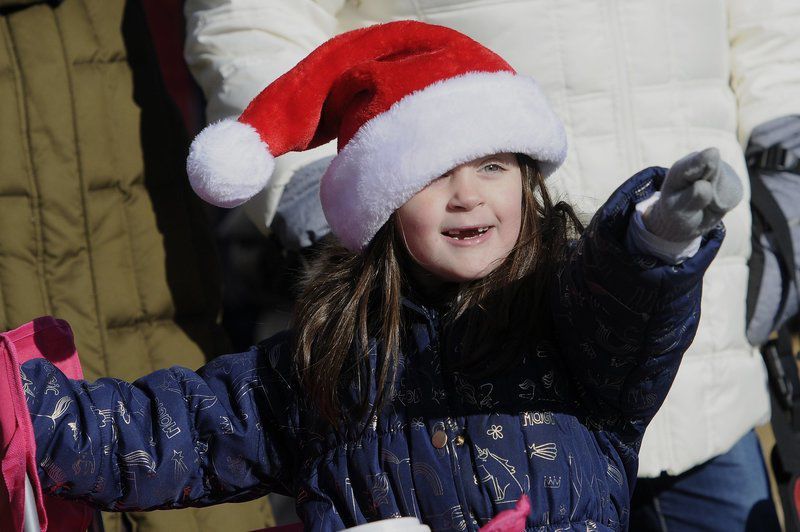 TIM JEAN/Staff photoEmma Hoffman, 6, of Derry, points towards one of the festive floats during the annual Nutfield Holiday Parade in Derry.

TIM JEAN/Staff photoEmma Hoffman, 6, of Derry, points towards one of the festive floats during the annual Nutfield Holiday Parade in Derry.

With the theme "Celebrations Through the Years," the parade honored this year's 300th anniversary of the original Nutfield settlement and included floats, marching bands, school groups, dancers, scouts and organizations all riding or walking the route and greeting the crowds.

The parade is a popular annual feature to help the community ring in the holiday season.

Even with the sunny skies, parade-goers bundled up amid some cold temperatures, filling sidewalks along Broadway and Crystal Avenue leading up to the parade's end at Hood Commons.

Floats and bands made up the parade lineup, with schools, businesses and churches taking on float design efforts in keeping with the theme.

In addition, the chamber's annual Citizen of the Year honoree, Melanie Davis, owner of The Grind Rail Trail Cafe, rode in style on the parade route, pulled in a wagon by a tractor provided by J & F Farms in Derry.

The Tupelo Music Hall was also honored as this year's Business of the Year award winner and Community Caregivers of Greater Derry took the newly awarded Nonprofit of the Year honor.

Following the parade, the holiday events continued on with the annual “Very Derry” schedule of activities for families including cookie decorating, visits with Santa Claus and other festive treats. A downtown "stroll" also put local businesses in the spotlight with special holiday events and activities, and the town tree was officially lit later in the day.